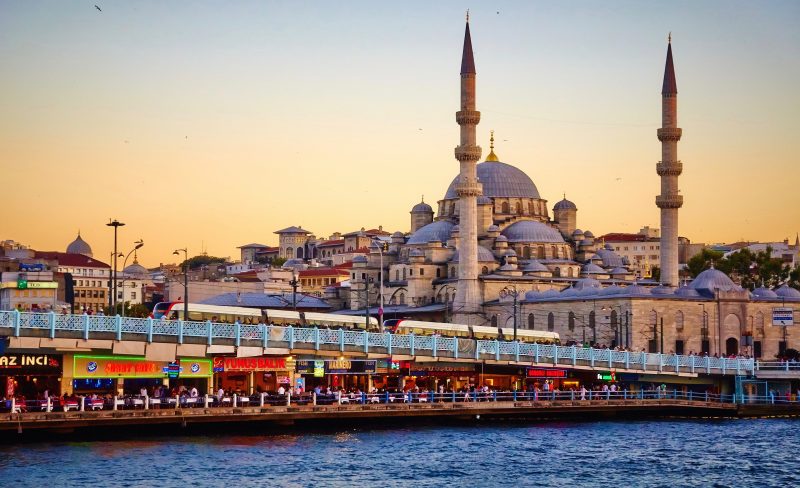 On December 31, 2016, a lone gunman shot 39 people dead in the Reina nightclub in Istanbul, Turkey. On June 28, 2016, gunmen killed 45 people at Istanbul's largest airport Ataturk. On both occasions citizens of Kyrgyzstan in Central Asia were implicated by media citing Turkish police or other government sources in the aftermath of the attacks.

In the case of the attack on Reina, claimed by the ISIS group known for its brutal military tactics in parts of Syria and Iraq, a Kyrgyz citizen has already been absolved by both Kyrgyz and Turkish authorities.

But that was not before his name and passport image sped across the internet after Turkish mainstream media identified him as the assailant.

Speaking in an interview with Kyrgyzstan's leading privately owned news agency AKIpress Iakhe Mashrapov said he was “not an extremist and not a terrorist”; rather he was a trader that worked between the largest market in the south of the ex-Soviet country and Istanbul.

According to Mashrapov he was in Kyrgyzstan at the time of the attack, leaving for Istanbul on January 1 and returning — following questioning by Turkish authorities — January 3. Stills from video footage of the alleged Reina gunman distributed by Turkish media do not closely resemble him and it is unclear how an image of his passport came to be in the outlets’ possession.

In the meantime, Kyrgyzstan's State Committee for National Security (GKNB) has said it believes the attacker is from China.

That has not been proven. But the confusion around the attacker's ultimate identity is not dissimilar to that witnessed following an attack on a Chinese embassy in Kyrgyzstan itself in September.

The regionally-focused website Eurasianet.org reported on the complicated investigation into that attack.

[The suicide bomber was an] “unidentified member of Uighur terrorist groups, an ethnic Uighur, using the passport of a citizen of Tajikistan. Blew himself up on August 30 at the Chinese Embassy in Kyrgyzstan. According to the testimony of witnesses and accomplices in the terrorist attack, he spoke in Uighur and Chinese,” the GKNB said in a statement.

The ultimate identity of the [suicide] bomber carrying a Tajik passport with the name Zoir Khalilov thus remains a mystery.

While most [of the other] suspects were advertised by the GKNB using passport-style photos, the man that actually drove the car into the embassy’s gates before self-combusting is shown only in a captured still from airport surveillance.

That man, in turn, was said to be working under the orders of Sirozhiddin Mukhtarov (also known by the nom de guerre Abu Saloh), a Syria-based militant who now seemingly heads a militant group subordinate to the Al-Nusra front.

The GKNB identify Mukhtarov as a Kyrgyz national and an ethnic Uighur (while adding confusingly that he is listed as an ethnic Uzbek in the dedicated field in his passport). According to an RFE/RL report from 2015, his YouTube addresses are in Uzbek (the two languages share strong similarities but are not identical). How the GKNB established the link between Mukhtarov and the bomber is not clear.

In the aftermath of the Istanbul airport attack on June 28, Western media and Turkish media citing government sources had claimed Kyrgyz, Uzbek and Russian citizens were involved. That news also travelled around the world.

The involvement of Kyrgyz nationals in both attacks is a possibility, of course. Kyrgyz citizens enter Turkey visa free, and according to local security services, hundreds are said to have used the country (typically arriving from Russian airports) as a staging post to enter Syria to fight with militant groups that include ISIS.

But as noted in an article written by Uran Botobekov for the Diplomat magazine, Turkish authorities did not publish the final list of the names of the airport attack planners and perpetrators alongside their citizenships.

That left reporters and analysts guessing whether the original investigative leads so widely reported on had been decisively proven or not:

The names of the arrested indicate they are of Chechen or Dargin origin. A source in the Kyrgyz Foreign Ministry told The Diplomat that perhaps some of them are Kyrgyz citizens of Chechen nationality. Turkish police did not give any information since a Kyrgyz name was not on the list, but not all Kyrgyz citizens are ethnic Kyrgyz. Wahhabis in Central Asia and the North Caucasus have the same roots and it is not a secret that there are Chechens living in Kyrgyzstan, some of whom are strongly involved in radical groups.

In the same article, a Kyrgyz student living in Turkey was quoted as feeling increasingly under suspicion following the June attack on the airport:

We are concerned after the terrorist attacks in the international airport and our Turkish friends, teachers, neighbors, employers began to look at us with suspicion…I have a feeling as if I was in a strange and unfriendly country. The air is filled with the atmosphere of phobia. We are afraid of this.

Ever since the media reports of a Kyrgyz citizen's potential involvement in the Reina attack broke January 2, social media users have focused on two things.

One is the widely-felt shame, or indignation, that the country is again in the news for the wrong reasons, possibly without concrete justification.

The other, which should not be ignored as Central Asians are increasingly being linked to attacks on Turkish soil, is the perceived ease with which a non-Kyrgyz citizen — presumably by corrupt means — can obtain a Kyrgyz passport under any identity from the country's graft prone State Registration Service.