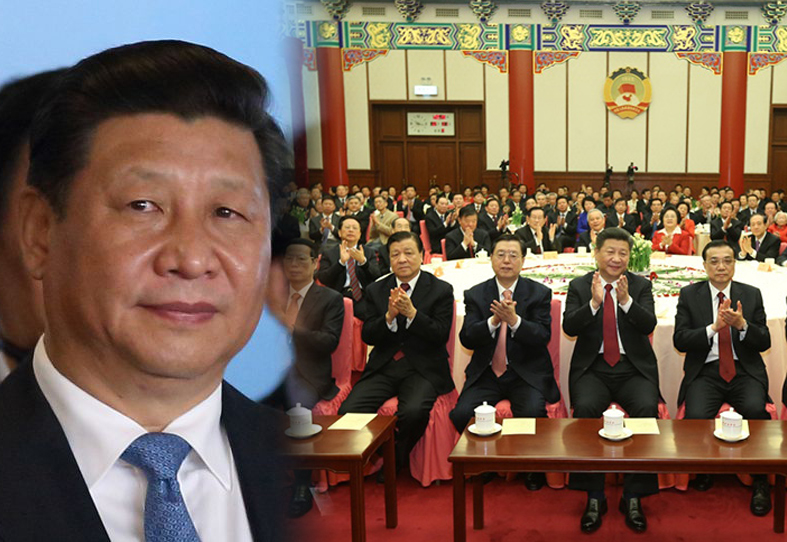 This post was written by Catherine Lai and originally published on Hong Kong Free Press (HKFP) on January 1, 2017. The version below is published on Global Voices under a partnership agreement.

Foreign non-governmental organisations are facing uncertainty and confusion now that a new law came into effect on January 1 in China.

The Law on Management of Domestic Activities of Overseas Non-Governmental Organisations, which was passed in April, requires any group operating in China to register with the police and be sponsored by a government entity. Groups with temporary projects must also seek approval and register with police.

I think it’s accurate to say – and not necessarily because they do work that they think is especially sensitive, but even groups who have worked in the country for decades and have very satisfactory relationships with the authorities – want to comply with the law but can’t.

The lack of details from the government on how the law will be implemented is causing confusion and uncertainty among overseas NGOs. The official list of government agencies and mass organisations that can sponsor international NGOs was only released on December 20, less than two weeks before the law was to be implemented. The government announced in November that there would be no grace period for the law’s implementation.

The China program manager for an international NGO said that her organisation has been actively speaking with stakeholders including international NGOs, diplomatic officials, and local partners since the draft law was released in 2015:

…and it’s been very difficult for us to figure out how exactly we would go about complying with the law.

She asked that her organisation – which works with groups within China to promote democracy and transparent governance – not be named to ensure the security of the groups they work with.

Government officials they spoke to who may be implementing the law are also uncertain about their role and the steps they are supposed to take, she said:

With so much uncertainty on both sides both implementing and acting underneath it, it’s going to be very hard to get it working very effectively.

The law is pretty broad, so it’s not just charities and NGOs – or what we think of as NGOs – it also includes trade and business groups, chambers of commerce… technical institutes, people working on economic issues, technical assistance, artistic and educational groups – there’s a pretty wide range of groups here.

He also noted that there are two main points of uncertainty – whether NGOs can find an official sponsor, and the vague definition of what constitutes a “temporary activity” for groups trying to get approval for projects.

If you just go to China for a meeting, is that an activity? […] If you have to file paperwork on every activity that is part of a project, then that’s a lot of paperwork.

For NGOs hoping to register a representative office, the biggest hurdle is finding an official sponsor, he said:

To get a sponsor, you have to have a good relationship with the government.

When asked what will happen to NGOs who do not have a sponsor after January 1, he said:

In a study carried out by the China Philanthropy Research Institute and China Global Philanthropy Institute, some Hong Kong-based groups said their sponsors had asked them to suspend their work on the mainland. Others reported an increase in paperwork and stricter procedures after the law was passed, and some declined to be interviewed.

The law also states that foreign NGOs must not “endanger China’s national unity, security, or ethnic unity”or “harm China’s national interests, societal public interest and the lawful rights and interests of citizens, legal persons and other organizations.” It applies to all non-mainland NGOs, including those based in Hong Kong, Macau and Taiwan.

Government officials said rapid growth in the number of groups made the new law necessary and claim it will facilitate the activities of NGOs, which until now have operated in a legal grey area. But the law has been criticised by rights groups as being part of President Xi Jinping’s crackdown on civil society – they say the broad provisions could be used to target groups doing work that the Communist Party does not like.

The international NGO law will give the government greater control over civil society as part of a series of other laws, including a new charity law which took effect in September, and new rules on social organisations released in August. Richardson, the China director of Human Rights Watch, said:

One of the really negative effects of the law and the discussion around it is that whole sectors of the NGO community… suddenly feel that they are being treated as subversives or enemies or somehow problematic when for decades they have been the real ballasts of China’s relationships with other countries at times when the political relationships were quite rocky.

Why the government has not found a way to mitigate some of these fears is, I think, because the authorities want to have the arbitrary power to say yes to this one and no to that one.

Maya Wang, Asia researcher for Human Rights Watch, said she sees that NGOs are dealing with the new laws in different ways:

Those with good relationships and which focus on work that the government consider as ‘non-sensitive’ have sought to continue their presence in the country by complying with the stringent new requirements; but others have relocated their operations and staff from China or in some cases, stopped their work in China.

Although she does not consider her organisation’s work to be subversive, the China program manager for an international NGO, who chose to remain anonymous, said the broad discretion that the law gives to public security officials to decide what is harmful to national security and public interest is worrying because it is unclear how it will be employed:

That broad discretion, from the lens of [international NGOs] like ours, is very worrisome when we couple it with everything that’s been happening with civil society over the last 36 months, where we’ve been seeing a political tightening, ad hoc and random detentions of civil society actors, be it human rights, be it labour activists, be it people working in women’s empowerment.

However, she said groups – as well as their funders – should also look for the silver lining. Focusing too much on the negative aspects of the law could lead to missed opportunities, she said:

The laws have actually, since the drafts were initiated, created some space for dialogue between civil society groups and security officials that wasn’t necessarily happening before.

Building on this dialogue could help the authorities understand that civil groups can benefit society as a whole, and the trend of the laws towards promoting greater transparency is encouraging, she said.

The organisation plans to continue running their program:

I’m remaining cautiously optimistic that groups – at least until the dust settles – will be able to continue operating and doing their programs while everything gets sorted out.