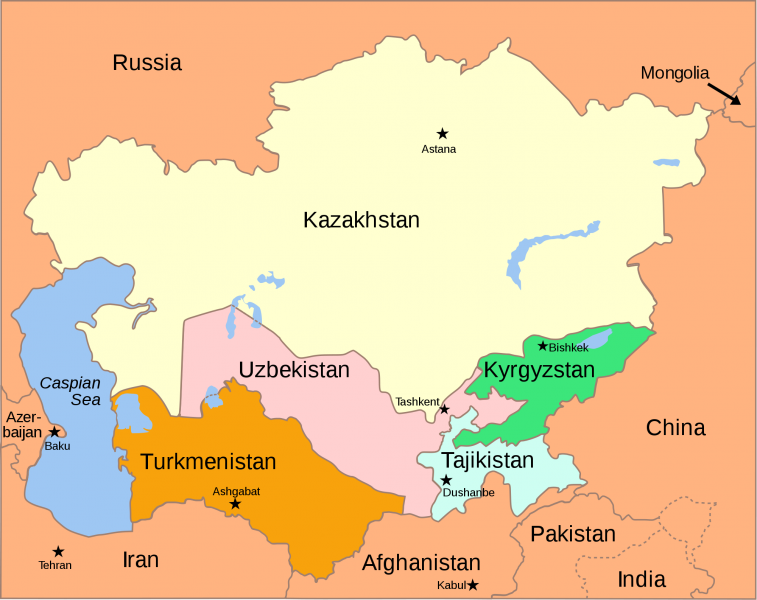 Despite occasional whiffs of volatility, Central Asia has remained remarkably resistant to real change, either the type that could see it deteriorate into a hotbed of violence and chaos as some have predicted, or the kind that might inch it in the direction of democratic rule and socio-economic wellbeing, which almost no-one suspects will happen.

Consequently, while a lot of things happened in the region this year, none of it will necessarily look meaningful when (or if) historians look back on Central Asia's 2016 in 50 years time.

As in 2015, Central Asia's rulers are still really, really powerful men aged over 55-years-old. The region's oldest and arguably most powerful ruler, Uzbekistan's Islam Karimov, got so old, that he actually died [1]. Ignoring Kyrgyzstan, which has seen two revolutions in just over a decade and boasts fairly competitive elections, death is the only surefire way of removing a Central Asian president from office (see ‘comment of the year’).

Moreover, even if a standing Central Asian president does die, there is no promise his successor will be any better. In Uzbekistan, Karimov's successor, his prime minister of over 13 years, Shavkat Mirziyoyev, was elected this month with around 90% of the vote facing nobody in particular, including two of the very same nobodies that Karimov beat in a presidential vote last year. In Turkmenistan, President Gurbanguly Berdymukhamedov has swapped his predecessor's cult of personality for his own and forced through constitutional changes [2] that will enable him to rule for life. Emomali Rakhmon, whose Tajikistan is the former Soviet Union's poorest descendant, did something very similar, adding a new legal provision lowering the age limit for presidential candidates in the country. That is a change that will potentially benefit his son, who is the subject of a persistent if not fully substantiated rumour that he shot his own uncle in the neck in a struggle over a local bank.

Because mortality is the main source of opposition in local politics, all of these leaders are surrounded by constant speculation about their health [3]. Shortly after Karimov's death, which likely occurred earlier [4] than the government said it did, Kyrgyzstan's President Almazbek Atambayev was rushed to hospital with chest pains while abroad in Turkey. Few citizens took this at face value and the range of conspiracy theories [3] surrounding the incident provides an insight into how little local populations in these parts trust official statements. The now recovered Atambayev has promised he won't be a “dragon” [5] and seek further political office after 2017, when his presidential term expires. But after his impromptu appearance as a character in a textbook used in state schools, there are fears he might be getting ideas from his neighbours [6].

Other things that seem to be news might just be the intensification of existing trends. Turkmenistan's regime has been health-mad for quite a long time, but a particularly vicious assault on cigarettes [7] this year earned it international infamy. Tajikistan is still cracking down on Muslims and their political representatives, but has done so more harshly and is increasingly extending the repression to their lawyers [8] and relatives [9]. This is state-driven Islamophobia [10] in a country where over 90% of the population is Muslim. Then again, none of the other secular governments in the region are that fond of Islam [11].

Central Asia is still a really bad place for the media. In Kyrgyzstan, the president is kind enough to sue you in person if you write nasty articles about him [12]. In Tajikistan, Turkmenistan and Uzbekistan, doing the same thing would probably mean either jail or disappearance, while in Kazakhstan, even insulting a foreign leader can can earn you a stint behind bars [13]. The vacuum created by a lack of independent media in the region leaves people wondering whether diva-cum-businesswoman Gulnara Karimova has been murdered by her late father's government, as one news website claimed [14], or just kept under house arrest as most believe to be the case. Less crucially, it is also a real struggle to know whether or not Kazakhstan's capital Astana has really reached a million residents [15] as President Nursultan Nazarbayev claimed it had earlier this year.

As for the honours:

Central Asia's Achievement of the Year

Tajik hammer-thrower Dilshod Nazarov won his country's first Olympic gold and sent his compatriots into raptures in the process [16].

Central Asia's Fail of the Year

A Scottish miner made an ill-considered and inaccurate joke on Facebook [17] about Kyrgyz people eating horse penis, lost his well-paid job in the country and got himself deported.

Why do they mess about? They should just appoint themselves immortals and pass a law banning death from visiting them.