The 2016 Russian Words of the Year, Explained 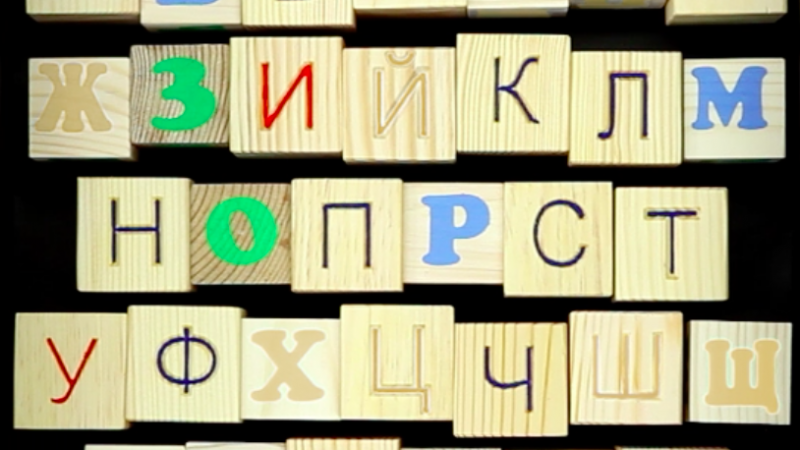 Last week, the independent television station TVRain (Dozhd) published a list of the 2016 Russian words of the year. Some of them come from major news stories and cultural trends, while the others are related to derivative memes and random social media fights. RuNet Echo has explained many of the words and trends in previous posts (scroll to the bottom of the page for the full list), but here are a few of the words that have been undeservingly neglected. Like many words in Russian, they can be explained but not quite translated.

Море китов (The Sea of Whales)

In May, the newspaper Novaya Gazeta published a piece by Galina Mursaliyeva about “death groups” on the Russian social network VKontakte. Mursaliyeva was able to trace a spate of teen suicides to certain online groups that are notable for their depressing aesthetic—in particular, images of whales that are supposedly going to kill themselves because they do not want to grow old. Mursaliyeva accused administrators of these groups of recruiting depressed children and pushing them to suicide by depriving them of sleep and describing how exactly they should take their own lives. She also advised parents of teenagers to closely monitor their online activity.

Mursaliyeva’s article was harshly criticized by some of her colleagues for making the psychological state of teenagers worse by putting them under surveillance. In December, the Irkutsk Investigative Committee published instructions for parents that contained many of Mursaliyeva’s “red flags” for suicide-related online activity.

Beginning in June 2016, GPS navigators started going crazy when they came close to the Kremlin, where the Russian president lives in Moscow. They displayed the location of the Kremlin as “Vnukovo Airport,” which is 37 kilometers away. Internet users figured out the glitch pretty soon: the FSO (Federal Protective Service) was meddling with GPS devices to prevent drones from flying around the Kremlin (another, less convincing, explanation has something to do with a potential rocket attack on the Kremlin and a new world war). The fallout from the security measure infuriated Muscovites, who were left with enormous Uber bills, wrong fitness tracker stats, and, worst of all, an inability to catch Pokemons.

This one is an example of a very local conflict that went viral on social media. Patriarshiye Prudi is a nice residential area in the center of Moscow that became a pedestrian zone in 2016. Patriki had always been a place that attracted lots of rif raf, but this year the situation got much worse. But well-to-do local citizens were not about to suffer in silence: they flooded Facebook and some urban magazines with posts and columns criticizing “the locust from Biryolyovo,” referring to one of the least pleasant parts of Moscow. Despite being mocked on Twitter and Facebook, they managed to pull some strings and get their way. Currently, every shop and bar in Patriki must close by 11 pm, so the aforementioned “locust” has nothing to do but go back to Biryulyovo.

Monetochka became a Russian Internet sensation at the very beginning of 2016. At the time, Monetochka, whose real name is Liza, was a high school student from Yekaterinburg. She sang witty little songs with plenty of references to fashion, RuNet culture, politics, and her schoolmates. Here's one of her videos with a song about the online life of a modern Russian schoolgirl.

Liza currently lives in Moscow, where she is a student at the All-Russian State Institute of Cinematography. She still performs at some parties, but the hype is over—at least for now.

These two unpronounceable combinations of letters and numbers became popular after Alexey Navalny, a Russian opposition politician and anti-corruption activist, found them in Rosreestr (Federal Agency for State Registration, Cadastre, and Cartography) records. Navalny pointed out that the names of the owners of several luxury real estate holdings that used to belong to the sons of Russian Attorney General Yuri Chayka had changed to ЛСДУЗ and ЙФЯУ9. Navally assumed that this was done in an attempt to protect the privacy of Artyom and Igor Chayka, reminding his readers that information about property belonging to high officials’ relatives has disappeared from Rosreestr records.

Readers of Navally’s popular blog made some pretty funny comics and collages describing the situation, and Meduza, an independent media outlet based in Riga, Latvia, launched a game that showed everyone how their names would look in Rosreyestr. 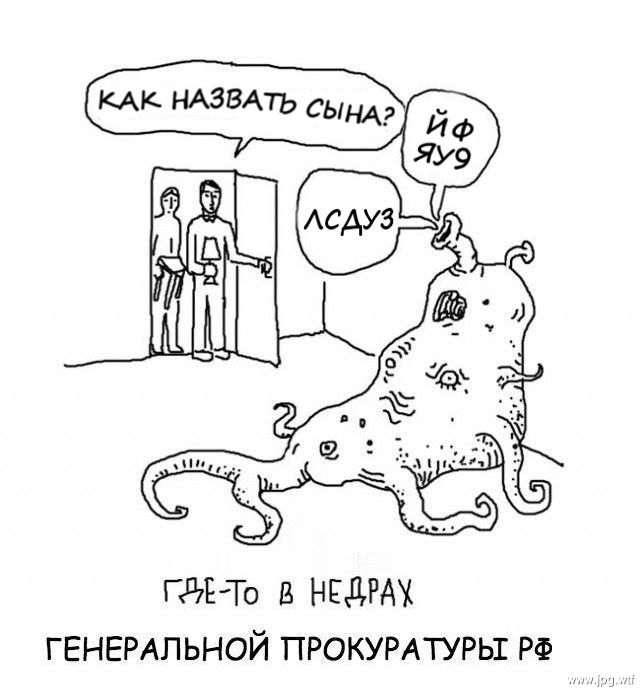 Somewhere in the depths of the Russian General Prosecutors Office 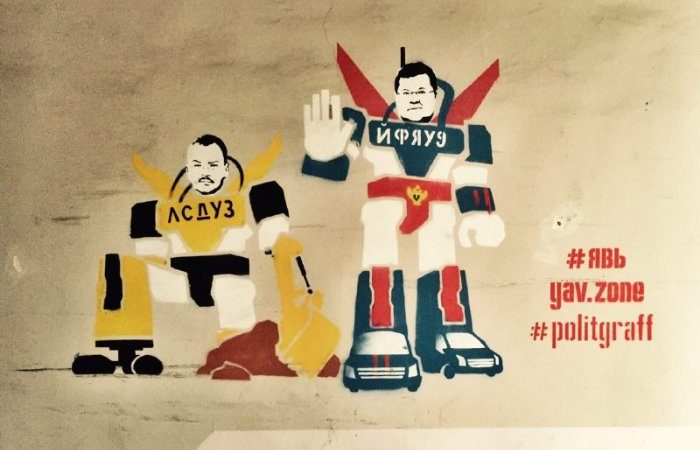 Dozhd's 2016 Words of the Year that have been previously explained by Runet Echo:

How was the swim? (Как поплавали?)