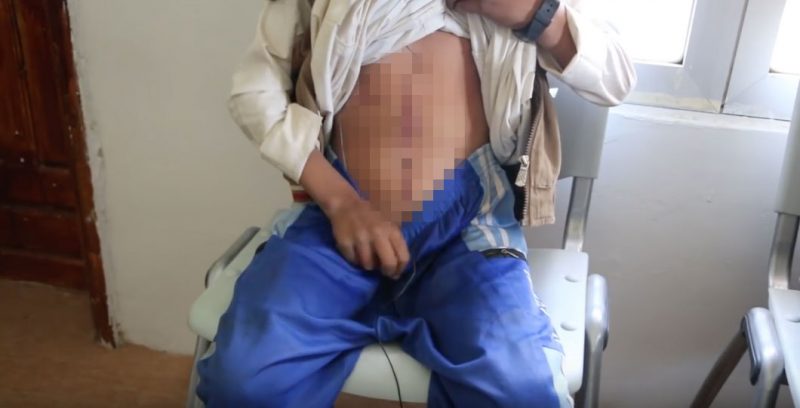 Saudi Arabia has promised to stop using British-made cluster bombs, which are prohibited by the Convention on Cluster Munitions, in its air strikes in Yemen. Since 2015, Saudi forces have been using the weapons, which 100 nations have banned. The announcement comes months after Amnesty International's May 2016 report accused the Saudi government of dropping cluster bombs in Yemen, threatening the lives of civilians.

In its report, Amnesty International claimed:

Children and their families returning home in northern Yemen after a year of conflict are at grave risk of serious injury and death from thousands of unexploded cluster bomb submunitions, Amnesty International said, following a 10-day research trip to Sa’da, Hajjah, and Sana’a governorates.

International assistance is urgently needed to clear contaminated areas and countries with influence should urge the Saudi Arabia-led coalition forces to stop using cluster munitions, which are internationally banned and inherently indiscriminate.

“Even after hostilities have died down, the lives and livelihoods of civilians, including young children, continue to be on the line in Yemen as they return to de facto minefields. They cannot live in safety until contaminated areas in and around their homes and fields are identified and cleared of deadly cluster bomb submunitions and other unexploded ordnance,” Lama Fakih, a senior crisis advisor at Amnesty International, said in a press release.

The report was accompanied by a video:

The BL-755 was manufactured by Hunting Engineering Ltd in the 1970s. This variant, designed to be dropped from the UK Tornado fighter jet, contains 147 sub munitions designed to penetrate 250mm of armor while at the same time breaking into more than 2,000 fragments which act as an anti-personnel weapon. The weapon is known to be in the stockpiles of both Saudi Arabia and the United Arab Emirates.

Another report released by the UK-based ITV News on October 26 further confirmed the accusations against the Saudi government.

The munitions were sold to the Saudis by the British government in the 1980s, decades before the Convention on Cluster Munitions entered into force in 2010. Whereas the U.K. joined the convention in 2008, Saudi Arabia never did.

After pressure from reporters at The Guardian, British and Saudi officials insisted publicly that “no law has been broken.” Despite the evidence, the Saudi government said it wasn't using cluster bombs in civilian areas:

Coalition spokesperson:
We do not use cluster munitions in civilian areas in Yemen. #Coalition #Yemen

Finally, on Dec. 19, following a long campaign by London and different NGOs, the Saudi-led coalition fighting in Yemen announced an end to its use of the British-made cluster bombs.

In a statement published on the state news agency SPA, the Saudi government said:

The government of Saudi Arabia confirms that it has decided to stop the use of cluster munitions of the type BL-755 [UK-made] and informed the United Kingdom government of that.

The announcement came days after the U.S. government announced it would halt some arms sale to the Saudi government because of reported concerns about civilian deaths. Quoting two sources in the Obama administration, CNN reported:

The suspension includes precision-guided munitions, the officials said, citing systemic problems with Saudi targeting in the campaign in Yemen.

The US has grown increasingly concerned about Saudi tactics in a near two-year war that has become a humanitarian catastrophe, killing more than 10,000, displacing 3 million and causing widespread food shortages.

But as Human Rights Watch researcher Kristine Beckerle pointed out, the Saudi government did not mention the Brazil-made cluster weapons that it also possesses and uses in Yemen.

The Saudi-led coalition announced that it will stop using UK-made cluster munitions. What about those made in Brazil?

In fact, those same Brazil-made cluster munitions were launched by the Saudi-led coalition on Dec. 6, near two schools in the Yemeni city of Saada, killing two civilians and wounding at least six.

The Saudi Arabia-led coalition fired Brazilian-made rockets containing banned cluster munitions that struck near two schools in the northern Yemeni city of Saada on December 6, 2016, Human Rights Watch said today. The attack on al-Dhubat neighborhood in Saada’s Old City at about 8 p.m. killed two civilians and wounded at least six, including a child.

Human Rights Watch is calling on the Brazilian government to “make an immediate commitment to ending production and export of cluster munitions.”