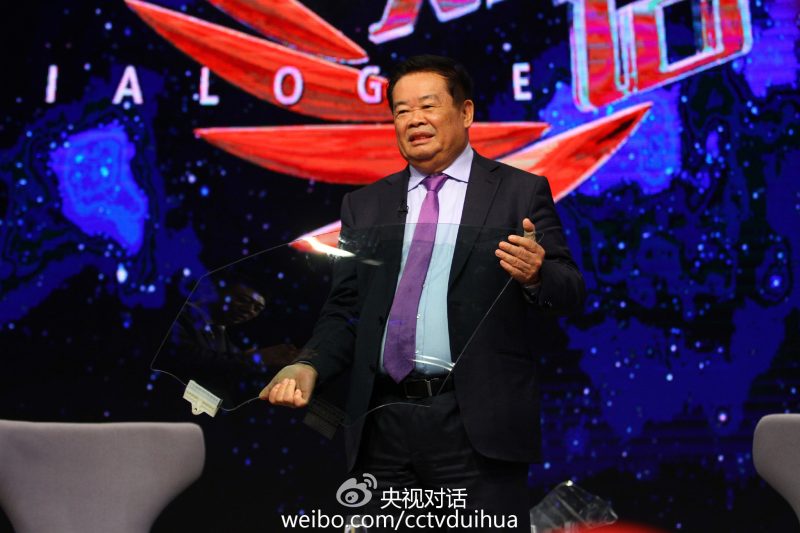 Recently, Cao Dewang, a billionaire who makes his fortune by making glass, decided to make a more than US$1 billion investment and open a factory in a suburb of Dayton in Ohio. He's just one of several Chinese manufacturers who have opted to invest in the US because of the country's friendly tax code and cheap land prices.

As the economy is slowing down in China, the move has been perceived as a warning signal, and his complaints over heavy manufacturing taxes have been circulating on major Chinese social media platforms. The phrase “Cao Dewang has escaped” has even become a hot topic, echoing the concerns of China's economic elite over the manufacturing slump.

Cao Dewang told China Business Network in an interview that “the tax burden for manufacturers in China is 35% higher than in the US” when explaining his decision to invest 600 million yuan in the US, including taking over a former General Motors plant. Cao’s Fuyao Group investment was announced after President-elect Donald Trump threatened to slap 45 percent punitive tariffs on Chinese imports to protect American jobs.

The Chinese government has made reforms to its tax code in recent years, promoting them as a tax-cutting move that would reduce burdens on businesses. But according to Cao, tax rates are still high, making profits in manufacturing “very thin.”

Cao Dewang delivered valuable points: 1. China's comprehensive taxes on manufacturing are 35% higher than in the US; 2. The problem mainly results from value-added tax; 3. China's labor is no longer cheaper than that in Russia, Poland and central Europe. 4. Overheating in the housing market has caused China's factories to loose its labor cost edge; 5. He wanted to remind the government and entrepreneurs of the risks and tell them to be careful.

China’s glass magnate Cao Dewang: China’s comprehensive taxes on manufacturing are 35% higher than in the US. America only has 40% income tax, it does not have value-added tax; Basically, a company doesn’t need to pay for the land in America; as for energy, electricity prices in the US are half the price in China, natural gas prices are just one-fifth of China; about labor costs, blue collar wages in the US are eight times higher than in China, and white collar wages two times higher than in China. In sum, producing glass in America could earn more than 10%.

Since the current administration took office in 2012, the Chinese government has launched a value-added tax reform to reduce taxes on private companies and made further promise to loosen up regulations on businesses. However, many businessmen have complained that there hasn't been any real tax cuts; meanwhile, the country’s tax revenues have kept growing at a pace faster than gross domestic product (GDP) growth.

Zong Qinghou, China’s beverage king and one of China’s richest billionaires, also recently complained about rising taxes and costs to real economy enterprises, or those that produce goods and services, during an economic seminar held by online news portal Netease. Liu Shengjun summed up Zong's view on Weibo:

China’s taxes and costs to the real economy are so high and profits are so low that some companies can’t survive and many businessmen are unwilling to do real economy. Charges have never dropped this year; instead some charges are increasing, especially the environmental protection charges, which are rising too much. One mu (about 667 square meters) of land costs as high as hundreds of thousands of yuan or even over 1 million yuan. Who dares to invest under such high costs? All of the water, electricity and natural gas are monopolized by state-owned enterprises. Using them and building factories would cost a lot. Still, you need to pay for various official approvals. Still, you need to pay the third-party evaluations on environmental protection, energy efficiency and clean production. Who dares to invest when investment costs are so high and profit isn't guaranteed?

China's state-run media quickly responded in order to dampen the public's increasing anger over hefty burdens placed on companies by the government. Global Times, a tabloid controlled by the Communist Party, posted an article saying the labeling of tax rate being “deadly” was too exaggerated. @BlueWhale, an economic journalists’ platform, highlighted the Global Times’ arguments:

1. China’s macro tax burden is not too high compared with developed countries, but China’s manufacturing taxes are really higher than that in the US.
2. China’s corporation taxes have gradually dropped in recent years.
3. In a sense, the pace of tax cuts hasn't matched the pace of profits dropping, so some companies feel that taxes have become heavier.
4. “Heavy taxes force manufacturers to run away” is a distortion of Chinese companies’ overseas investments. Overcapacity at home naturally leads to going out of the country to expand.
5. The central economic conference has decided to further drop corporation taxes.
6. It’s the clash between the system and operating mechanism that has caused high costs for corporations.

For some liberal economists like Xu Chenggang, however, the problem with China's economy goes beyond tax rates. He called for a genuine reform to address China’s urgent economic problems in an interview with Caijing, a Chinese well-known economic media outlet. Weibo user Caijing summed up Xu's view in a nutshell:

For Xu and others, a genuine reform of the system is the privatization of state-owned enterprises so as to rejuvenate a competitive market.