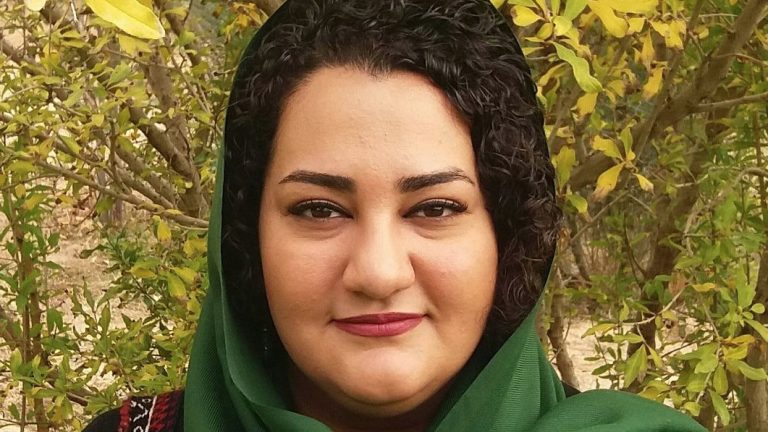 Iranian civil rights defender Atena Daemi, who is serving a seven-year prison sentence in Tehran’s Evin Prison for her peaceful activism, faces new charges after filing a complaint against the Revolutionary Guards for using excessive force. Image from ICHRI, and used with permission.

Iranian civil rights defender Atena Daemi, who is serving a seven-year prison sentence in Tehran’s Evin Prison for her peaceful activism, faces new charges after filing a complaint against the Revolutionary Guards for using excessive force.

Daemi was initially arrested on October 21, 2014 by the Revolutionary Guards’ Intelligence Organization and held for 16 months for allegedly meeting families of political prisoners, criticizing the Islamic Republic on Facebook, and condemning the state’s massacre of political prisoners in 1988.

“After my daughter was detained [to start her prison term], she and her father filed separate complaints against the Revolutionary Guards for breaking and entering into our home and taking Atena away without showing a summons,” Daemi’s mother, Masoumeh Nemati, told the International Campaign for Human Rights in Iran on December 20, 2016.

“Strangely, their complaints have not been investigated, but the complaint has quickly turned into five new charges against my daughter,” she added.

“They acted as if they had come to arrest a dangerous fugitive,” wrote Daemi in an open letter from prison about her arrest by agents of the Revolutionary Guards’ Sarallah Headquarters on November 26. “When asked to produce a warrant, they attacked me. One of the agents, who I’m embarrassed to say was a woman, started to beat me. Then when my younger sister tried to intervene, she beat her on the chest, too.”

Daemi, 29, appeared at the Shahid Moghaddas Court inside Evin Prison on December 19 and was charged with “insulting the supreme leader,” “insulting state officials,” “spreading lies,” “resisting arrest” and “assaulting the arresting agent.” Her trial is scheduled for early January 2017, said Nemati.

Nemati told the International Campaign for Human Rights in Iran that her daughter’s interrogators showed Daemi a film secretly recorded on the day of her arrest as evidence that they had entered her home legally without the use of force. While noting that Daemi intends to sue the Revolutionary Guards’ for “unlawfully” filming her without permission, Nemati added that the film actually contradicts their claims about her daughter’s behavior.