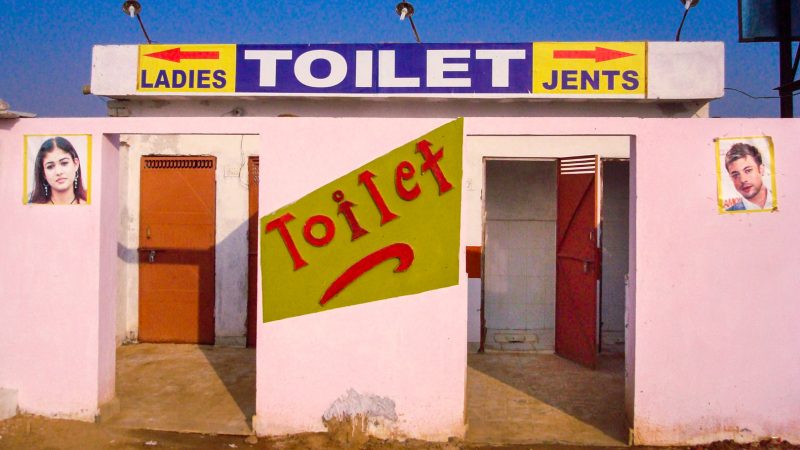 A public toilet in India. Image from Flickr by Rezwan. CC BY-NC-SA

Access to public toilets in India is a perennial problem. Almost half of India's 1.2 billion people, especially in rural areas, lack flush toilet facilities inside their home and have to defecate in the open or in dry, unhygienic pits. The practice of open defecation leads to other problems — it fuels harassment of women and girls, keeps inhumane practices like manual scavenging (cleaning human waste by hand) alive, and spread diseases such as diarrhea and encephalitis.

In an effort to put an end to open defecation, Google and the Indian government have teamed up to map public toilets in India to help citizens locate usable ones near them.

Indian Prime Minister Narendra Modi has vowed to build more than 12 million toilets across India by 2019 as a part of his ambitious Swachh Bharat (Clean India) mission. But building toilets is the easy part — convincing people to use them is the real challenge. There is still a long way to go in terms of educating people about hygiene.

Not to mention, maintaining a public toilet clean and usable takes work, and sometimes you aren't able to find one when you need it most.

Now, Google and India's Ministry of Urban Development have developed a toilet locator tool within Google Maps that offers the location, address and opening hours of a few thousand communal and public toilets in the Indian capital Delhi and a few other cities.

The initiative launched in New Delhi and the state of Madhya Pradesh on December 22, and soon will be expanded to other places in India. Toilet locations are marked “swachh public toilet” on Google Maps. Each restroom also includes a description of if it is free to use, what kind of toilet it is (a squat toilet or a western-style pot), and a star rating to help users locate the cleaner ones.

Some Indians poked fun at the initiative:

Dear Google, just ensure that you dont show every household in your map as a place for public toilet https://t.co/xgmBo2phxl

While on the news site Quartz India, Ananya Bhattacharya cautioned for people to treat the potential of the feature realistically:

It would be naive to think Google’s efforts will change attitudes and rectify India’s sanitation troubles altogether, especially since nearly 900 million Indians don’t have access to the internet, which is necessary to view the map. But for those who want and are able to reach a nearby toilet, the maps could prove to be a real asset.

As open defecation is an issue elsewhere in the world, it will be interesting to see if Google Maps implements this feature globally.