2016: The Year the Caribbean Was Forced to Confront Its Attitude Towards Women 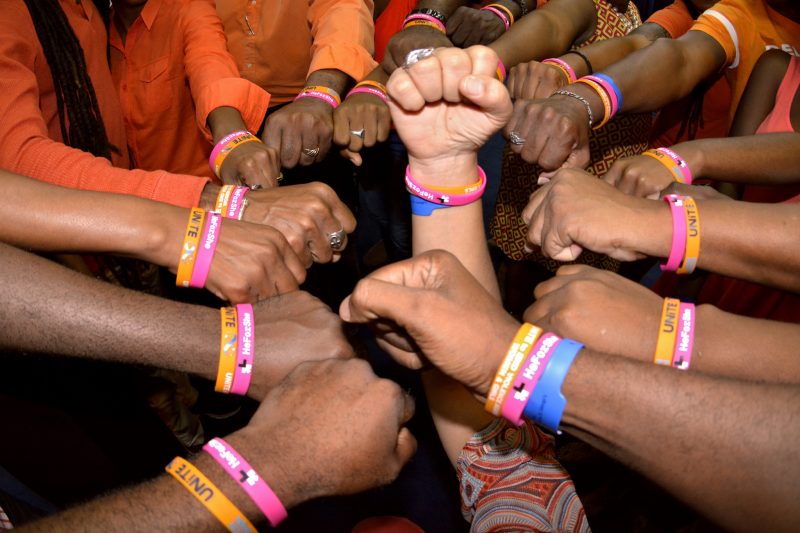 On the International Day for the Elimination of Violence Against Women 2015, performing artists, musicians, and visual artists from the Eastern Caribbean at a UN Women consultation, UNiTE-ed to deepen their engagement in the UN Women MCO Caribbean's social mobilisation programme to address gender-based violence. Photo by UN Women/Sharon Carter-Burke, CC BY-NC-ND 2.0.

The first regional story that we reported on at Global Voices in 2016 was West Indian cricketer Chris Gayle's on-air come-on to Australian sports journalist Melanie McLaughlin. The very public gaffe immediately jump-started an online discussion about the type of sexual harassment women habitually face, not only on the job, but in many aspects of everyday life, particularly in the Caribbean.

No one really wants to address the sexualising of women in public, persistent undermining of their jobs, objectifying of their bodies and undervaluing of their contributions.

Dem people not from the Caribbean!

We do not talk truthfully among ourselves about the line between complimenting and harassment. […] Verbal innuendo and unwanted remarks are part of the culture we do not want to get rid of.

The incident set the tone for many of the stories to come out of the region this year. After a Japanese steel pan player was murdered during Trinidad and Tobago's Carnival celebrations, the online outrage over the Port of Spain mayor's victim-blaming statements was palpable, and led to on-the-ground protests that eventually forced his resignation.

Three months later, the question of child marriage — which is still legal in Trinidad and Tobago — took centre stage. Bloggers were confused as to how the practice could be allowed to continue under the country's Marriage Act, when the age of sexual consent was raised last year from 16 to 18 years old. A particularly powerful argument for putting an end to child marriage came from “a daughter of Sanatan Dharma” (the major Hindu organisation in Trinidad and Tobago, whose Secretary General has been advocating for keeping the law on the books):

The country's attorney general has promised to address the issue, but the law has not yet been revoked.

The challenges, therefore, that come with being female in this kind of cultural space is region-wide, and many feminists believe it is an even harder battle for women of colour.

But Caribbean women had the opportunity to reclaim their power and their space — at least online — as the hashtag #LifeinLeggings went viral on Facebook and Twitter later this year. Created by two Barbadian women who wanted to demonstrate the disturbing degree to which sexual harassment is part of Caribbean culture, the hashtag has been giving Caribbean women the space and support to share their stories of sexual harassment and gender-based violence.

Most netizens were supportive of the campaign, but one male social media user was roundly chastised for creating a #LifeinPants hashtag, based on his perception that #LifeinLeggings was “implicating all men in a social atrocity”.

The #LifeinLeggings hashtag helped propel a conversation on long-persisting violence towards women in the region to the top of the Caribbean agenda. In early December a young bank clerk, Shannon Banfield, was murdered in Trinidad and Tobago, causing a major public outcry as women grieved over her death and shared fears about their own safety. Activist Tillah Willah expressed the weariness of her gender in the following way:

I eh have no car. Is walk I walking. Taking taxi. Taking pictures of the car number. Holding keys, a pencil, a shoes, a book. Holding anything like a weapon in case I have to defend myself. I ready to run if any man watch me too hard. I have no more tears to cry for anybody. I have no more tears to cry for myself. I am sick and frigging tired of walking and watching who watching me. Of jumping at the jingle of the zip on my bag because it sounds like footsteps. I am fed up of this shit and when I get scared and mad for men to tell me I am over reacting. Make sure better than cocksure. Better your ego bruised than I end up dead because I tryna be polite. Allyuh like too much statistics. Stop counting and start being accountable. Y'all better tell your boys to watch their conduct. I fed up. We fed up. Paul going to start to pay for all jus now.

The silver lining is that such conversations are happening now; the movement for female empowerment is growing stronger. Following Banfield's murder, there were several protests, rallies and public discussions about the best way to effect change. There was a general consensus that the situation could not be improved without reassessing the way in which boys are socialised in the Caribbean.

Jamaica is now having a similar dialogue, following the rape of a teenager and a disturbing spate of domestic-murders, about how the police in particular respond to cases of gender-based violence.