What Christ Is Born Among Us Today? 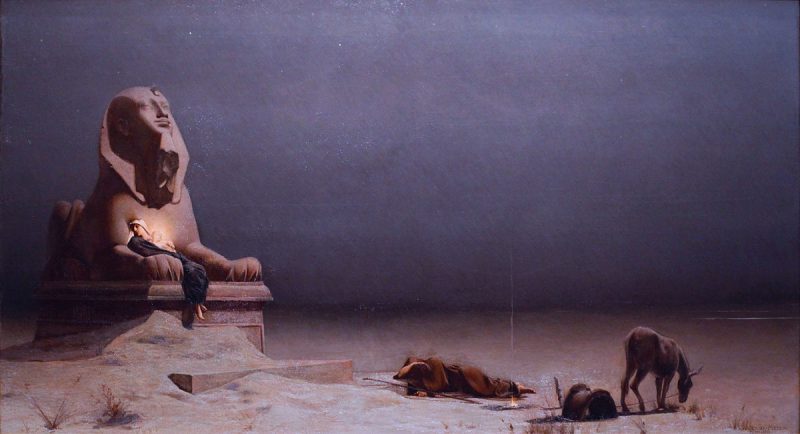 Rest on the Flight into Egypt by Luc-Olivier Merson, 1879, Museum of Fine Arts, Boston. IMAGE: Public Domain via Wikimedia Commons

These are meant to be days of glory, the day of the birth of Jesus Christ—the God of love, justice and peace. But what manner of Christ is being born in our world today?

If Jesus were to come to us today we would spend a long time wondering about the scarf covering Mary’s head; we would close our doors in the face of the poor man and his pregnant wife. It would be from our houses that Jesus would be turned away, and we the ones who cause him to be born in a cave.

If Jesus Christ were to come to us today we would spend a long time questioning his profession. Merely a carpenter from the Middle East! A nobody, unable to speak a foreign language. And he wants to change the world? How naive of him.

If Jesus were to come to us today we would accuse the Three Wise Men of bias, and the shepherds would have been arrested before being able to spread the good news. Maybe you would have stood a little in solidarity with them, or maybe not.

If Jesus were to come to us today, escaping from Herod, we would believe Herod’s version of the story, or we would debate and write articles, asking what if Herod were right to want to kill the Christ Child? What if Jesus were to some day become a threat? Or we might simply speak in generalities and fall back on familiar phrases such as “it’s complicated over there.”

But still we celebrate. Today our Christmas trees are bigger, and even bigger still are our statues of the Virgin Mary before whom we pray, crying and begging Her to forgive us for forgetting the Mary curled up in some refugee camp only meters away.

But we celebrate. Our streets are filled with sparkling lights, to help us forget that today’s Good Samaritan is a non-for-profit organization obsessed with writing the success story of the wounded man he just saved, in order leverage that success to increase the number of beneficiaries. Yet we don’t have time for a smile.

Yes, we are Christians, but we don’t want a Christ that doesn’t look like us. The Christ we want is stylish. One who doesn’t carry his clothes in a bag or roam around in torn sandals. One who speaks very good English and who would, preferably, before preaching about love, provide warrants to defend himself against the charge of terrorism.

Yes, we are Christians, but we are afraid of Jews, Muslims, Arabs, Afghans and all who are not “us”. You see love is selective, based on class and affiliation. But for some reason Jesus Christ neglected mentioning those things, and spoke of love for all.

Yes, we are Christians, but if prophets were to travel the world today to deliver their messages to us they would be drowned at sea, or shot at a border, because they would be suspicious, of course.

What Christ is being born among us today, when all the “brothers” about whom he will question us on judgment day are besieged, trapped and killed in the camps?

We hoard our talents in the bank so that we can one day go on vacation and take many pictures that we post on social media to tell the friends whom we don’t usually have the time to love how happy we are.

What Christ is being born among us, when we want to “follow” everything except for the star that leads to the manger? If the Christmas tree we put up in our houses every year is the symbol of new life, what life are we, the grieving, hoping for in our daily death?

Today I am a refugee who doesn’t have a place I consider home enough to celebrate in, or to put up a tree in and await gifts. And in a few days my home town will be gone forever.

Once I smuggled a Christmas tree into Eastern Aleppo. It was a symbol to defend my identity against ISIS. The friend who helped me smuggle it was Muslim. He lives today under bomb fire. They were all Muslims, the friends who helped me decorate the tree. Today they are all besieged and threatened with summary execution.

I had a Christmas tree that I liked to think of as a symbol of the Annunciation in the heart of destruction. Today it became, like everything back in Syria, the symbol for a grave.

It is painful even to attempt to hope and write new year’s resolutions. It’s painful that the greatest of your Christmas wishes is the forced displacement of those whom you believe have a just cause. Those now in Aleppo, fighting for freedom and dignity, are the salt of the earth. If they are besieged, bombed and murdered, how will the earth be made salty again?