Sleeping or Dead – Part 6: Do Not Forget Them 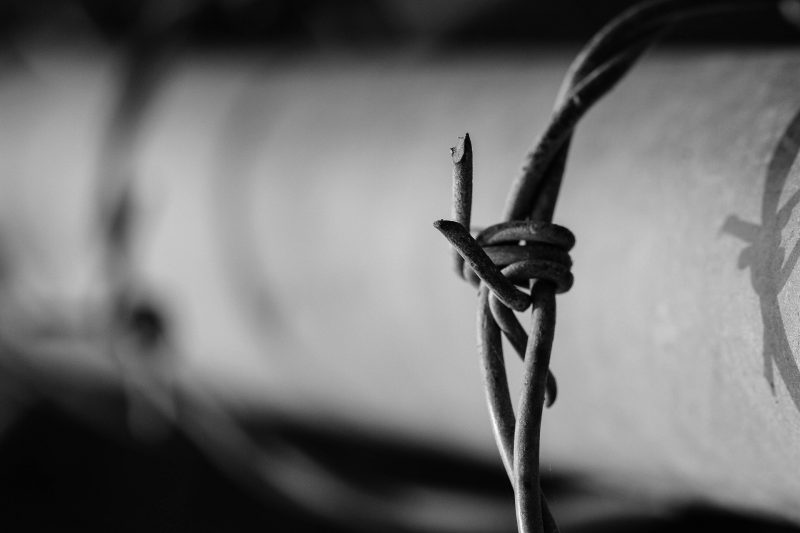 This is the final installment in “Sleeping or Dead”, a six-part series by activist Sarmad Al Jilane about his experiences in a Syrian prison. Read parts one, two, three, four and five.

The anniversary of the Revolution approaches. We must prepare something to celebrate it. Nothing would be more delicious than the long Hamra cigarette we’ve been dreaming of for so many months now. Now would be the perfect time, for this is a very special day that should not pass just like any other one.

As soon as I arrived, I took it out of my shoe and gave it to Belal to keep in a small pocket he had sewn inside the blanket. He checks it every night. “I breathe freedom through it,” he explains, as he kisses it daily.

“Silence, you bastards!” The voice comes from outside. As with every big occurrence, adrenaline rushes. “I’ve been hiding this from Aleppo’s Military Police. Today we must all smoke it, to celebrate the Revolution’s anniversary.”

“86 men were “hung up” for a cigarette.” That was Uday’s customary line, about the time we were all caught and punished when the guard walked in as Uday was lifting me up to try and light the cigarette from the ceiling lamp.

We celebrated the Revolution’s anniversary with our hearts united as one. The officer never knew who had brought the cigarette. Days passed and Uday kept the secret all the way, until his death under torture. Belal, too, was killed later, after leaving jail and joining the Syrian Free Army in Al-BuKamal.
The curse of our blood will haunt them forever. Our dreams will keep on growing even without food. They torture us and we scream our hearts out; we expand, we fill the space. They kill, they choke, they slay, they tear us to pieces; but still freedom boldly spreads.

In prison we see how the so called “Interrogator” derives his authority only from his military uniform. Once he steps into the branch, he turns into a monster, he becomes a god whose mission is to punish all those who disagree with him. He draws power from his whip. Like a fireball of hatred, he casts the terror out of his heart on to a bunch of helpless people. Pouring all his tyranny on the wretched, who have no means to fight back. He is an interrogator, as much a citizen of this country as we are. He kills his own fellow citizens without blinking an eye. He traps, tortures and denies the simplest rights. What home are we going to build together, then? We know now that death doesn’t make exceptions for anyone. In our countries, humanity is despised. It is too big a game for us to play.

Days pass. By some miracle, I am transferred to branch 291, to a solitary cell, to be released after only one day thanks to a relative’s efforts.

Today, four years later, I’m writing my story in complete detail for the first time. I’m not so proud of what happened. For me, personally, those who weren’t detained were able to do much more than those who did, although no one gets detained voluntarily.

I am writing my story now to clarify what happened. Today I am in a European country, living a normal life, but there are still others, sitting behind the bars in silence, turning pale, fading, shaking like leaves in the wind, expecting nothing from us.

My imprisoned friend, I am sure you aren’t listening to our empty words. You don’t care that we stand in solidarity with you. You pay no attention to the hypocrisy, the deceptive gestures or support groups we form. You who sit in the darkened prisons, enduring interrogations and suppression. You alone, starving, are the strongest, the most impulsive and the most revolutionary among us.

I’m writing now about myself when I was one of you, so I’m writing about you. I don’t have any other way of atoning. I write in shame, sitting in my house, unable even to stop eating and drinking, trapped in my memories of you.

Nothing can intercede on my behalf. You, the iconic ones, most deserve to live, until the day you taste victory. Our freedom honours you as we, together, take pride in our past.

Finally, I couldn’t help but pray for Abdul Rahman when I heard of his death, fighting alongside ISIS. Abdul Rahman, the young intellectual, swore allegiance to ISIS from the first day of its existence. The Syrian regime successfully made an ISIS soldier out of him as he couldn’t find any other means of vengeance.

I also discovered that my father had been released immediately that day. However, they had fed pangs of remorse inside of me for long months. The blue jacket was eventually returned to Aghyad, and he wasn't mad at me. It was one of the benefits of my long imprisonment. I forgave Damascus too, for the agony I experienced whilst there after hearing my mother’s voice on the phone for the first time after my release, standing in front of the Sham Center building.

Apologies to the many who have gone through this experience and may relive these moments vividly again on reading this. This is not just my story—it’s an experience that tens of thousands have been through. I’ve tried to omit many unnecessary details. This is the extent of my experience, and I’ve had a much better outcome than many others, one that got me to this moment, where I’m able to write and finish this.

It was a better end despite needing months of treatment for a pulmonary infection, nervous spasms and chronic hypertension. There are others who haven’t had the chance to bring their stories to an end, but are at this moment still stuck in them. Do not forget them.