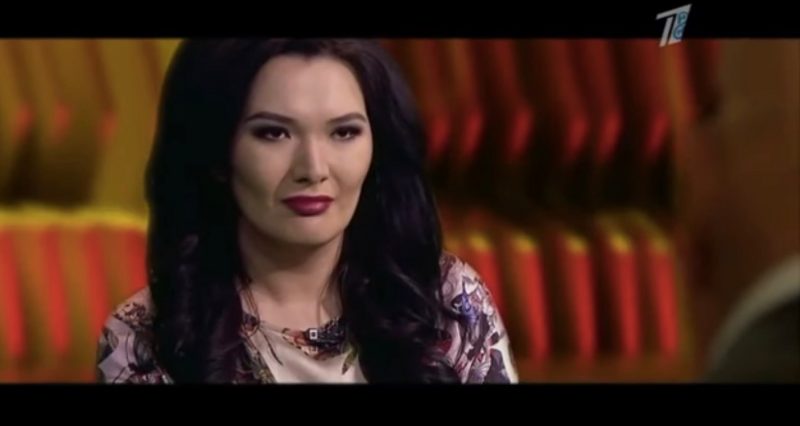 Screenshot from YouTube video of a non-interview aired on Kazakh government-controlled media.

I think it is a very unfortunate joke, that first and foremost damages the reputation of the First Channel “Eurasia”. Unfortunately, it could lead to a situation in which, when that channel provides real news, the population can view it as fake news.

Such was the verdict of Dauren Abayev, Kazakhstan's Information Minister, on the scandal that lit up the Kaznet, as the Kazakh internet space is commonly referred to.

The “joke” Abayev noted was an interview that appeared on the First Channel Eurasia, a channel that is majority-owned by the Kazakh government with Russia's government-run ‘First Channel’ holding a 20% stake.

In it one of the channel's leading news presenters, Aimira Shaukentayeva, answered questions apparently posed by Vladimir Pozner, Russia's most famous interviewer and a rare independent voice on Russian television.

The channel did not alert viewers to the fact that the interview was not real at the time it aired, and did not admit it was a “joke” until after a furore on social media and a refutation by “representatives of Vladimir Pozner” carried by various privately owned Kazakh media outlets.

Local journalist features in a fake release of the Pozner programme.

The channel whose approach to journalism is essentially a cruder version of the propaganda that features on the airwaves of its Russian minority stakeholder has since fired the programme's main architect, Shaukentayeva's co-presenter Ruslan Smykov.

To explain why such a seemingly trivial fake interview was such a big deal, it is worth referring back to an article written by longtime Kazakhstan analyst Joanna Lillis in June.

The article was written in the aftermath of protests that rocked Kazakhstan after the government attempted to make controversial amendments to the country's land code that would have benefited foreign commercial operations.

Aimira Shaukentayeva reads her news bulletins with a stony and ferocious demeanor. But on the turn of a dime, her voice softens as she warns with matronly concern of the threats besieging Kazakhstan.

For many, Shaukentayeva, a newsreader on First Channel Eurasia – a station jointly owned by the Kazakhstani state and a Russian TV channel – has emerged as the most recognizable face of an increasingly aggressive propaganda assault on the Kazakhstani government's critics.

The pushback of the authorities against a wave of land reform protests is being conducted on two fronts, but with one aim: to smear and discredit. Prosecutors have suggested the demonstrators who came out onto the streets on May 21 were plotting to overthrow the government — a possible prelude to a ratcheting-up of criminal cases against activists. The battle for hearts and minds is being waged by journalists like Shaukentayeva, who was speaking of outside forces stoking a plot to foment bloodshed weeks before the prosecutor’s office claimed that is what it was.

Below is the now-infamous May news report in which Shaukentayeva and Smykov accused participants in the land protests of receiving dollar payments for participation in the rallies.

The evidence base for their claim is laughably vague footage of unidentifiable humans exchanging and stuffing dollar bills into their pockets.

At the end of the sequence Smykov says that the footage was aired “in the interests of the homeland.”

This is how they sell us out. And note the currency! Not even in Kazakh tenge [currency] but in US dollars! It is clear who ordered [these protests].

This particular episode of ‘fake news’ was seen by some as evidence that when pushed, Kazakhstan's government would resort to Moscow-style Washington-blaming in order to deflect public criticism, despite the fact Kazakhstan and the U.S. enjoy fairly strong relations.

Others viewed it as evidence that the Kremlin was launching a full-scale invasion of the country's media space in order to protect a friendly government from a ‘colour revolution’ of the type seen in Georgia, Kyrgyzstan and Ukraine.

At any rate, the country's chattering classes have been quick to ridicule the channel both in the case of the grainy ‘paid protester’ footage and the interview that never happened with Vladimir Pozner.

I don't watch TV and until yesterday, I thought that Smykov and Shaukentayeva were puppet characters directed by people under the table, like Khryushi and Stepashi. 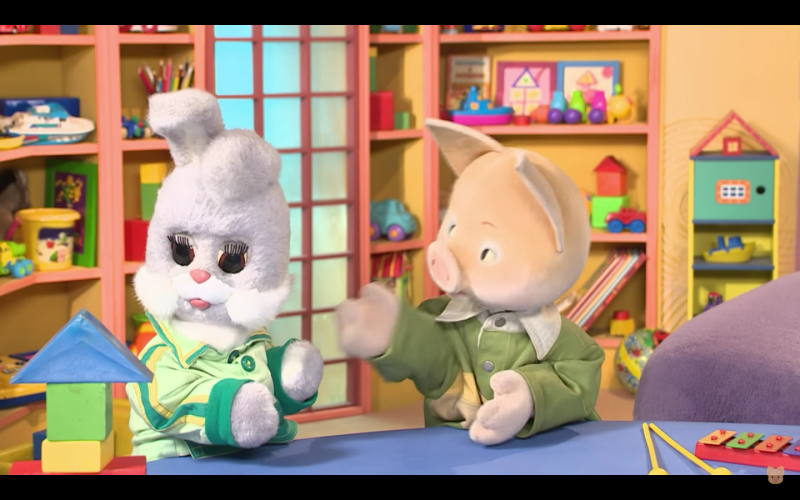