That Fake U.S. Embassy in Ghana Issued Real Visas for a Decade 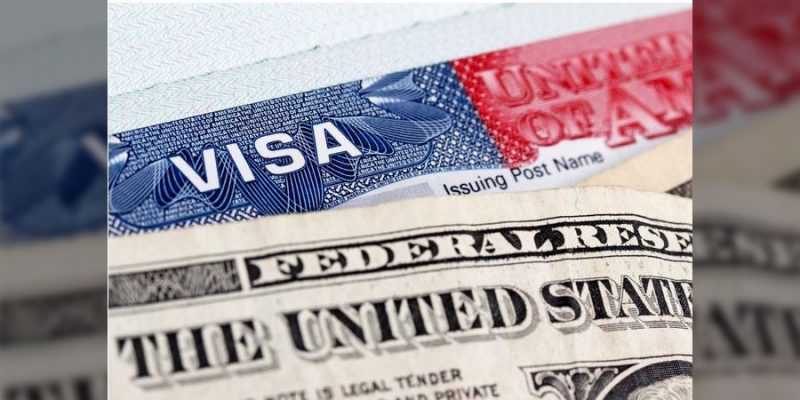 Partial US Visa image, via Buzzghana with permission

For ten years, a U.S. embassy operated quietly in Accra, the capital of the West African country of Ghana. The facility's work was discreet because it was run by a criminal network of Ghanaian and Turkish citizens. The embassy wasn't an embassy at all, but it managed to issue authentic, fraudulently obtained visas and other U.S. documents for a decade.

In early November, U.S. officials reported that the fake embassy had finally been shut down.

According to the U.S. Department of State's website, the offices of the “embassy” in Accra occupied a building that flew the American flag outside and received visitors on Monday, Tuesday, and Friday from 7:30 a.m. to noon. Hanging on the wall inside was a photo of President Barack Obama. There were signs posted inside that gave the office every appearance of an authentic embassy.

Rufus Polichinelle wrote in a humorous tone on Afrique-sur7.fr:

At present, Uncle Sam may find on his land a number of people who entered the country fraudulently. That is, in any case, what has come out of the recent discovery made in Ghana by the US Department of State. A fake US embassy issued counterfeit identify documents (birth certificates) and visas. The hitch is that these were in fact authentic documents and were issued by Turkish forgers for an average price of $6,000. The forgers posed as US consular officials and communicated regularly in English and Dutch. To better fool their visitors, the gang had hung a portrait of Barack Obama along with an American flag.

American authorities were tipped off about the scam after launching a massive anti-fraud operation in the region this summer. Detectives were then recruited, including Ghanaian police inspectors, to dismantle the entire criminal network. During the investigation, which led to a number of arrests, the authorities seized Indian, South-African, and Schengen zone visas. 150 passports from ten different countries were discovered, as well as a laptop and some telephones.

The Department of State has not explained how the gang obtained genuine US visas. It also hasn't specified how many people were able to illegally enter the United States and other countries with visas issued by the gang, which distributed the visas under-the-table in order to operate with impunity. 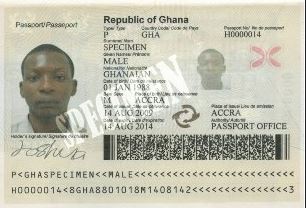 Biographical data page from the Ghanaian biometric passport. via wikipedia

According to investigations, the fake embassy made itself known to the public through leaflets and billboards to attract visa applicants from Ghana, Côte d'Ivoire and Togo. Among other services, the forgers provided fraudulently obtained, authentic US visas and false identity documents including birth certificates, bank statements, school records, birth certificates and more, all available for the price of $6,000.

How did this gang get ahold of real U.S. visas? How many people were able to illegally enter the United States using these documents?

If a large number of Ghanaians have used this embassy's services to enter the US, there is likely a cell which has infiltrated its immigration services far and wide.

If this information is correct, Americans are not at all safe. The Chinese are no longer the best counterfeiters out there. What with a fake embassy, fake diplomats, fake passports and who knows what else, Africans have become the kings of the counterfeit.

In the Democratic Republic of the Congo, Junior Decastel-bajack Bangobango said:

It's the biggest scam of all time. How did the US administration get so badly fooled? The ambassador drove a CMD-registered vehicle, diplomats with a CD including the consul, the Counsellor of State, Embassy Secretary, etc. For ten years, they were able to issue real fake visas to Ghanaians? No! The truth needs to come out.

I don't buy this story; I think it's a big, international charade.