Is Nepal No Country for Women? 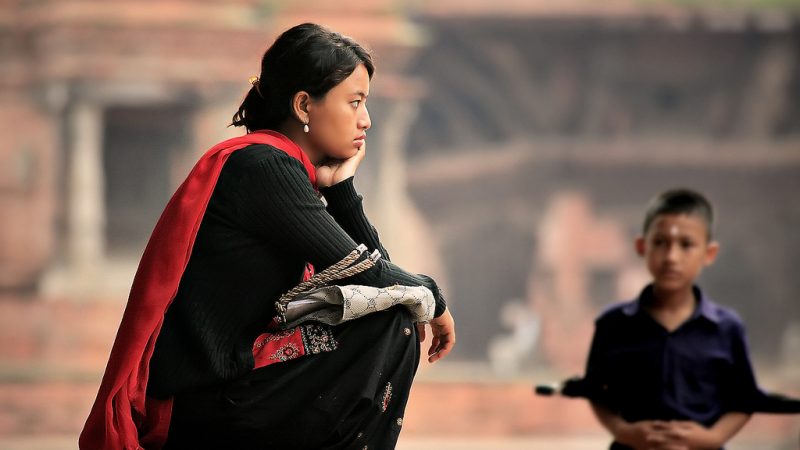 In September 2015, still recovering from devastating earthquakes earlier in the year, Nepal adopted a controversial new constitution, accepting discriminatory provisions against two of Nepal's most vulnerable groups: women, ethnic Madhesis and Tharus living in the country's southern belt, known as “the Terai.”

It's 2016 & Nepal is refusing to grant women the same citizenship rights as men. There's no mystery as to why the country is suffering.

The “world's best constitution” discriminates against 51% of our fellow citizens: #Women. #Nepal https://t.co/aXZ05LIV4p via @subinmulmi

.@manjushreethapa 93% of countries give women equal rights to transmit citizenship. Nepal is in 7%. @bhandaripadam https://t.co/TR1tumcwNX

Artist and educator Supriya Manandhar created a series of infographics that explain the law with regards to citizenship. 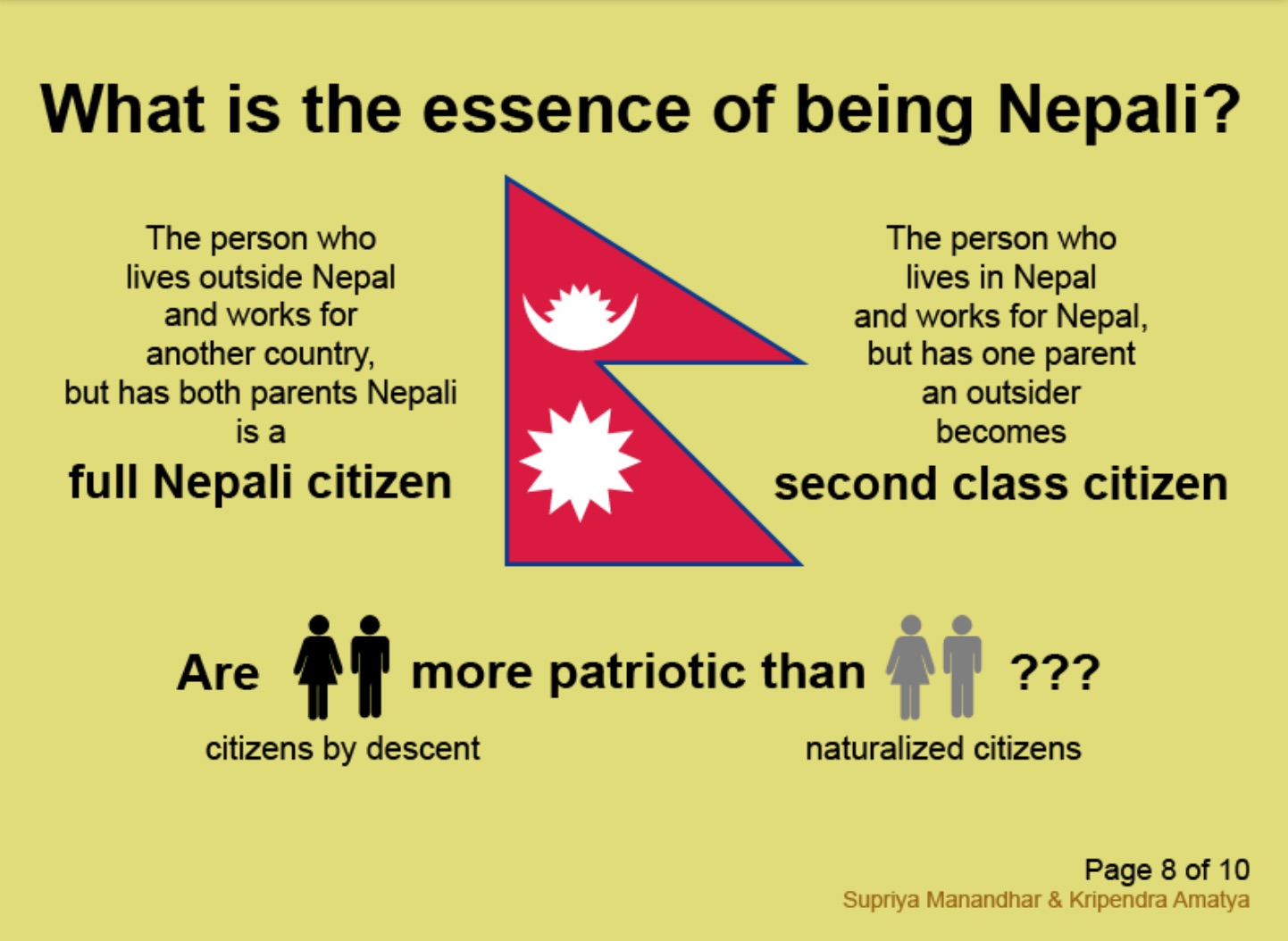 You can find more infographics here.

The new provisions fail to follow longstanding principles of non-discrimination and equality accepted by Nepal as a signatory to the Convention on the Elimination of All Forms of Discrimination Against Women (CEDAW).

The new constitution has harmed children of single mothers and mothers who do not reside permanently in Nepal (including trafficked women, migrant women, and others). This has also affected mothers whose husbands are foreigners.

While this distinction between men and women may seem arbitrary, it is a part of a long historical narrative.

A writer at one of Nepal's main newspapers, Republica, explains:

Equal citizenship right for women was a key agenda of all major political parties during Constituent Assembly elections. But when it came to granting such rights they offered the excuse of “open border with India” and “possible risks on nationality” to continue with discriminatory provisions against women. The proposed amendment, which has sparked protests in parts of the country, has also talked about citizenship. The amendment proposal has relaxed the provision to provide citizenships to non-Nepali women married to Nepali men. But no such provision has been proposed for non-Nepali husbands of Nepali women and their children.

Manjushree Thapa also explains the legacy leading up to this:

Nationalism beats, as a final refuge, in the hearts of Nepal’s Hindu patriarchs. Incredible as it sounds, they are ruled by a deep-seated xenophobia, a fear that Indian men will marry Nepali women, and the children—born of Indian seed!—will populate Nepal. Nepal will then no longer be Nepali; it will be Indian. “We agree with you,” Nepali feminists have been told. “But you have to consider our national identity.” If women are to be loyal to Nepal, we must accept unequal citizenship rights.

Geopolitics, national security and the open border with India can no longer be used as justification for the continuation of systematic state discrimination against Nepali women. […] This is a bogey raised by those who wish to perpetuate patriarchy in Nepal!

Still, the new constitution has yielded some positives for women:

For many, though, this is mere tokenism:

Tokenism to the max-Nepal has women as president, chief justice and head of parliament but has a conservative and sexist constitution.

Patriarchy: An Undisputed Part of Nepal?

As a southerner, a Muslim, and a woman, Mohna Ansari is triply marginalized. She's also the first such person in Nepal to become a lawyer. She says she is aware that much remains to be done:

[…] having women heading the top state posts does not mean the end of patriarchal values and structural discrimination against women. There still lies a long battle ahead to bring real change in the lives of the ordinary women in Nepal.

Ansari says “keen observation and patience” are needed to be heard in a patriarchal society. Only then “will [we] know how to intervene and change the system in [our] favor.”

In the meantime, people in Nepal continue to call for changes that would repeal the constitution's discrimination against women, Tharus, and Madhesis. Some individuals have even resorted to poetry: