A Ceremony of Reconciliation in Colombia Shows How Peace is Made by People, not Treaties 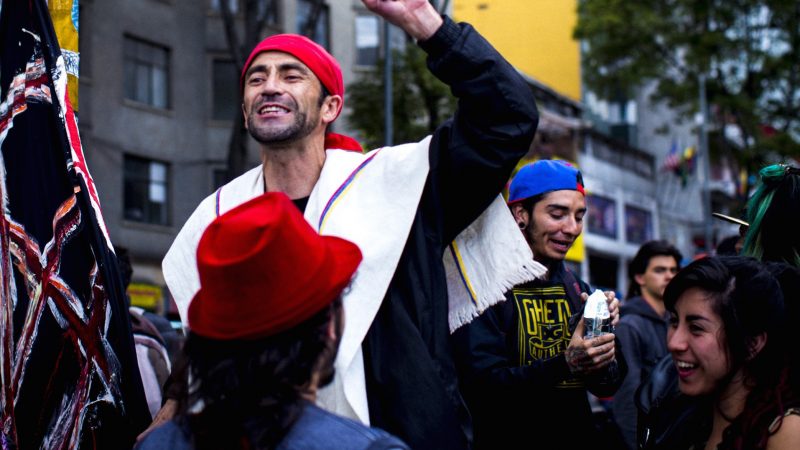 “…We're going forward; as people, we forgive those who have done us so much harm […But] let's not forget [the other victims,] we're here for them […] let's all contribute to making peace, everyone's going to do it, we a need a country that's transparent and free of corruption.” Photo shared on Pixaby by user JazzGo. From the Public Domain.

This post is an adapted version of an original text written by Tom Power, accompanier from FOR Peace Presence in Colombia who was present at the event. The piece has been re-edited with permission of the author and the organization, who published the piece originally on their website.

A few days before the national plebiscite vote that rejected the peace accords, two of the most famous FARC guerrilla leaders Ivan Márquez and Pastor Alape arrived to the northernmost region of the country, the Gulf of Uraba, to participate in a public ceremony of recognition and forgiveness, as it was requested by the Apartadó Municipality Victims’ Association during the negotiations.

The crowd rose to its feet, stretching to look at Márquez and Alape as they made their way to the stage. The ceremony was attended by more than 500 people. The relatives of the 35 victims of La Chinita massacre sat in the front row wearing matching t-shirts reading “Sí perdonamos” (We do forgive), anxiously awaiting what Ivan Marquez had to say:

As an organization, as a collective, we recognize the many good people who weren't able to achieve their dreams […] the deaths of La Chinita are also our deaths […] We want to reestablish a relationship. Peace is in the heart; we're going to construct a future with hope. We're going to fight for rights, and change, and transformation.”

La Chinita, now known as the Barrio Obrero (Worker's Neighborhood) , with a population of around 35,000 people, is a working class neighborhood in Apartadó.  In the early 1990's, banana workers from local plantations began settling on the land along beside ex-guerrilla combatants from the recently demobilized EPL (the Popular Liberation Army) who were looking to reintegrate into civil society. La Chinita offered them this.

As part of the EPL's return to the legal political process they formed Esperanza, Paz, y Libertad (Hope, Peace, and Freedom)—a political party that slowly began to make links with local political and business structures in Apartadó—links that inevitably, stood at odds to the FARC’s own political movement, the Union Patriótica (Patrioric Union). Although both parties identified as “ideologically left”, realities of territorial control, political power, and economic gain made the two parties’ political ends mutually exclusive. This toxic mix of executives from banana companies, politicians, and sectors of the church, with different ideas and models of economic development, led not to a peaceful political struggle, but a descent into a nefarious cycle of violence.

Despite rising political tension in the region, the neighborhood of La Chinita was growing. On the 23rd of January, 1994, residents gathered at a local party to raise money for neighborhood schools. In the midst of the party, armed men arrived unannounced with military grade weaponry and began shooting. Amongst the shots, someone yelled, “Don't kill the women and children, only the men!”

While the FARC claim to have believed this party was full of demobilized EPL, of the 35 people killed, only two were demobilized guerrillas. In fact, most were working class banana workers, as well as three minors, an elderly person, and one woman. An unfortunate reality of the Colombian conflict is that those who suffer most often have little to do with what's being fought about.

The September ceremony was the first time the FARC publically recognized their responsibility in the massacre, after denying involvement for two centuries. Nevertheless, the symbolic nature of this event is only a beginning. Four points were outlined in the ceremony which the government is expected to fulfill as part of State responsibility and reparations: the creation of a University of Peace, a museum house in honor of the victims, a social and community center, and housing for victims. As a community leader said after outlining these points in her intervention.

We want there to be peace and we're going to construct it. We're betting on the construction of peace.

Memories of violence and loss

Other victims also had an opportunity to publicly reflect on the massacre, like a community member who had lost her father:

We had to help mom just to survive, we were totally alone […] And just like that there was no more time to play, we had to work, we had to grow up. It wasn't easy saying goodbye to [his] voice, [his] smile, [his] presence…

Another victim who lost her husband spoke about the difficulties she faced creating a life for her children, how the other women who lost their husbands supported and helped each other, and also reminded everyone of the scores of victims in Urabá and throughout Colombia:

…We're going forward; as people, we forgive those who have done us so much harm […But] let's not forget [the other victims,] we're here for them […] let's all contribute to making peace, everyone's going to do it, we a need a country that's transparent and free of corruption.

Between reflections of love and loss, the victims also underlined social ills that still ail them: “[…] here we are with a conflict and state abandonment that allowed this massacre to happen,” said a victim who had lost his brother. Referencing a case in which the US federal government fined the fruit company Chiquita brands (formerly Untied Fruity Company) US$25 million for links to paramilitary groups, he claimed, “There has to be a process to distribute that money among all the victims, not just the victims of La Chinita, but all of them.”

Colombia’s High Commissioner for Peace, Sergio Jaramillo, recognized the FARC for taking responsibility, and acknowledged the shortcomings of the State. He noted state abandonment of La Chinita, the historical links between the state and paramilitaries, illegal armed groups of the far-right responsible for heinous acts of violence and mutilation, and recognized the genocide claiming, “We hope this to be a signal that the government and the FARC are serious about reconciliation.”

For sectors of Colombian society urgently hoping for the demobilization of armed groups and for the construction of peace to begin, the rejection of the peace agreements showed the deep complexities of the conflict within Colombian society and made some reflect upon the many changes needed to build a concrete and standing peace.