2016 Was the Caribbean's Year of Loss 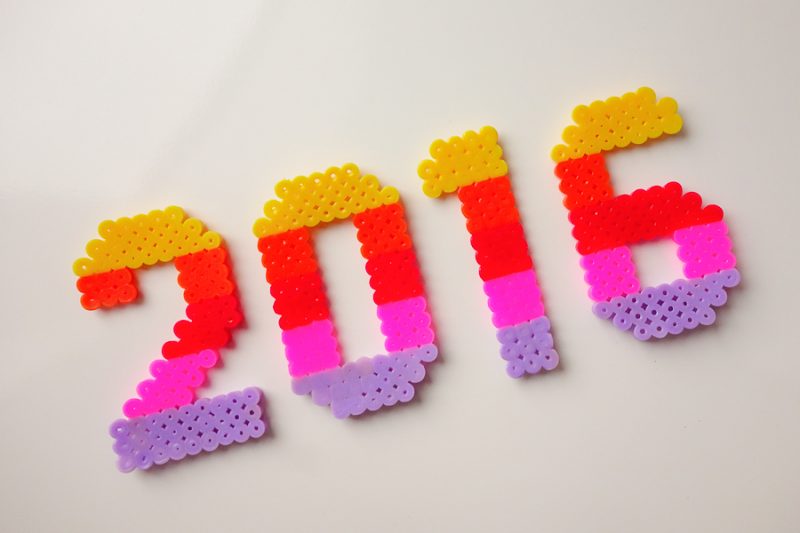 For bloggers in the Caribbean, “2016” has nearly become an obscenity. Adjectives now used to describe this “annus horribilis” include “sucky”, “terrible” and “the worst”. The thing that drove netizens over the edge — compounding the region's soaring crime rate and economic challenges — was the fact that so many outstanding artists, leaders and visionaries passed away this year.

It began with the musicians. In early January 2016, Trinidadian steel band arranger, Jit Samaroo, passed away on the eve of the country's Panorama music contest, where scores of steel pan players, organised into full orchestras, compete for one of the most prestigious titles on the annual Carnival circuit.

The Facebook group Maraval Road summed up the loss quite succinctly:

The pan world lost one of the biggest icons today. Jit Samaroo is credited with pushing pan to the next level and has written some of what is still known as the most difficult and genre defying music ever to come from Trinidad and Tobago.

Samaroo worked his magic with countless musical pieces over the years, like this novel arrangement of calypsonian Lord Kitchener‘s “Mystery Band”:

Four short days later, the region — like much of the rest of the world — was shocked at the passing of British-born rocker David Bowie. Bowie's music affected the people of the Caribbean in astounding ways. In an interview with Global Voices, fashion blogger Patrice Grell-Yursik explained why:

I wasn't surprised at the universal reaction […] but the Caribbean reaction was thrilling and reassuring in a different way. Growing up in Trinidad, it wasn't always easy to discover older music in different genres and I sometimes felt like a teenage misfit listening to The Beatles, Paul Simon and David Bowie. You have to seek it out. I love that so many of us did, and we are all feeling the loss.

Another international artist whose death, in April 2016, shook Caribbean music fans to their core was Prince. American artist and activist Natasha Thomas-Jackson, wrote a blog post about the impact of Prince's music; it was widely shared across the regional blogosphere:

As is the case with all cultural icons, the grief is being felt in all corners, by people of all races, ethnicities, economic classes, gender expressions, etc. There is no doubt that his Purple Majesty touched people all over this world.

For me, Prince was confirmation of the heights one could reach when they weren’t afraid…to be different. Non-conforming. Confusing. Questionable. Nuanced. Hard to understand. Hard to explain. Though I was deeply appreciative of his musical genius, Prince was more of a spiritual psychopomp for me, a shining example of how to obtain the deepest form of liberation: being your damn self.

By July, the brilliant but largely unacknowledged Trinidadian guitarist Fitzroy Coleman also passed away. Coleman's inimitable style earned him the international reputation of being one of the greatest chord players of all time, alongside some of the world's best known jazz musicians, like Wes Montgomery and Django Reinhardt. Trinidadian calypsonian David Rudder, who paid tribute to Coleman in his classic song Calypso Music, posted this Facebook status update on hearing of Coleman's passing:

Fitzie's gone boy. We wasted his brilliance. We only entered his library now and then. What a people eh!

For people like him, let's hope that there really is an afterlife so that his fingers can dance across the fretboard again. RIP boss.

Trinidadians Holly Betaudier and Earl Crosby, who each in his own way loved and promoted the music and culture of the country — and the region — also passed away this year.

Two seminal personalities in the world of sport left us in 2016. Hearts were heavy with grief the world over at the deaths of Barbadian cricket commentator Tony Cozier and Harold La Borde, the first Trinidadian to to circumnavigate the globe in his trusty ketch, the Hummingbird II.

The beloved Cozier, whose instantly recognisable voice was the indisputable soundtrack of West Indies cricket, was remembered not only for his clear, melodic Barbadian lilt that some describe as “champagne on air”, but also for his integrity, insightfulness, generosity, fairness, gentleness, grace, and — naturally — his burning love for the sport. Barbados-based journalist and blogger B.C. Pires wrote of his passing:

It’s the ultimate firetruckery for every one of us, and most of us will be lucky not to have to face it for a long time yet, but it came this morning for the most important man in West Indies cricket history who never raised his bat or sent down an over. What the now late Tony Cozier sent down, instead, were millions of words, every one of them up in the block hole, about our cricket. West Indies cricket would be in a good place now, had we listened to TC, instead of the hordes of pompous idiots gallerying themselves in their jackets-and-ties but revealing themselves in their press releases.

La Borde, an avid sailor and true explorer at heart, had been bestowed with Trinidad and Tobago's highest award — the Trinity Cross (Gold) — for sailing across the Atlantic Ocean, from one side of the world to the other, from 1969 to 1973. Historian Angelo Bissessarsingh wrote:

There are heroes in name and then there are heroes in legend who will live on through the ages. The late Harold La Borde was the latter. For those who knew him and others who grew up in the shadow of his incredible adventures, his passing is a deeply sorrowful occurrence. Many of us pass the decaying hull of a small yacht, the legendary Hummingbird II on South Quay without appreciating the awe-inspiring voyage of circumnavigation it took at the hands of its builder and captain. […] We have lost one of our greatest icons, a man both humble and fearless whose triumphs over Neptune's lair will never be forgotten.

Watson's technical adeptness and rich palette bequeathed to Jamaica a rich legacy and solid visual history of its society, landscape and culture, while Clarke was remembered as a “pioneering voice”, “always questioning and challenging the status quo, always holding people to account, sometimes courting controversy but willing to suffer the consequences of his opinions and convictions.”

Several regional leaders passed away this year, and while none of them had careers that were without controversy, they were all remembered for their efforts to spark social and political change.

Former prime minister of Trinidad and Tobago, Patrick Manning, lost his battle with leukemia in July 2016. The blogosphere paid him tribute for being a charismatic speaker and “a sincere advocate for regional integration”.

Makandal Daaga, who led Trinidad and Tobago's Black Power Revolution in 1970, was remembered as “a man out for change”. Dr. Keith Rowley, the country's current prime minister, noted that Daaga “was not afraid to challenge the status quo, speak up against injustice and advocate for equality.” Some social media users, however, noted that along with the accolades, people should also remember Daaga's failings.

Perhaps the most iconic regional politician to die this year was Cuba's Fidel Castro, whose complicated legacy left some sad at his passing and others outraged at his legacy.

Social activist and University of the West Indies lecturer Gab Souldeya Hosein summed up the emotions many were feeling:

History weighing heavy on my heart this morning. I mourning the end of an defining era of fierce collective Caribbean hope. I know the work is in our hands. But right now we've lost the strength in our stride and it feels as if every gain in the region is under threat. There must be commitment, courage and struggle, but first there is loss. My generation of activists stays away from the state instead of seizing it for our national sovereignty. We stay the course, but must risk more to go further and build movements that press our mandate forward. We must create the Bishops and the Fidels of our future. We must make ourselves new symbols of autonomy and self determination. But first, before we rise as giants, this is a time for remembering and tears.

In stark contrast, one member of the Cuban diaspora, Johennys Leiva, commented:

Please don't pretend to understand what happened on that island. […]

Castro didn't storm in on one side of the island and with a swooping coup d'etat seat himself at a coronation.
It was gradual. […]

When he finally took over, weapons were all removed. His indoctrination or brainwashing literally divided families. He had quiet watchers to see if anyone had too many ‘guests’ and if they called the authorities, on suspicion alone you we're [sic] thrown in jail. […]

We didn't have another uprising because it wasn't just go in and fight. You didn't know exactly who your enemy was. […] He was heavily guarded, heavily protected and although we hate him for the vile things he did – we respected the tenacity. We knew he didn't care who he killed to stay there. We understood there was no benevolence or weakness to attack.

In the end, death is the great equaliser. Today, December 16, Trinidad and Tobago will bid its final farewell to another regional great: designer and master wire sculptor, Narcenio “Senor” Gomez, whose contribution to the country's traditional fancy sailor portrayals during annual Carnival celebrations was priceless, as was his determination to teach the dying art form to the younger generation.

And perhaps that is the lesson in this year of loss: with each death, springs new life.