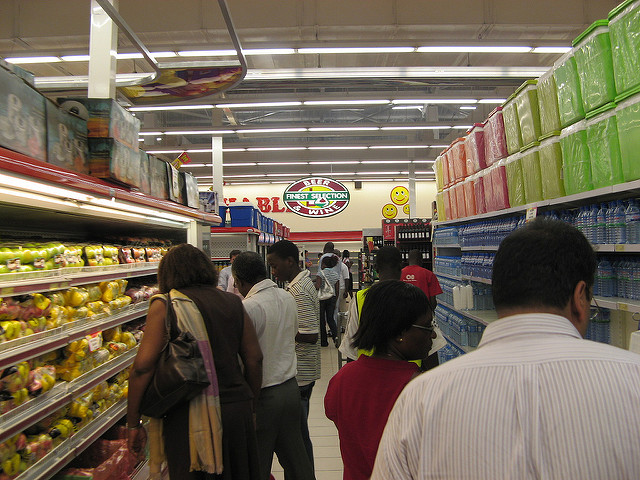 Following a successful and peaceful election on December 7, Twitter was awash on Sunday, December 11 with messages from Ghanaians saying that they had attended to church to give thanks to God for the smooth outcome or to celebrate with the winning party.

However, a tweet from Ghanaian sports journalist Gary Al-Smith (@garyalsmith) struck a much different note. Gary had published a screenshot of part of an article written by American broadcaster CNN about Ghana's election in which the country was characterized as suffering food shortages. In his tweet to his over 166,000 followers, using the hashtag #CNNGetItRight he said:

Uhm @CNN, I didn't know Ghanaians “stand in long lines to obtain products” or “struggle to obtain food”. And I live there. #CNNGetItRightpic.twitter.com/tpyosBIrJJ

Gary was disappointed that the article written by CNN did not give a true picture about the economy of Ghana. In the second paragraph of the article, it read, in reference to President-elect Nana Akufo-Addo:

Gary's tweet sparked lots of anger from Ghanaians against CNN, and many responded ridiculing CNN for the inaccurate coverage. Other Ghanaian journalists, such as Nana Ama Agyemang (@JustNanaAma) of Citi FM, tweeted:

Such a lazy coverage of a fantastic story by @CNN. No nuance, just the usual template “Africans are suffering.”#CNNGetItRight

#CNNGetItRight we are a beautiful and thriving country. Kindly report accurately on us.

Other international media houses including the BBC, far-right American website Breitbart and the Russian-government funded broadcaster RT picked up the story.

Eventually, CNN, in response to the tweets, corrected the errors in the article and indicated in the editor's note that the previous article did not give a true picture of Ghana's economy. Jemila Abdulai (@Jabdulai), a writer and a blogger, tweeted the screenshot of the corrected article:

.@CNN We notice the changes to the earlier story. Can you now issue a public apology to Ghanaians. #CNNGetItRight