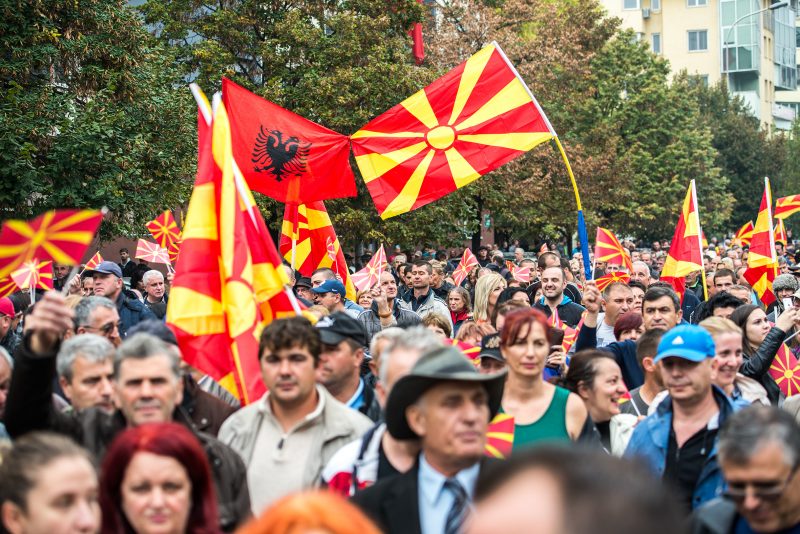 A very un-Balkan thing happened during the Macedonian election. Instead of voting for ‘their’ ethnic parties, many ethnic Albanians decided to vote for the opposition Social Democrats (SDSM), who recently re-branded themselves as more multi-ethnic.

Currently, Macedonia is going through the tumultuous process of forming a new government after parliamentary elections on 11 December. The initial election results are controversial — and contested — so it's uncertain which party will have more members of parliament in the end. Nevertheless, even though the ruling parties seem to have a slight lead, it is evident that their support has dropped dramatically in comparison to previous elections.

This is a historical moment for the people of Macedonia, especially for the Albanian community, who for the first time gave a significant number of votes to a political party in opposition that had been previously considered to be ‘ethnic Macedonian.’ Ethnicity plays a big role in Macedonian politics, and Albanians are the country's second-largest ethnic community. But this time around, SDSM included ethnic Albanians in its lists of candidates for members of parliament, opened local offices and held rallies in predominantly ethnic Albanian municipalities.

However, many Albanians did still vote for the ethnic Albanian political party Democratic Union for Integration (DUI), which seems to have won 10 parliamentary mandates. DUI is one of the ruling parties, and has maintained a stable government coalition — dominated by the ethnic Macedonian VMRO-DPMNE — since 2008. However, the projected number of DUI members of parliament falls well below the 19 achieved during the 2014 elections, which was before the coalition became mired in numerous scandals revealed by a series of leaked wiretapped conversations of journalists, opposition members, members of government and more. 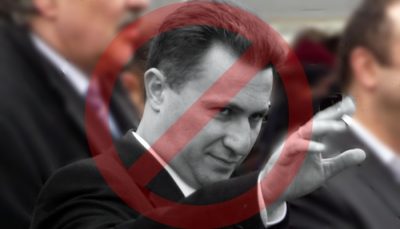 The recordings were done reportedly on the order of ex-Prime Minister Nikola Gruevski, who is the current leader of VMRO-DPMNE. Some ethnic Albanian citizens of Macedonia started an online petition on December 14 in order to tell the Albanian political parties to say “NO” to VMRO-DPMNE and Gruevski when it comes to forming a government. The petition gained several hundred votes in a few hours, and had been shared on social media.

VMRO-DPMNE also stoked Albanian anger during the election campaign for using “coded” hate speech against Albanians — another big reason why some in the community don't want Albanian political parties to work with VMRO-DPMNE.