Russian State-Run TV Network Refuses to Give Former U.S. Ambassador His Own Show 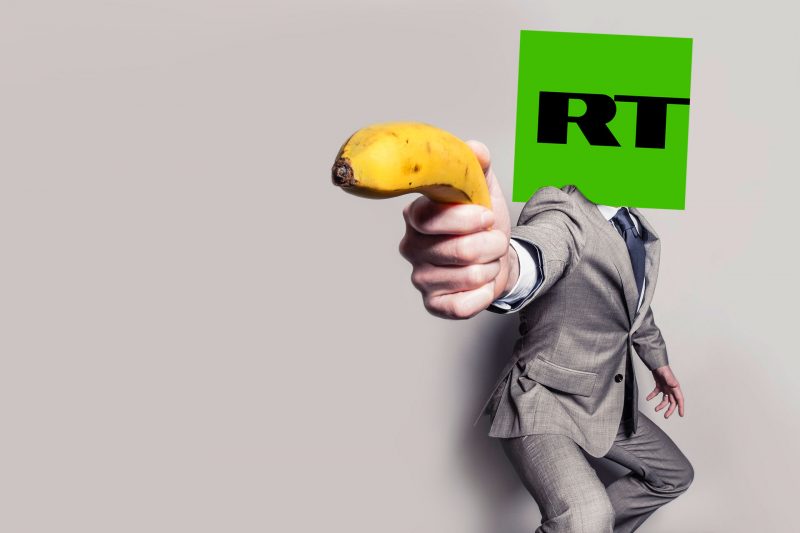 As the U.S. media explodes with reports about “Russian cyberpower” and the Kremlin’s “perfect weapon,” one of the biggest American stars in Russia’s news cycle today is a diplomat who left Moscow nearly three years ago.

For the past week, Michael McFaul has returned to Russian headlines as one of the United States’ loudest critics of Moscow’s apparent cyber-attack on the U.S. presidential election. The former ambassador has also appeared repeatedly on American television, advocating the creation of an independent investigation “like the 9-11 Commission,” and in a Dec. 10 opinion piece for The Washington Post, he urged U.S. lawmakers to “wrestle” with the possibility of blacklisting Russian state-run media outlets as “foreign agents.” In the spirit of the Donald Trump age, McFaul has also tweeted over and over regarding the need to know more about Russia’s reported hacking of American political institutions.

Constantly trolled and criticized on Twitter, McFaul has remained devoted to engaging people online for years, ever since his days as ambassador. On Sunday, following news that President-elect Trump would nominate Rex Tillerson to serve as the next U.S. secretary of state, McFaul tweeted a novel idea, reaching out to Margarita Simonyan, the chief editor of Russia Today, with an offer to host his own television show on the network.

In subsequent tweets, McFaul promised to “submit a resume” and “work for free,” so long as Russia Today agreed to certain conditions:

I was clear about working with RT. Ill only do if I have my own show, live and uncensored. (So far no response) https://t.co/6TNBHOOEwI

Inexperienced hosts don’t get live shows, so they don’t make fools of themselves. You have to earn a live show with years of impeccable work.

Without access to Russia Today’s live, uncensored airwaves, McFaul has refused to host a show on the network. Nevertheless, Simonyan says she’s willing to discuss his ideas for a pilot episode:

I already asked you to do a pilot. Get going. We’re waiting. Or do you need special conditions?

On Twitter, some Russia Today staff defended Simonyan’s comments, telling McFaul directly that he lacks the experience “to run a television show.” Others mocked the ambassador, when he claimed that he has been appearing on TV for the past 26 years, and even co-hosted a Russian show on the RTR network with Andrei Bystritsky in the 1990s.

While Simonyan’s remarks about professional experience appear to apply specifically to hosting a live TV show, her insistence that “years of impeccable work” are required for the job seems to contrast with some of Russia Today’s recent hiring decisions.

For instance, earlier this year, Russia Today gave mixed martial arts champion Jeff Monson his own online series, where the athlete lectures viewers about “how to defend yourself from American trolls” and “avoid a knockout in the information ring.” In some promotional materials, Monson appears in a t-shirt bearing the hammer and sickle of the Soviet Union.

In 2012, Russia Today also aired 12 episodes of “The Julian Assange Show” (also known as “World Tomorrow”), where the Wikileaks hacker interviewed various public figures. This first brush with hosting a television program would be the beginning of the now common claim in the Western media that Assange acts as a “useful idiot” for the Kremlin.

At least one Russian official, Senator Alexey Pushkov, has also joined the Twitter assault on McFaul, writing on Dec. 14 that the former ambassador’s conditions for working with Russia Today are unreasonable. “It would be like CNN giving me my own show on their network,” Pushkov tweeted, recycling Moscow’s often-repeated comparison between the state-run Russia Today news network and the privately owned and operated Cable News Network.