Hong Kong's Pro-Beijing Chief Executive Is Leaving. But There Are Plenty More Where He Came From 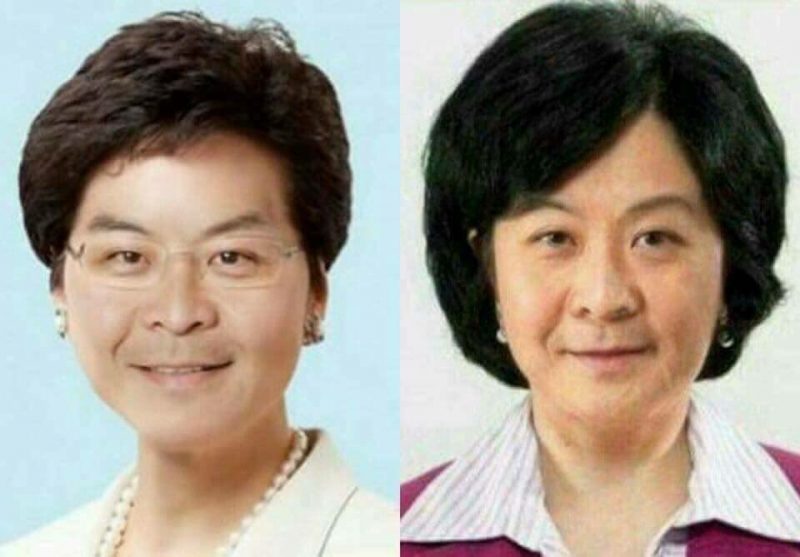 Hong Kong's Pro-Beijing Chief Executive Leung Chun-ying announced December 9 that he would not seek re-election to take care of his family. The news came two days ahead of elections to the 1,200-member Chief Executive Election Committee, which will determine the city’s next top leader on March 26, 2017.

At a surprise press conference, Leung stressed that his decision not to stand again was purely personal:

It was my own decision. As a husband, as a father, I have a responsibility to take care of my family…My daughter only has one father, my wife only has one husband.

However most news commentators believed that this decision came from Beijing, not from Leung, who had clearly hinted at his ambition to seek re-election as recently as last month in an interview with Xinhua News Agency.

Many also believed that his iron-handed bid to remove two virulently pro-independent lawmakers from the legislature was an attempt to win Beijing’s backing to stand.

While it is inevitable that the next Chief Executive, whoever it is, will be from the pro-establishment, people still hope that the city's top leader can stick to the “Once Country Two Systems” motto under the city's constitution that governs the relationship between Hong Kong and the mainland. But people are losing their faith under CY Leung's administration in the past few years.

Not only ordinary Hong Kong people are frustrated, Beijing has a headache too because of Leung's inability to negotiate with different interest groups, including those from within the pro-establishment clan.

In the past few months, “ABC – Anyone but CY” has become a political slogan among dissenters within the pro-establishment clan. As political news commentator Lau Sai Leung pointed out on the online investigative journalism platform the Initium:

Members of the ABC clan include property developers and some pro-establishment political parties. The clan wants to end CY Leung’s political career earlier [than Beijing planned]: John Tsang [Hong Kong’s financial secretary] has expressed his intention to run for the election, retired judge Woo Kwok HIng has even endorsed ABC as his CE election campaign agenda. The central government, upon consulting with various parties found out that under the impact of ABC, Leung might lack the votes to get reelected. Beijing has to end the splintering of the pro-establishment clan and the only way is to change its candidate.

Lau further explained that CY Leung’s failure is not personal, but something inherent in Hong Kong's undemocratic political system:

Leung’s failure is similar to the last two years of previous Chief Executive Donald Tsang’s failure – when the chief executive’s popularity goes down and he loses his political momentum, the China Liaison Office steps in [and the popularity goes even lower]. Their lack of popularity is structural.[…] Hong Kong people expect a Chief Executive who can prioritize local interests and uphold Hong Kong’s system rather than a Beijing-appointed agent.

Thus, although CY Leung will step down, the next Chief Executive will still be caught in the power structure in lack of people's mandate. Endorsed by the China Liaison office and backed by Hong Kong’s first Chief Executive Tung Chee Hwa, lawmaker and former security secretary Regina Ip Lau Suk-yee is one figure who is likely to join the race. Carrie Lam, the Chief Secretary, who once claimed that she would retire from government, also said she would reconsider entering the contest.

Carrie Lam has been a key ally of CY Leung, and has assisted him in his implementation of many unpopular policies on the island over the past four years. Regina Ip meanwhile, is a controversial figure thanks to her role in pushing for tough national security legislation back in 2003. Both are therefore considered as CY Leung’s surrogates. The image at the top of this article, featuring Yeungs face photoshopped onto the two women, neatly sums up this sentiment.

Current affairs commentator Leung Man Tao also reminded Hong Kong people that although CY Leung would not be the Chief Executive, the next Chief Executive is likely to continue to rule in his style, which is characterized by swapping around the elite and fostering political struggles:

Major change in appointment of officials and political position is “blood transfer” [elite substitution]. The strategy neither attempts to absorb elites from the civil society to prevent them from turning oppositional, nor speeds up elite circulation from inside the pro-establishment. Rather it changes old blood for loyal blood to build an alliance that can be completely controlled.

The second character of Leung’s ruling style is obvious. It follows the recent stability control principle of mainland China, magnifying small conflicts into national security threats and tearing society apart. By taking reference of political transformation from other regions and political incidents, it self-directs a series of political crises to justify a crackdown so as to make heroes and accumulate political capital. These kinds of political tactics are frequently used by mainland Chinese officials but it has landed in Hong Kong in recent years. […] The disqualification of law makers Leung Chung Hang and Yau Wai Ching over their anti-China oath and the extension of such political prosecutions to four other localist lawmakers are the most recent examples. Such tactics make use of public opinion from mainland China to crackdown on oppositional parties and threatens the dissents from within the pro-establishment. Who can guarantee such tactics will not be used again in the future? Such power tactic have already torn society apart, resulting in antagonistic relations between the people from Hong Kong and mainland China.

The 1,200-member chief executive election committee was elected on December 11. It's an open secret that Beijing controls the majority votes. In addition to the 300 candidates nominated by a number of pro-Beijing functional constituents who had won without any competition, about 250 pro-Beijing members automatically become ex-officio members of the committee because of their position in the Legislative council, China National People's Congress and Chinese People's Political Consultative Conference and etc..