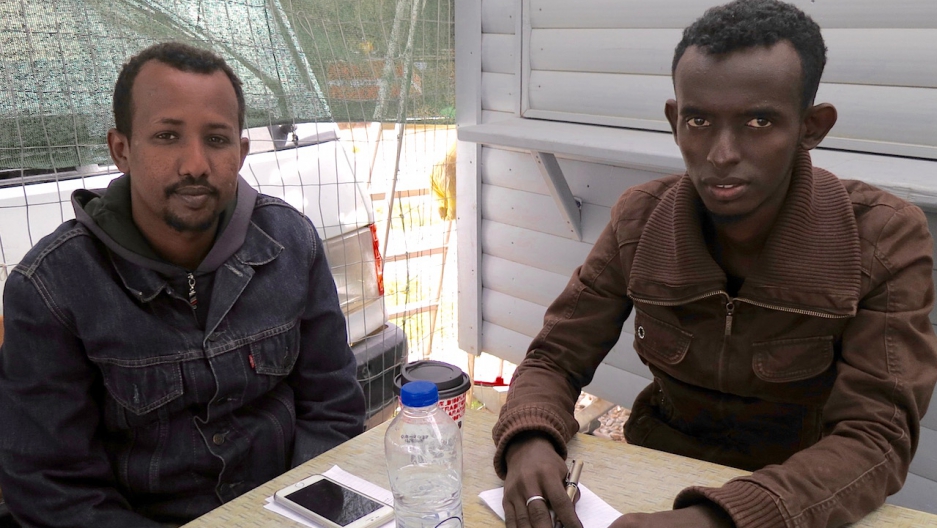 This story by Jeanne Carstensen originally appeared on PRI.org on December 6, 2016. It is republished here as part of a partnership between PRI and Global Voices.

Journalists aren’t allowed inside Moria refugee camp on the Greek island of Lesbos. So, I probably never would have met Kamal Hassan if it hadn’t been for the fire.

In September, refugees protesting the deplorable conditions in the camp set much of it ablaze. The 4,000 people living inside were forced to evacuate to the road outside the gates.

I was in the midst of the chaotic crowd with some other reporters when someone tapped me on the shoulder. A young man with friendly dark eyes introduced himself as Kamal Hassan. He told me he was a journalist from Somalia.  He and two other Somali journalists had come to Greece to seek asylum, he said, because they have each been targeted by the extremist group, al-Shabab, in Mogadishu.

But now they were stuck in Moria. And he urgently wanted to tell me their story.

Several days later, I returned to the camp, where Hassan introduced me to Yassin Abuukar and Kowthar Adraman.

The three journalists eagerly showed me their press IDs from Somali media outlets — Kalsan TV, Horn Cable TV and Radio, TV Mantaa and others. They were all under 30 and had been working as journalists in the Somali capital since their late teens. They had all been attacked by al-Shabab multiple times, they said. Their lives were in danger, so they had fled Somalia and come to Greece in hopes of getting asylum in Europe.

Syrians, Afghans and Iraqis make up the majority of the refugee population of 16,000 currently stuck on Lesbos and other Greek islands; African refugees are often overlooked. But in addition to the Somalis, Moria contains migrants from Sudan, Eritrea, Ghana, Congo, Sierra Leone, Cameroon, Morocco, Egypt, Algeria, Mali, The Gambia and Uganda. Their desire is to gain permanent status as refugees or economic migrants in some European country — but their chances are slim.

Adraman is only 21. She says she's also the only female Somali journalist to have built and run her own news website — Kowtharmedia.com, complete with her own theme song.

Working as a journalist in Somalia since she was 16 has made Adraman tough. Al-Shabab is known for targeting journalists in their homes, so to protect herself and her family, she lived in a safe house with other female journalists for the last five years. She would only see her mother once or twice a year.

“Now [I'm fleeing] Somalia but before I left I had already had to flee from my family to keep them safe,” she said.

But these precautions haven’t shielded her from frequent death threats from al-Shabab by phone and text. She narrowly escaped injury in two bombing incidents, one at a cafe and one at a hotel in Mogadishu.

She left Somalia because she feared her time was running out. 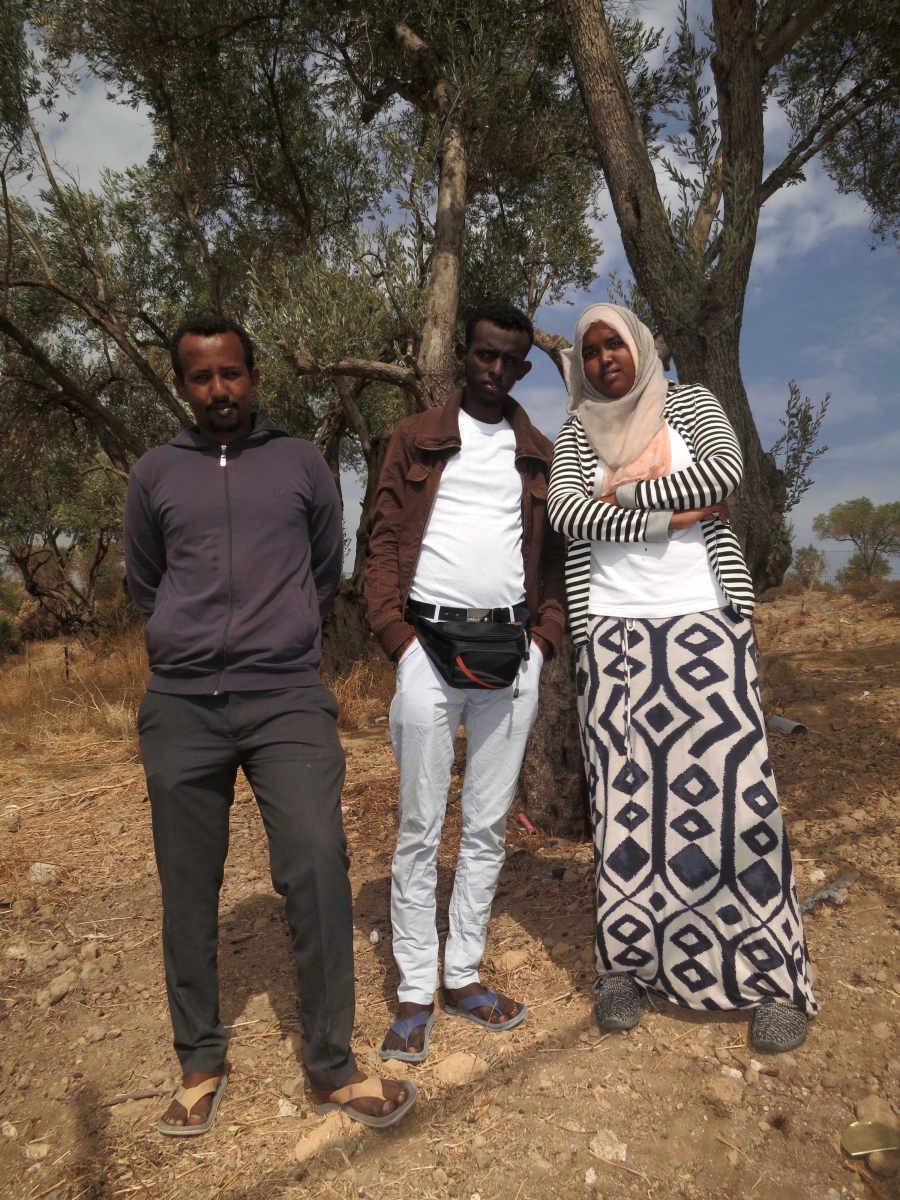 Somalia is one of the most dangerous places in the world to be a journalist. A failed state where extremists and criminal gangs operate with impunity, the country is ranked near the very bottom of the Reporters Without Borders’ World Press Freedom Index.

The Committee to Protect Journalists ranks the country No. 1 on its Global Impunity Index, because so many journalists there are threatened and killed.

“Somalia is extremely dangerous for anyone who conveys an opinion or a message that does not conform to the people with the guns,” said journalist Murithi Mutiga, the Guardian’s correspondent in Nairobi and the East Africa representative for CPJ.

Hassan was also threatened by al-Shabab. Like Adraman, he couldn’t live at home. But one day, on a rare occasion when he was trying to visit his mother, he noticed suspicious men following him. They fired at him as he ran. He wasn’t injured, but it was the last straw. He fled Somalia for Turkey, where he paid a smuggler to cross by dinghy to Greece.

Abuukar’s troubles started in 2008 when al-Shabab kidnapped him after he refused to work for their media outlet, Radio Koran. He was freed eventually, after his family paid a ransom. Later, he was captured again. He managed to escape the night before he was told he would be executed.

In 2012, he narrowly escaped death again, targeted by militants in Mogadishu while he was working alongside prominent journalist Hassan Absuge. Abuukar got away; Absuge was murdered. Then last year, al-Shabab bombed the house where Abuukar’s wife and child were living. Abuukar wasn’t there, but his wife was injured, and his baby boy was killed.

That’s when he decided to flee Somalia for good.

Abuukar, Hassan and Adraman hope to return to their country one day and continue working as journalists. Until then, their dream is to make it to London, which has a thriving Somali media scene. It’s unlikely, though, that anyone here other than Syrians will be granted asylum.

For now, the journalists are stranded in Moria awaiting their asylum hearings. Under the European Union-Turkey deal on migrants, they can’t leave the island until their cases are decided. They may face eventual deportation back to Turkey, deemed a safe third country for migrants, but a place they can’t work legally. In Somalia, they would face certain danger.

In spite of all the unknowns, Adraman’s ambitions haven’t flagged a bit. When she can get a good internet connection at the camp, she still manages to update her website with video reports from other Somali journalists. “I need to tell my people everything that’s going on in the world,” she said. “I want my website to be famous.”

Jeanne Carstensen's reporting in Greece was supported by the Pulitzer Center on Crisis Reporting.