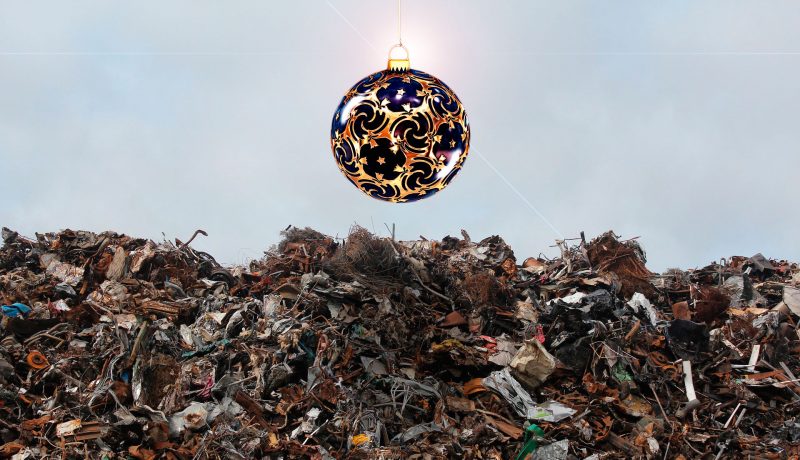 Journalists working for a local state-funded television network in Russia recently discovered that city officials in Chelyabinsk trashed more than 3,000 holiday tree ornaments made by children, in a sad end to a public competition that was supposed to drum up publicity for the Russian Figure Skating Championships and place the ornaments on trees around the city.

If the reports about children finding their homemade ornaments at the dump, fighting back tears as they tried to locate and take back their own artwork, aren’t enough to rob you of your holiday cheer, perhaps this next detail will: the two journalists responsible for breaking the story were summarily fired two days later.

The segment in question never aired on the “1OBL” news network, a state-funded TV channel in Chelyabinsk, but two reporters for the station did cooperate with REN-TV to help put it together. The story was broadcast on December 6.

Children in Chelyabinsk find their tree ornaments dumped in the garbage. Video: REN-TV

Two days later, 1OBL newsroom chief Oksana Shevchenko began the morning staff meeting with a furious announcement, explaining that the station wouldn’t be renewing its contracts at the end of the month with Nadezhda Zalevskaya and Svetlana Sverchkareva, the two reporters who worked on the segment that aired on REN-TV.

Speaking to the newsroom, Shevchenko also said that someone by the name of “Evdokimov” telephoned the director of 1OBL in a rage, complaining about the news segment. REN-TV believes she was referring to Vadim Evdokimov, Chelyabinsk’s lieutenant governor who manages the city’s public affairs. When REN-TV called Evdokimov to ask him about his relationship with 1OBL, he evaded the question and hung up.

On Vkontakte, Russia’s most popular social network, the 1OBL newsroom has been largely silent about the scandal. Nadezha Zalevskaya and Svetlana Sverchkareva aren’t even “friends” on the website, and only the former has posted anything publicly about her problems at work. Of the 29 Vkontakte users registered as employees at 1OBL, just two other people have written anything publicly about the controversy. In both instances, fellow young women in the newsroom shared REN-TV’s story about the crackdown and added short, supportive messages addressed to their colleagues.

Newsroom chief Oksana Shevchenko, who could scarcely contain her anger at this week’s 1OBL staff meeting, hasn’t posted anything publicly since December 4, when she shared a collection of Soviet holiday cards featuring squirrels, bunnies and bears.