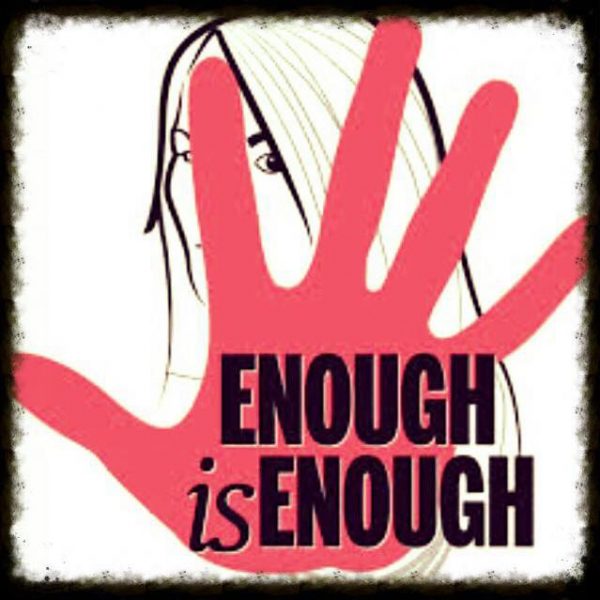 A graphic posted by Facebook user Natasha Pierre, asking netizens to wear black in solidarity with victims of violent crime in Trinidad and Tobago; widely shared on Facebook.

Three days after 20-year-old bank employee Shannon Banfield went missing, her body was found in the warehouse of a variety store in Port of Spain, Trinidad, bringing to a gut-wrenching end any hope her family had of finding her alive.

On Monday December 5, 2016, Banfield told her family that she would take a taxi home after she ran a few errands in the capital city, one of them to the store in which her body was found. Shannon was widely known to be active in her church and a family-oriented, God-fearing person. On learning of her death, a member of her church said in a public Facebook post:

Words can't express how I feel right now. We prayed and hoped for your safe return but God alone knows. Rest in peace my dear […]

We kept vigil with the rest of the nation’s concerned citizens, in hope of a safe return of our team member.

Our thoughts, prayers and support are with Shannon’s parents and family at this time.

We have not received any further detailed information from the police, thus far, but we shall continue to work with them as needed.

We have initiated emotional assistance processes for the staff […] many of whom are inconsolable.

This is a sad day for the Republic Bank team and for our nation.

In short order, the police circulated a press release containing the photographs of two persons of interest in the investigation. However, the swiftness with which the authorities responded did little to assuage the local blogosphere — social media users launched a hashtag, #JusticeForShannon, to help raise the profile of the case and agitate for its quick resolution. A corresponding Facebook page was also started.

While the police were careful not to refer to the men as suspects, many netizens had already made up their minds, especially in light of other reports which suggested that three employees of the store in which Banfield's body was found — two men and one woman — had reportedly not clocked in for work since Monday.

There were also several conspiracy theories being shared on Facebook, alleging that the 2015 murder of another young woman showed loose connections to the store in question.

The overwhelming sentiment on social media sites, however, was that people had had enough of the country's spiralling crime rate, the impotence of the judicial system, and of violence against women. Facebook user Sharon Boodoosingh hit the nail on the head for many female netizens when she said:

#LifeInLeggings town is where it started for me. Shannon RIP

The viral #LifeinLeggings hashtag, created by two Barbadian women who wanted to highlight the issue of sexual harassment in the Caribbean, is giving regional women the online space and support to share their stories. Banfield's murder was the latest in a disturbingly high number of incidents of violence against women, many of which end with their death.

Fellow activist Tillah Willah expressed the weariness of the country's women quite well:

I eh have no car. Is walk I walking. Taking taxi. Taking pictures of the car number. Holding keys, a pencil, a shoes, a book. Holding anything like a weapon in case I have to defend myself. I ready to run if any man watch me too hard. I have no more tears to cry for anybody. I have no more tears to cry for myself. I am sick and frigging tired of walking and watching who watching me. Of jumping at the jingle of the zip on my bag because it sounds like footsteps. I am fed up of this shit and when I get scared and mad for men to tell me I am over reacting. Make sure better than cocksure. Better your ego bruised than I end up dead because I tryna be polite. Allyuh like too much statistics. Stop counting and start being accountable. Y'all better tell your boys to watch their conduct. I fed up. We fed up. Paul going to start to pay for all jus now.

Another Facebook user reiterated the importance of properly socialising boys to respect women:

This is why I am doing everything within my power to raise a generation of Kings. We need to do better..we really do. This one has penetrated so deeply #JusticeForShannon

Women, in the PRIME of their lives being taken in some form, because even if they are released or escaped their quality of life decreases. Awareness is the game. Teach women to be vigilant, teach men to respect boundaries and teach men to protect when they see things off. How are we to face tomorrow knowing this is a possible fate for our mothers, our daughters, our sisters, our wives, our grandmothers, our aunts, HOW? Everyone is talking faith and prayer, but faith and prayer without WORKS is what? Nothing. It's been a hard 3 days for a lot of us, friends and especially family. WAKE UP and FIGHT! #justiceforShannon

She wasn't the only one who thought it was time for action. Brigette R Joseph added:

If this store had been robbed, the tapes would have been pulled. The owners would have sent it to Ian Alleyne [a local crime show host] and it would have been aired THE SAME DAY and the perpetrator's face and the security video would be seen and blasted all over social media.
But a mother calls the police, knew something was up with her daughter. That she was missing.
NOTHING happens. Four days later she is found the same place the mother said she was.
Dead.
Truly. Honestly. WHAT?
Dunno about y'all, but I am Ready to ACT.

Steven Valdez contributed to the discussion by making the point that “the increasing incidents of violent crime is [sic] creating an obstacle to national development”:

While we mourn the loss of another murder victim, let us recognise that our country is in very deep shit and ask some pointed questions:
How do we fix this? Where do we start? Who has the expertise and the power to bring about the changes that are required to get these criminals off our blood splattered streets?

There was much talk — and a petition — about reintroducing the death penalty; the last time that convicted criminals were executed in Trinidad and Tobago was nearly a decade ago. However, journalist Judy Raymond tweeted in response:

More squawking about “bringing back” the death penalty? Sigh. It hasn't gone anywhere. But more importantly, you gotta catch them first!

One Twitter user did not hold out much faith that the virtual outcry would translate into realistic action:

So is anyone willing to march for her? Plenty talk and no action. RIP. #trinidad #ShannonBanfield #justice #womensrightsarehumanrights

But journalist and managing director of the Lloyd Best Institute of the West Indies — an independent think tank dedicated to Caribbean development — invited people to come to the space to strategise, explaining, “Outrage is a powerful force for change. We cannot afford to waste it.”

Citizens have been asked to wear black on Friday December 9, 2016, “in solidarity with the families of those brothers and sisters who have lost their lives, the families in anguish and to send a message that WE the people are taking back our land”.