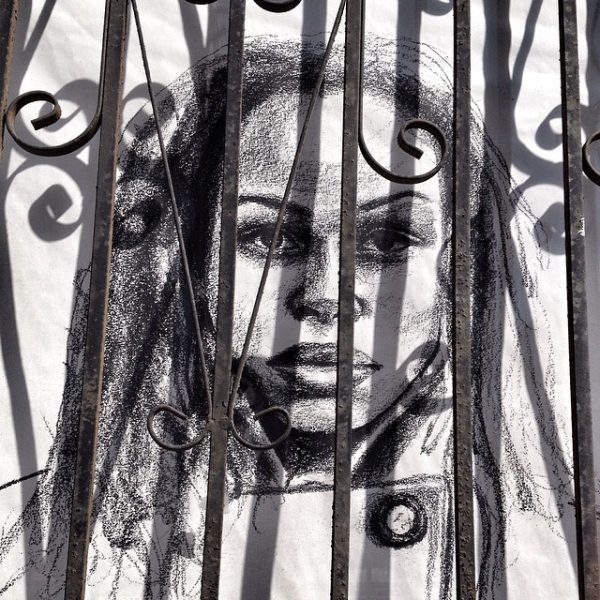 A powerful hashtag, #lifeinleggings, geared towards giving Caribbean women the space and support to share their stories of sexual harassment, is exploding on Facebook and Twitter. Created by two Barbadian women who wanted to demonstrate the disturbing degree to which sexual harassment is part of Caribbean culture, the hashtag has now gained regional traction.

The stories that women of every age, ethnicity and economic background have been sharing are alarming — from posts about victim-shaming and being forced into silence, to tales of intimidation, misguided expressions of admiration, the rampant sexual abuse of minors and the proclivity of their guardians for sweeping it under the rug.

#LifeInLeggings He was asked to watch the kids while Mom went to the store. I was three. He told me to come sit on his knee. I said no. You smell. He made me sit on his knee. Pulled apart my baby legs and ripped my panties off and stuck his fat calloused fingers inside of my vagina. I cried. He said he would make my mother beat me. I was afraid. I hate you.

Women also talked about the lifelong burden of living with the abuse and the ways in which the daily fear of being assaulted informs their behaviour.

Cho Sundari said she is constantly on the alert:

#lifeinleggings Walking with my key in my hand, ready at all times to be used in self defence. Looking behind me at least 3 times before I reach my car. Checking the back seat before I open the door. Opening the door quickly, slamming myself on the seat. Shut the door and lock doors immediately. Sigh. Start ignition. Drive.

One Twitter user had a difficult time reading through all the posts:

#LifeInLeggings is utterly soul-crushing to just read. There have been points when I had to stop because I could not stomach any more.

Many talked about being abused when they were very young, often by close friends and family members. Others talked about harassment in the workplace and the corresponding sense of male privilege.

Trinidadian attorney Justin Phelps noted that the stories flooding social media were way more than a hashtag, and challenged people to think more deeply about its societal implications:

#LifeinLeggings is the story of women AND girl children btw. A large number of the stories are of childhood events. Add the stories of our male children. Add the stories of our dead children. Measure the country's level of civilization against that. Hold that up to the debates you hear in Parliament […] the disrespect and contempt meted out on top of that. Match it against ‘civil society’ who is about ‘country first’, the police service which features negatively in many of the stories, the parents who watch and stay silent, the parents who just stupid, the deviants, the pretenders. Maybe we can muster enough energy for something other than money and vanity to ‘riot’ after all. Nah, too risky.

The stories, interwoven so strongly through the hashtag, begin to paint a picture of rape culture in the Caribbean. One social media user, posting on the Facebook page of the feminist group Womantra, offered advice on how to counteract this attitude:

Be gross. Today a man in the maxi [a minivan-type taxi in Trinidad] had the audacity to tell me that my p*ussy must be fat […] I LOUDLY and NAIVELY explained that it is not indeed fat, I have my period and it is soooooo heavy that I have to layer my pads creating the illusion of a hefty p*ssy. “I doh want to hear bout dat!!!” He was disgusted
Again, I had to educate him, “thats what p*ssies do!!! Thats how it prepares us to have your babies!!!” […]
The maxi is extremely quiet. It starts with a giggle. Then the entire maxi is laughing at the man's discomfort. #LifeInLeggings
Be gross. Pick up space. Attack using any and all weapons in your arsenal: cussing, humour, disgustingness, anger, shyness, needing a friend, tears…. I the Feminist Fairy grant you the power….

Female netizens were overwhelmingly vocal in their support for the brave women who were sharing their stories. As the testimonies poured out, a sisterhood was being formed — so many women could identify with the experiences; had been through something similar themselves.

Whitney Francois shared #lifeinleggings Watching a friend trying to be strong after being called a sellout and a traitor and even threatened for “snitching” on her bf after he raped her. Who really betrayed whose trust a few harrowing experiences:

#LifeInLeggings
Having a female friend in primary school who tried to kiss on lips and touch your V because she loved you.
And thats how ‘love’ was shown in her home.
To everybody.
Mind you she was 5.

#lifeinleggings
Watching a friend trying to be strong after being called a sellout and a traitor and even threatened for ‘snitching’ on her bf after he raped her.
Who really betrayed whose trust?

Christine Sankar shared an example of the kind of street harassment most Caribbean women have faced at some time or another:

Ignoring men when they're cat-calling and calling out to you as ‘Beautiful’ ‘Sexy’ ‘Family’, and as soon as you pass them, they further disrespect you by telling you that ‘You not that nice anyways’ or ‘One day someone would f*ck that stink attitude out of you’ with some of them even going to the extent of yanking on your shoulder or following you #lifeinleggings

Malaika Brooks-Smith-Lowe said that the inappropriate behaviour knows no bounds:

#lifeinleggings is having to tell a group of grown ass men to stop harassing me while I teach children in an outdoor yoga class.

#Lifeinleggings. When ‘Good morning beautiful’ is no longer a pleasant greeting or compliment because it is usually the preamble for some form of harassment.

While most netizens were full of praise for the hashtag's creators, saying it was “time for this taboo to get broken”, one young woman was curious as to why the discussion — under the theme “leggings” — was gendered, arguing that men were also victims of sexual abuse.

As the hashtag spread, there were calls for men to express support for the cause. Many did — but others tried to make light of the situation and invalidate women's testimonies. The backlash was harsh and immediate, especially when men used the narrative of women's attire as justification for sexual abuse.

Denica Shute made it very clear:

‘Women are deserving of respect regardless of what we wear and we refuse to subscribe to the notion that men simply cannot help themselves to sexually harass or abuse a woman because of what she is wearing.’
#lifeinleggings

Men who have an issue with the hashtag #LifeInLeggings are the reason why this hashtag exists.
In 2016, why is it still not okay for a woman to vent about the abuse at experienced from childhood to adulthood which still affect her daily and she may never be fully healed?
Additionally, why are women also finding issues with the hashtag? Just because you don't have an experience or feel like sharing your own, doesn't mean you can be Petty Patty and stop others from participating in the trend.

Indeed, it was widely agreed that the machismo with which Caribbean boys are socialised is part of the problem.

The situation escalated when one Trinidadian man attempted to create a #lifeinpants hashtag, based on his perception that #lifeinleggings was “implicating all men in a social atrocity”. His posts with the hashtag were subsequently removed. Women lashed out in astonishment and disgust.

#LifeInLeggings: When from hairless babies to balding grannies get raped, but you feel attacked by a hashtag.

#lifeinleggings made it as easy and common to demonize men as it has been easy and common over the years to objectify and sexually assault women. #whenthetablesareturned yes feel uncomfortable, and feel attacked and feel responsible even if you aren't, most importantly FEEL!
Obviously not every man is guilty and not every woman would have been a victim, but the rape culture is bigger than every one of us! See and feel that!

You cannot decry a legitimate movement by making the issue somehow about yourself and then, when you are called on your bullshit, berate and chastise everyone […] who disagrees with you. Then today you're crying oppression, stating that you're attacked by perceived feminist because they don't agree with your useless opinion. All that makes you is a special kind of stupid.

The #lifeinleggings hashtag is a challenge for men. Some to confront the horror of these stories, others to know their place and to understand that these are women's stories to tell, whatever their tone and sentiment. […]
These stories are about a line ignored, crossed and trampled on.
If you are a man, read them without making it about you.

The hashtag has helped to jump start a long overdue regional conversation, and there have already been some important takeaways — that the region's rape culture has been handed down over generations; that victims’ silence only makes predators more powerful; and most importantly, that through education and legislation, more girls and women could be spared the trauma of sexual abuse.