Mexican Governors on the Run From Embezzlement Scandals 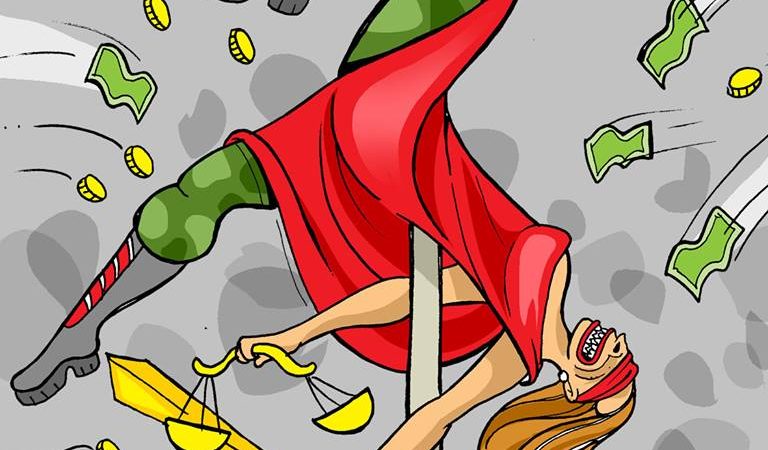 Recent news headlines in Mexico have been dominated by corruption scandals involving governors and ex-governors — or góbers as they are popularly called — from various political parties who looted government coffers.

Over the past few months, Global Voices has covered corruption in Mexico and the efforts to confront it. The most well-known case is that of Javier Duarte from Veracruz, a former member of Mexico's ruling Institutional Revolutionary Party (PRI). Duarte was suspended from office and subsequently expelled from the party.

In May 2016, the website Animal Político published an investigation revealing how the Duarte administration laundered millions in public funds through the use of fake companies. Months later in October, Duarte appeared on the country's highest-rated morning newscast and announced that he would step down and face the charges against him, then he fled — using a government helicopter according to some sources.

Meanwhile, opting for a more serious tone, journalist and blogger Gilberto Perez said political parties should be responsible for the actions of their members:

The parties should respond to the fortune of the thieving rulers they represent.

Another Mexican góber facing criminal charges is Guillermo Padrés from Sonora, a member of the National Action Party (PAN), a right-wing opposition party to the PRI. Padrés is being investigated for money laundering, tax evasion, and organized crime, among others. Like Duarte, he also created a media circus by appearing on a morning newscast, where he announced that he would turn himself over to police. Six days later, on November 16, a court ordered him to remain in jail for the duration of his trial for defrauding the treasury, to avoid another fugitive góber.

Padrés’ attorney is Antonio Lozano Gracia, a roguish old-timer of Mexico's political class. Lozano served as Attorney General of the Republic during an era tainted by shady investigations into the most notorious killings of the 1990s. His cases lost all credibility when it emerged that the institution he lead relied on the services of a clairvoyant known as “La Paca” to assist them. Now Lozano is defending Padrés and — according to some journalists — Javier Duarte, as well.

Two reputed members of the PAN, Lozano Gracia and Diego Fernandez de Ceballos, are the lawyers of the corrupt Padrés and Duarte.

Twitter user Eugenia Domínguez suggested that Lozano himself should be investigated due to his shady history as a public servant:

Seriously Antonio Lozano is Guillermo Padrés and Javier Duarte's attorney??? I think he should be investigated too!!

Of course, Lozano claims that Padrés is innocent:

Antonio Lozano, attorney for @guillermopadres, is confident his client will be declared innocent.

Roberto Borge Angulo is another góber who left his state government virtually bankrupt. Before Borge stepped down, an investigative report titled “Borge's Pirates” exposed corruption in his administration, including how Borge owned an airline and used it to transport the governor, his family and friends in private jets at the state's expense.

Tweet by Ignacio Dector: Do not let the toad Borge escape and let's make him return everything that was stolen, appropriated, stripped!!! And also make him pay for Tajamar ecocide!

The cases of corrupt Mexican góbers keep piling up; however, sentences against them are non-existent. To date no one at this level has been sentenced by a judge, paid restitution or been imprisoned.

The lack of convictions has not gone unnoticed by civil society. María Amparo Casar stated in regards to Javier Duarte:

What happened in Veracruz was a completely avoidable political disaster and there are responsible parties: some directly responsible and others indirectly. All of them have first and last names. Some are known, and others are not. All deserve a trial. If they are found guilty, the law hands down the penalty.

The primary responsible party, the ringleader of the alleged looters, is the fugitive governor, Javier Duarte.

In this political landscape marred by corruption, the fundamental role of the political class, especially those responsible for the administration of justice, remains to be seen. Will they rise to the occasion or will they be unable to bring the góbers to justice and repair the damage they have caused?