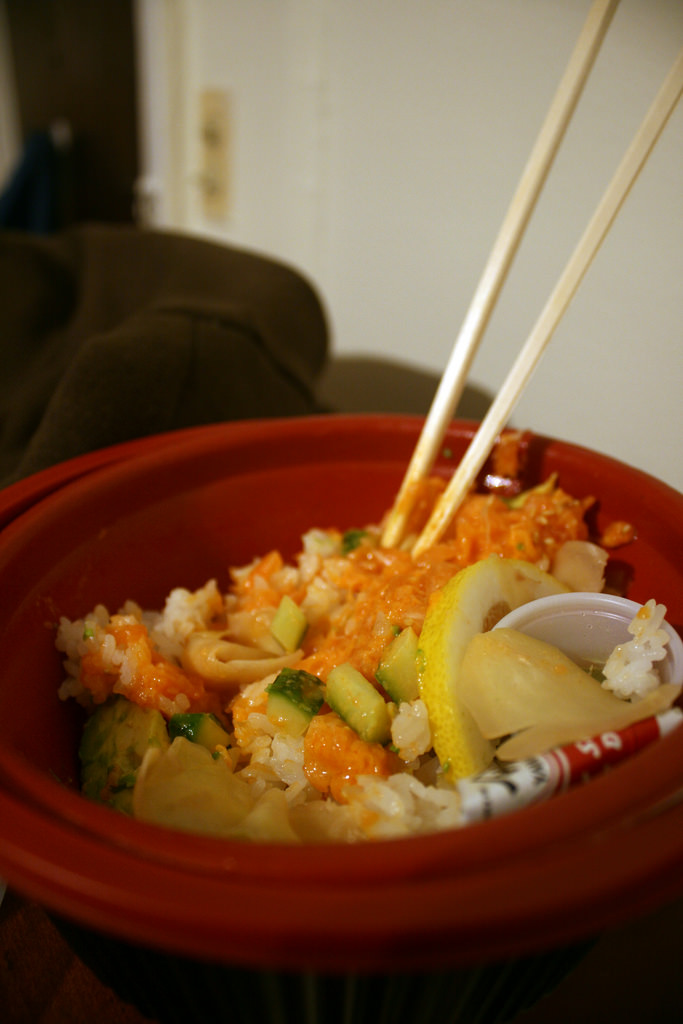 Vietnamese elders will react in horror if you ever stick your chopsticks upright into your rice bowl. Photo from the Flickr page of Quinn Dombrowski, CC License.

This article by Vinh Trần is from Loa, an independent news website and podcast that broadcasts stories about Vietnam, and is republished by Global Voices as part of a content-sharing agreement.

Ever gotten a slap on the hand when you stick your chopsticks upright into your rice bowl in Vietnam? What’s up with that? Let’s explore this and other popular Vietnamese superstitions.

Black cats are a bad omen in many parts of the world, but for the Vietnamese, the bad luck happens when the cat comes into your house.

We got the lowdown from Professor Hoàng Mai Nguyễn.

Professor Nguyễn says that this superstition is rooted in the belief that when someone passes away and a cat enters the home and jumps over the coffin, the deceased person might sit right up. Apparently, this came from a story passed down through the generations without scientific evidence. But since no one wants that to happen, people will do everything to prevent this situation from happening.

2. No Odd-Numbered Groups in Photos

Ever been to a Vietnamese wedding and notice that if there’s an odd number of people gathering to pose for a photo, another person will jump into the mix? Well, here’s the “logic” behind that.

Again, no scientific evidence, but… who wants to risk it?

3. Chopsticks Upright in the Rice Bowl

Vietnamese elders will react in horror if you ever stick your chopsticks upright into your rice bowl. What gives?

Some say it’s because it resembles an incense bowl (with the chopsticks as the incense).

Professor Nguyễn says it’s not so much that an incense bowl is bad luck, but because it is so often used during ceremonies commemorating the deceased, it is often associated with a death in the family. She says there’s no proof of bad luck occurring because of this, but a student named Lan Bùi says she avoids positioning her chopsticks this way out of respect.

I don’t personally know if the superstition can bring misfortune but I still avoid it because I consider it as bad manners. It’s a kind of a form of respect for me.

You now have a brief breakdown of three popular Vietnamese superstitions. Whether it’s out of respect or to avoid risking bad luck, perhaps you can now make a slightly more informed choice on whether or not to adhere to the superstitions.

Learn more about Vietnamese superstitions by listening to this podcast: