One Year on, Belo Monte Dam Is a Nightmare for Indigenous Peoples in Brazil 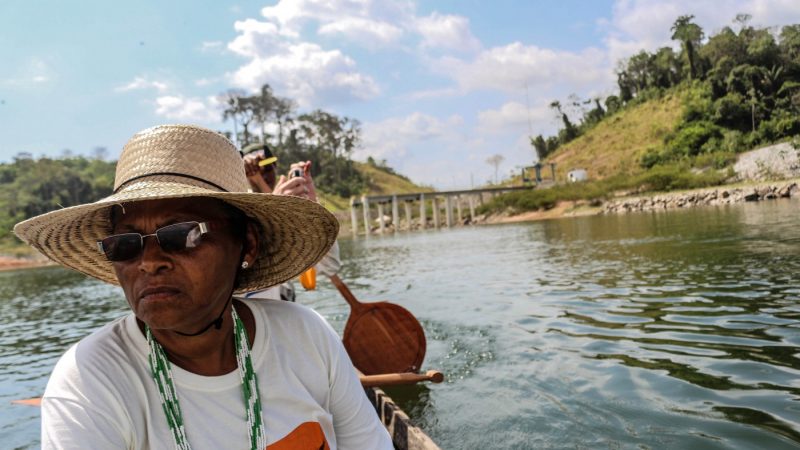 Raimunda Gomes da Silva, who lived in one of the fluvial islands in the Xingu, flooded by the new reservoir. Photo: Isabel Harari/ISA

This story by Isabel Harari, originally published on Instituto Socioambiental, is abridged and republished here as part of a content-sharing agreement.

A year ago, officials closed the gates of the Belo Monte Dam, the second largest hydropower plant in Brazil and fourth largest of the world in installed capacity. From that moment on, the dam's reservoir in the Amazon began to fill, and the lives of the indigenous and riverlands populations who surround it were forever transformed.

Thanks to the dam, locals say sailing parts of the river has become more difficult, fishing grounds have disappeared, and pests and fish deaths are on the rise.

“It's impossible to live in the Xingu River today. I don't stand a chance. People use to live well. Now they survive. It's not a dignified life,” says Raimunda Gomes da Silva while sailing by the Pedrais da Volta Grande, a section of the Xingu River severely affected by the Belo Monte Dam.

Raimunda used to live with her husband, João, in one of the fluvial islands of the Xingu that were flooded by the dam's reservoir. They both lived off fishing and farming. Today, she lives in the suburbs of Altamira, a city of 100,000 people — the largest population center near the dam.

The Volta Grande is a 100-kilometer section of the Xingu river that runs through two indigenous reserves, the Arara da Volta Grande and Paquiçamba. Since the dam’s gates were closed, about 80% of the volume of the Volta Grande’s water has been diverted from its natural bed through an artificial canal to a reservoir 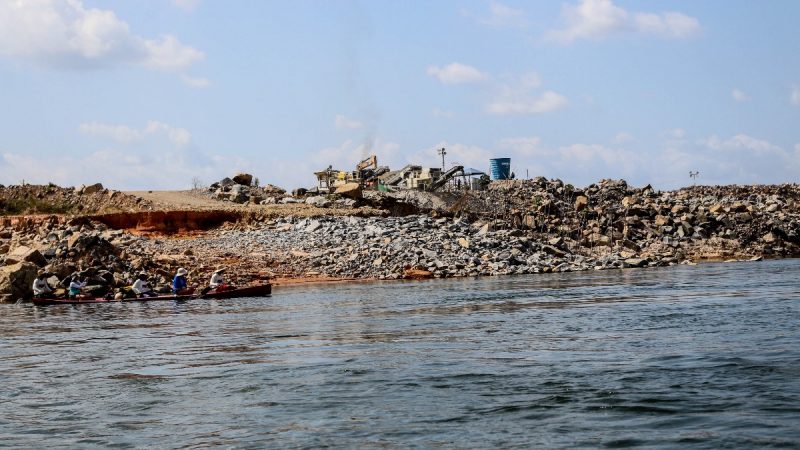 “The biggest problem is the lack of water. Downstream there's too little and upstream it overflows. It overflows with bad water and the downstream shortages are killing things off. There's too much water upstream, but it's all compromised, with problems, residues, dead fish, dead trees that have been submerged. And downstream we need more water —there's a little left, but not enough,” says Raimunda.

No river and no fish

Between February and April this year, Ibama, Brazil's environmental regulation agency, fined Norte Energia in R$ 35.3 milhões (10.5 million USD) for the death of 16.2 tons of fish during the filling up of the reservoir, which took three months. 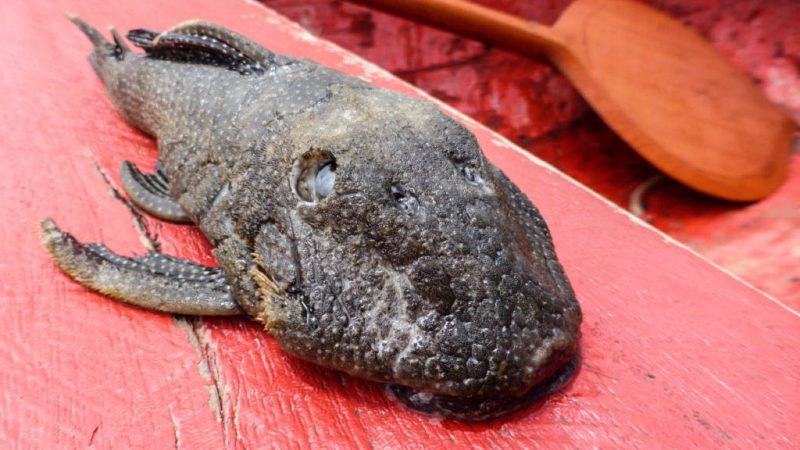 Acari, a common fish in the region, blind and diseased. Photo: Torkjell Leira/ISA

But dead fish weren't the only problem that confronted people living along the Xingu. The construction sites’ artificial lighting and use of explosives also ruined vital fishing grounds used by the indigenous peoples of Volta Grande.

With the permanent damming of the Xingu and the reduction of its flow, damage to local communities’ fishing got only worse. “It used to take an hour to get to the fishing grounds. Now it takes twice as long. Some places are inaccessible because the water level is too low and we can't pass [in our boats],” says Natanael Juruna, a member of the indigenous community.

Fishing is the main subsistence activity of the Juruna, according to the the Atlas of the Impacts of the Belo Monte Dam on Fishing, produced by the Instituto Socioambiental. According to data collected by independent monitors at the Instituto Socioambiental and the Federal University of Pará, the annual production of fish of the Juruna is of 4,469 kilograms — 98 percent of which is consumed and 2 percent of which is sold commercially. Fish represent 55 percent of local communities’ meals. 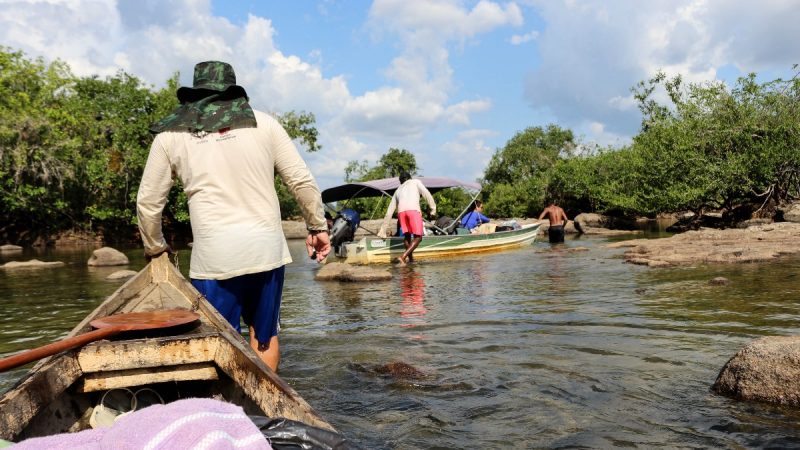 Sailing has become difficult in parts of the river because of the reduced water flow. Photo: Isabel Harari/ISA