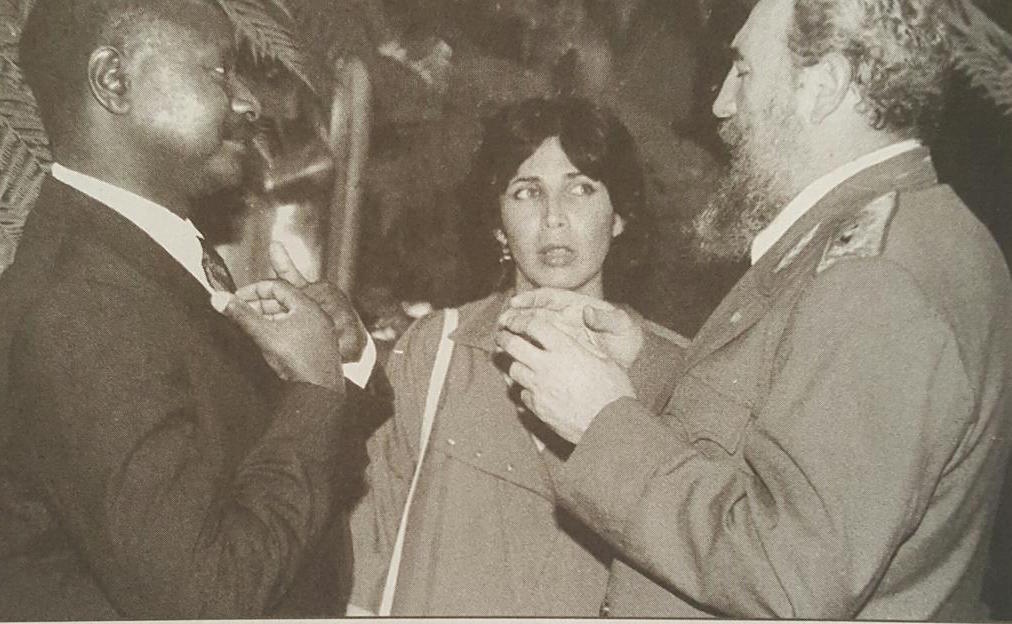 Fidel Castro, the Cuban revolutionary leader who died on Friday November 25 at the age of 90, is arguably one of the most beloved world leaders in Africa.

This is mainly due to Cuba's contribution during anti-colonial and anti-apartheid struggles in African countries such as South Africa, Namibia, Angola, Mozambique and Guinea-Bissau. In addition, Cuba trained many African doctors and sent its own doctors into African countries. The most recent example of Cuban doctors helping out in Africa was during the Ebola crisis when the country sent about 300 doctors.

Immediately after the official announcement of his death, African leaders and ordinary citizens took to Twitter to pay tribute to the communist icon.

Fidel Castro was a great friend to Africa, to countries in the Global South and to the Non-Aligned Movement. His place in history is assured

Castro also demonstrated to the world that sovereign equality is a paramount idea that must prevail at all times.

Tanzanian professor of law Issa Shivji tweeted, referring to Castro's own pledge that “history will absolve me“:

History has abundantly absolved him. A small nation withstood the might of the most vicious military power on earth. pic.twitter.com/Asg7LWIYvE

Prince Maphosa took note of the fact that he died on a Black Friday, which marks the beginning of Christmas shopping season.

2016 could not get
any more ironic, Fidel Castro died on Black
Friday, the most capitalist day there is.#MHSRIP

Luka was surprised that he was still alive:

Haha everyone's going to be a Castro expert now… and the shear number of quotes we'll have to endure https://t.co/trW893xCOM

In a tweet that seems to be making reference to the surprise election of Donald Trump as the next US president, Ory Okolloh Mwangi, the co-founder of Ushahidi, remarked:

Castro waited until it was clear that the Empire has imploded.

Mohamed Harith in Kenya explained what Castro taught him:

Fidel Castro defined anti-imperialism to me. He taught me, taking a stand has its price but dignity is by far priceless. RIP Savior

While googling who Fidel Castro is find out how Cuba supported Africa's fight against colonialism.
It matters. It matters how you got HERE.

Fidel Castro Ruz:
Your imprints are visible in me and in most of the SPLA top Cdrs that you trained. I bid you farewell, mi Commandante!

Adam Habib, Vice-Chancellor and Principal of the University of the Witwatersrand in South Africa:

An end of an era – Castro has died. He fought imperialism for 50 yrs, survived many assassination attempts, and died peacefully in his bed.

We won't forget how #FidelCastro supported fight against apartheid when the ‘civilized’ world didn't. Castro, with his faults, was a leader. pic.twitter.com/NPbtpY9M2e

R.I.P Fidel Castro … Tell Che we love him … Tell Gaddafi we are sorry … Tell Nkrumah to forgive us … Tell Sankara he was right??

He had his many faults but don't let them tell you Fidel Castro was a bloodthirsty know-nothing dictator.

Don't be lied to.

#RIPCastro pass our greetings to #CheGuevara, tell him there is black president in Us, & African leaders are now agents of colonialists.??

However, not all Africans who took to Twitter showered Castro with praises. For example, Yasmin Yonis wrote:

My grandfather was ripped out of his home by Castro-backed Ethiopian troops & slaughtered in front of my family. Please have some nuance.

Yonis is from Somalia, a country where Cuba sent troops to help to fight alongside the Ethiopian army during the Ethio-Somali War over the disputed Ethiopian region of Ogaden from July 1977 to March 1978.

While Peter Kamalingin called the death of Castro the “end of an error”:

The end of an error- #Fidel Castro he just couldn't stand a Trump and decided enough https://t.co/rbj7QgNUUd