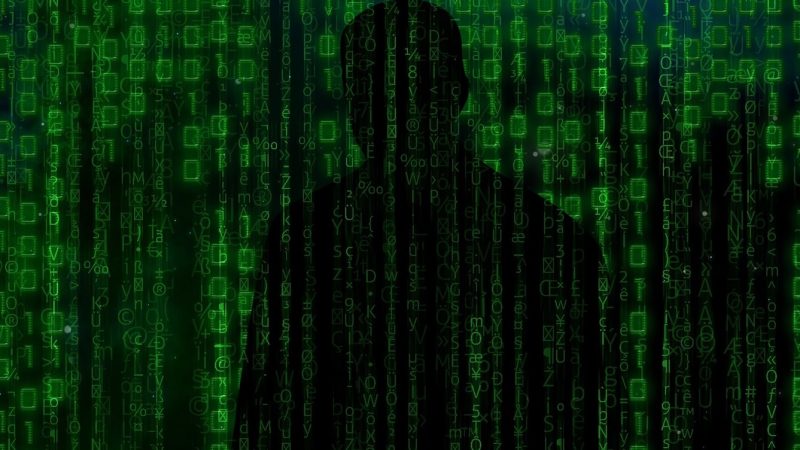 Image taken from Pikabaym and published under CC0 license as part of public domain.

There are many well-known figures in Ecuadorian politics. One of the best known is Martha Roldós, a former member of parliament from Guayaquil famous for her fierce opposition to the government of President Rafael Correa. In 2014, Roldós told the media that her email account had been “invaded”, saying a letter sent to her private email account had been stolen and published “word-for-word in the state-run newspaper El Telégrafo”.

The email was written by Adam Isacson (a member of the program on Regional Security Policy at the Washington Office on Latin America) and addressed to David Holiday of the Open Society Foundations. (Note to readers: Global Voices receives some of its funding from OSF.) Roldós was copied in the correspondence.

Publishing the letter, El Telégrafo also reported that Roldós and others were planning to develop a “media project” in Ecuador. Roldós’ project, Fundación Mil Hojas (One Thousand Pages Foundation), had already existed for a year, as it happens. It focuses on investigative journalism, particularly reporting on transparency and corruption — issues that have frequently occupied the national media's attention.

Until Roldós’ case, this type of cyberattack and publication of personal information in Ecuador was something you found only in the movies.

This year, Roldós’ group — together with another Ecuadorean organisation called Usuarios Digitales (Digital Users) — published an alternative report for the UN Human Rights Council, ahead of Ecuador's periodic human-rights review in May 2017. The report's focus is the country's situation with digital privacy rights and information access.

The Universal Periodic Review (UPR) is a mechanism of the Human Rights Council for improving the human-rights situation in the territories of the 193 UN member states. Ecuador's last UPR was in 2012. Slovakia, Canada, Norway, Latvia, Belgium, France, and Costa Rica, among others, submitted observations on Ecuador about the state of freedom of expression and association, the decriminalisation of defamation, and media independence, among other points.

We spoke to Alfredo Velazco, a member of Usuarios Digitales, who said that the report assesses how various actors are currently working to suppress content (primarily content critical of those in power) in a manner inconsistent with international standards. The report is divided into five sections, which we will examine accordingly.

The document asserts that Ecuador has witnessed violations of the right to personal privacy being used to obtain information that is then later used by state officials on national television and in President Correa's Saturday broadcasts.

The report takes up the issue of cybersecurity and state surveillance. Similarly, various reports have highlighted the alleged contracting in 2013 of the Italian firm “Hacking Team” by the Ecuadorean government's National Intelligence Secretariat.

According to the report, “Hacking Team: Spyware in Latin America“, the Italian firm offered its services to the Interior Ministry in mid-June 2015. The latter indicated a need for a “National Monitoring Center at country level” that could begin functioning by October 2016. This report, based on information published by the Associated Press, says that “from the leaked emails emerges proof that the government of Rafael Correa used Hacking Team's malware to spy on Carlos Figueroa, a media and political activist who was sentenced to six months in prison for ‘insulting the president'”.

Anonymity: Attack of the trolls

Usuarios Digitales reports that it has made note of various fake social network accounts, and even some official accounts, that have been used to disseminate threats against those who express an opinion different from the views of the Correa government. In addition, the group analyzes the ways in which cyber-harassment has been expressed. For instance, state officials have publicised the names and personal information of active social-media users. The case that's maybe resonated most with the public is the story of “Crudo Ecuador”, wherein President Correa bullied online satirist Gabriel González into quitting the Internet.

This is where Martha Roldós, the president's fierce opponent in Guayaquil, comes in. In 2014, she filed a motion for discovery with the Guayaquil prosecutor's office directed against El Telégrafo Editor Orlando Pérez. The motion's aim was to find out the source of the information El Telégrafo published, which revealed that Roldós was looking for external funding to create a news agency. The case did not move forward, however.

And finally there's Ecuador's digital blackout in 2014, which the report says hindered access to sites such as YouTube and Google on March 28, 2014, between 19:20 and 19:53. This occurred days after the publication of personal emails that were said to belong to Rommy Vallejo, head of the National Intelligence Secretariat on the Google platform Blogger through a blog named “Anonymous Ecuador”.

The report also says that Fundación Mil Hojas, Plan V, and Focus Ecuador reported “cyber-attacks” in May 2016 that affected their webpages. Days before, these sites had published information about oil contracts and the participation of the main representative of Petroecuador and the country's former oil minister.

Additionally, the report talks about the trolls who intimidate opposition politicians, journalists, and citizens opposed to the regime.

The report also illustrates how Ecuador's civil society is fighting back to maintain its digital rights. For Alfredo Velazaco, “there is a big lack of knowledge on this issue and a lack of spaces that could enrich the debate. Due to the conditions in the country, digital rights and the flow of information have been relegated to a second tier. Those in power are taking advantage of this lack of knowledge to prevent unwanted information from being published or shared”.