How My Father Recorded 100 Days of Curfew In Kashmir 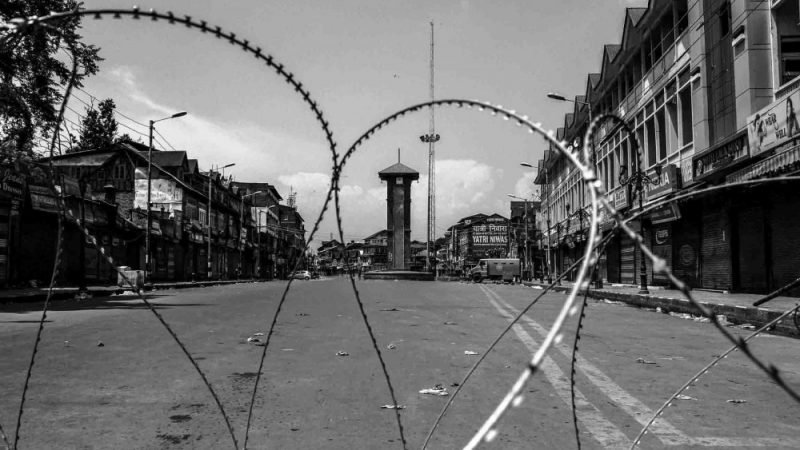 Curfew in Kashmir. Photo by the author.

On the 8th of October, I land at Srinagar airport. Nothing has changed since I left three months ago. Kashmir is still on edge. The anger of the residents is palpable. The tension in the air hits your face as soon you leave of the fortified area of the international airport. Spools of concertina wire tell a story of a beautiful cage where people walk with their feet fettered. 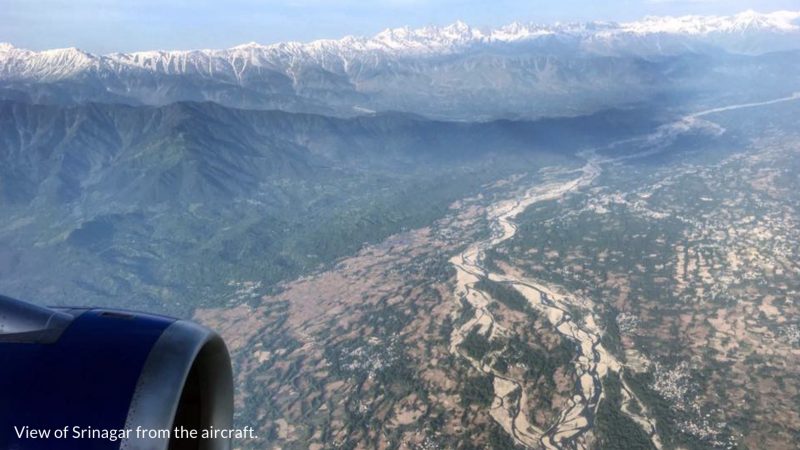 Welcome to my home, where my identity is always being questioned by men in camouflage who arrived by plane in the hundreds of thousands. Along with the barbed wire guarded by Indian armed forces comes frequent questioning.

Since Burhan Muzaffar Wani died during a brief gunfight in South Kashmir, undercurrents of resistance have gripped the mountains and the vales of this Himalayan region. Speak to people and they offer the pat reply: “This time, the mood of the people is different as compared to the uprisings of 2008 and 2010.” 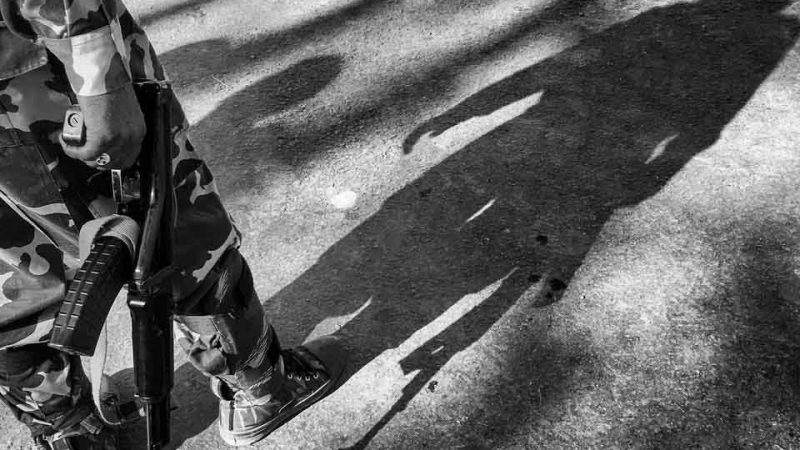 Photo by the author.

My father retired from government service three years ago. During his working years I never saw him take sick leave or stay home for any reason. He is restless these days, he has been restless ever since Wani died and Kashmir erupted in anti-India demonstrations. 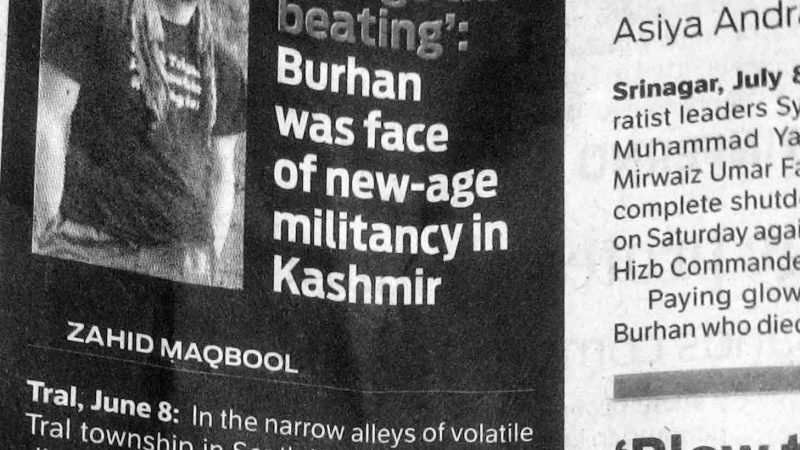 Picture of a local daily after the young rebel commander was killed in a gunbattle in South Kashmir. Photo by the author's father.

My father rarely sits in one place and relaxes. He keeps moving from one room to another: sometimes even a short stroll to the main gate of our house isn't possible due to the air filled with tear smoke. The only time he sits in peace is in the morning, when he reads the local English and Urdu dailies.

After my father's retirement, his own ailing dad kept him busy. He spent most of his time attending to him. My grandfather passed away this year after a prolonged illness. 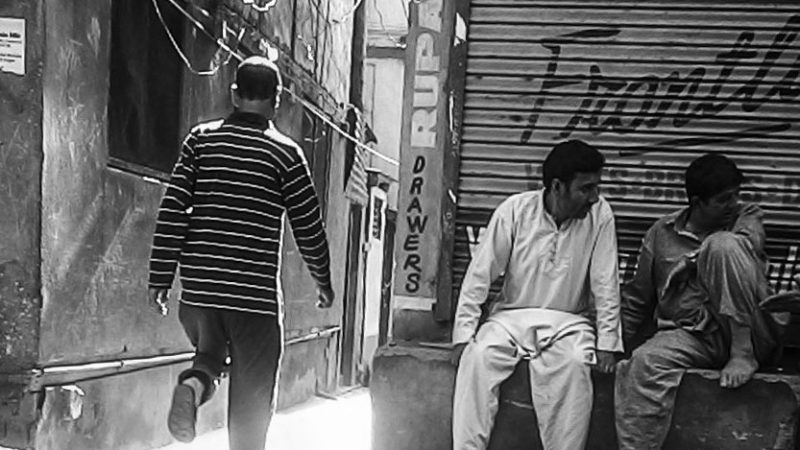 A neighbour crosses a wood log placed near an alley while others sit and discuss. Photo by the author's father.

For the past 100 days the valley has remained shut. Countless have been injured; at least 100 have had their vision permanently damaged owing to the use of pump action guns by the armed forces. The government has also unleashed a massive crackdown. People are being arrested by the hundreds each day and detained under “lawless laws”. 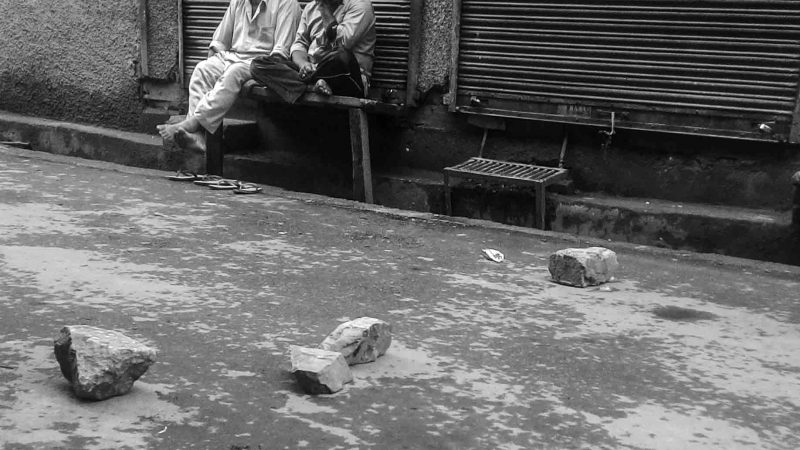 Rocks used to block a road outside my home in the Old City. Photo by the author's father.

The day I returned home, a 12-year-old student became the latest victim of the pellet guns. He succumbed to his injuries, which he sustained a day earlier when local police “shot him from a close range near his house”.

There was a stringent curfew in place. Not only did the government impose a curfew, but people also ensured that a “civil curfew” was in place. Citizens set up roadblocks to stop police from entering their localities. Official figures put the number of arrested at 446, but the local press says the number is much higher. 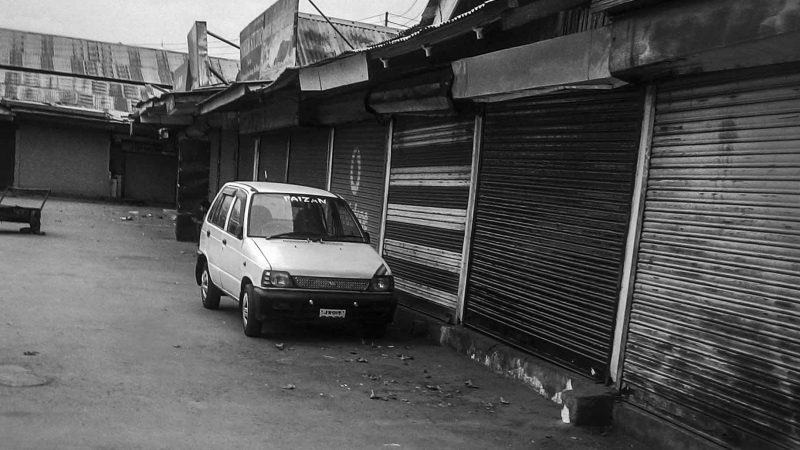 A market is completely shut after the boy's killing. Photo by the author's father.

Demonstrators and others have been confined to their personal localities owing to the strict curfew.

Back at my home, my father tries to tuck in his stomach after I point it out. He holds his breath deeply, but isn't able to hide it.

When I left, things were different. Every time I talked to him on the landline phone I would ask the same question: “What did you do today?” and his reply was similar too: “Eat, sleep and repeat.”

Both my parents have gained weight. Although my mother refuses to accept it, the reality is that she has. 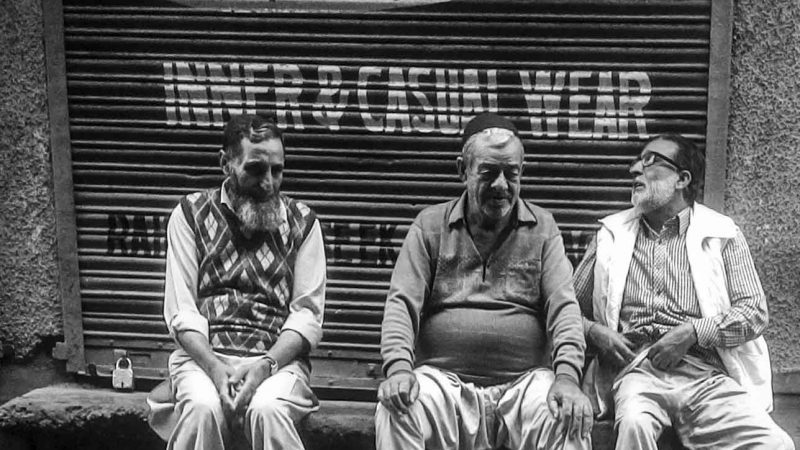 Elderly of the area sit on a shop porch. Photo by the author's father.

My father thankfully isn't on any medication, nor has he ever been. He enjoys a healthy life. With age, he has become more tech savvy. On his phone's camera, he recorded the things he saw over 100 days, as his movements remained restricted to the lanes around our mohalla. 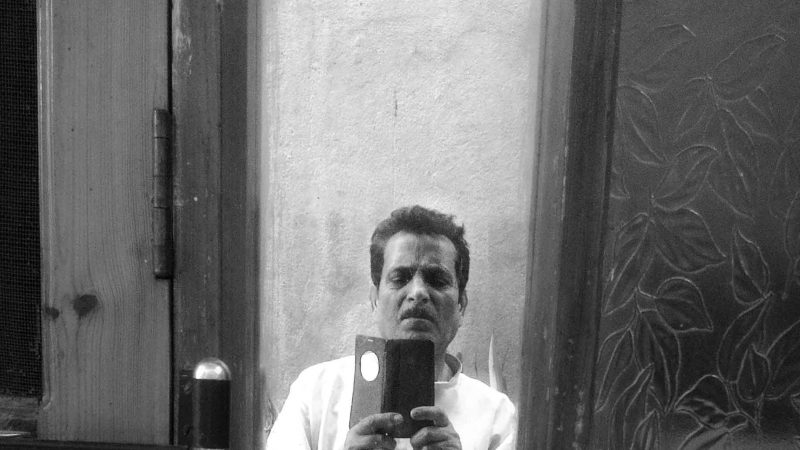 Dad taking his picture through a window pane on his 80th day at home.

From our house, he can move 400 meters to north: Fateh Kadal; 300 meters south to Kani Kadal’ 170 meters west to Syed Mansoor Sahab bridge; 120 meters east to the point where all our neighbors sit and pass their day. 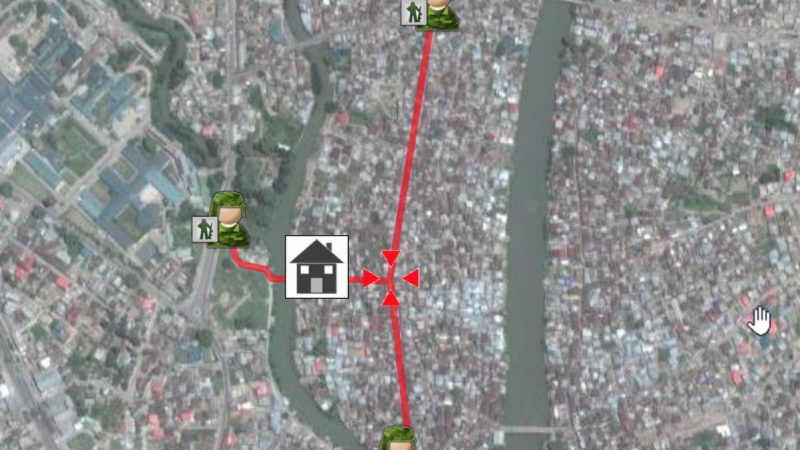 Interactive satellite map showing the area where he could move. Image remixed by Ieshan Wani

According to Google Maps, my father has his free movement restricted to 990 metres, 10 metres less than a kilometre.

The topics mostly discussed on shop porches—or “pyend”, as we call them in Kashmir—are the Kashmir uprising, oppression, cricket, and the recent robbery of seven lakh rupees’ (US $10,000) worth of gold jewelry belonging to a bride-to-be in the locality. 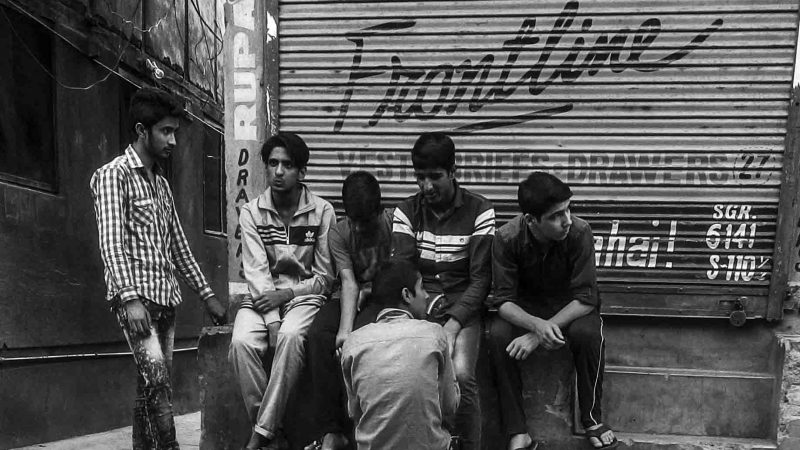 Children sit outside their houses in the locality. Photo by the author's father.

“Tear gas came suddenly from nowhere and burst near my friend, we all ran then, the conversation was left midway,” my father tells me. He continues to record and show the beautiful prison in which he is caged. 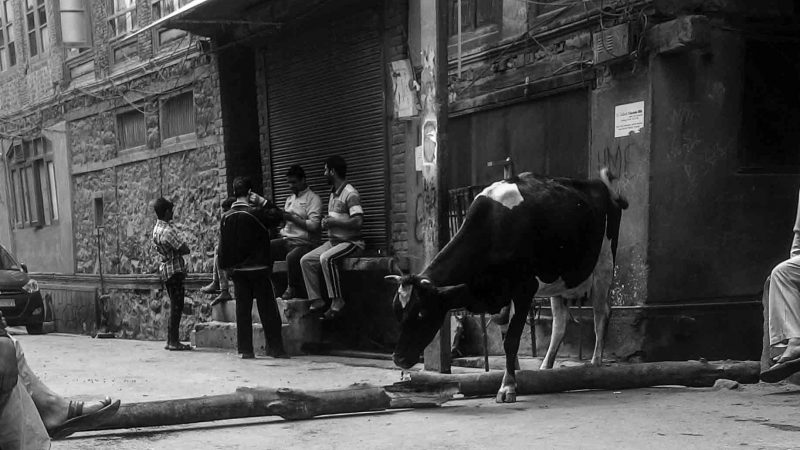 Cow of a local milkman crosses a roadblock in the locality. Photo by the author's father.