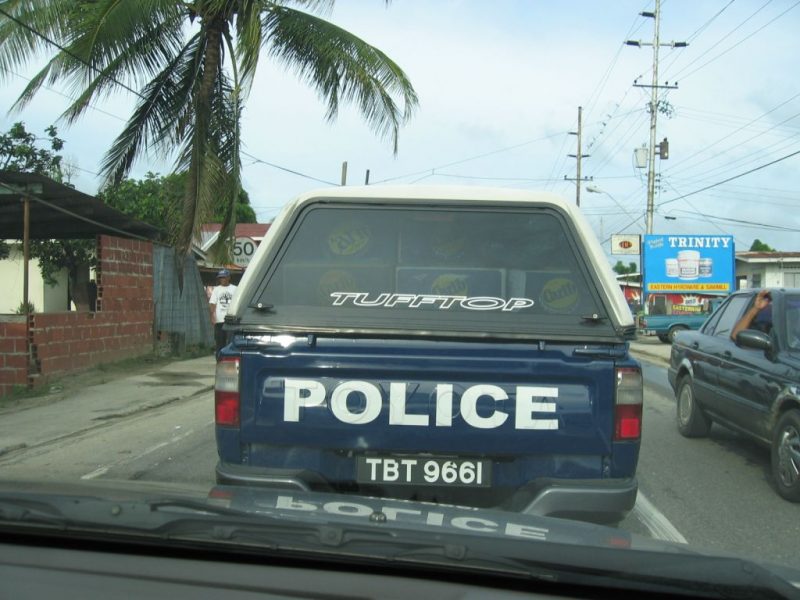 Trinidad and Tobago is divided over the police killing [2] of 15-year-old boy Josiah Ramsahai on November 17, 2016. Officers insist the young man was armed and fired at them, before he was killed in an encounter. The boy's relatives, however, claim he was murdered.

The police subsequently produced a 9mm pistol that they said Ramsahai had been carrying and they referred to him as “a known pest”, because he had as many as 13 previous charges against him, including theft, gun and drug possession, and rape.

His relatives insist those charges were all trumped-up “frame cases”. Ramsahai was released on bail from a juvenile facility less than a month before he was killed.

The teen's family also said that they filed a complaint against two police officers whom they say had been threatening Ramsahai since he was released, but the Police Complaints Authority [3] (PCA) has noted that there is nothing on their record.

Meanwhile, there have been conflicting reports about the incident. Some eyewitnesses said that Ramsahai never used his weapon, choosing instead to run away from the police; others say he did shoot at the officers, who returned fire and allegedly [2] shot him between six and 17 times.

The killing has again raised [4] the issue of public distrust [5] of the police, who are often perceived as taking the law into their own hands. The country's Chief of Police, Stephen Williams, said recently [6] that as many as 150 rogue police officers have been suspended on suspicion of a number of criminal activities, including murder. Wired868 quipped [7]:

You know your country’s crime problem is even more serious than you thought with the discovery that budding criminals are joining the police service to turn pro […] Mr Live Wire thinks a good way to curb crime might be to walk in to a random station and hold everybody on the Anti-Gang Legislation.

On Facebook, the discussion was heated. Rhoda Bharath made a reference to the Black Lives Matter [8] campaign in the United States, saying [9]:

In Trinidad, Black Lives does only Matter in the US.
Due process only exists there as well.
Here we have pests who look for what they get.
#DeViceCyahDone [10]

The comments on that thread ranged from one Facebook user saying [11] that society has become desensitised to violence, to another being incredulous [12] that people were prepared to “sit and get all Oprah on a young thug.”

The thread continued, with one commenter making the point [13] that “there is a difference between being innocent and being a criminal […] Innocent people who get killed is murder…criminals who get killed is justice.” Jere Blacks immediately responded [14]:

The problem is ‘who’ decides who is criminal and who is not.

Another commenter, Danielle Ifayemisi Frederick, suggested that money and connections also come into play in cases like this, adding [15]:

The police and media do the same thing….they blame the victim….this one had outstanding charges […] not convictions, charges….to us apparently the two are interchangeable and that justifies extra judicial killings….I am not saying either was right or wrong but excuse me if I DON'T take the word of the esteemed members of the TTPS as gospel!!

The unprofessionalism of labelling of the young man as anything other than a suspect is also what has struck a sour note with many social media users. Vernal Damion Cadogan explained [16]:

It's not the shooting that is the issue, the issues are the unprofessional and insensitive way the police diminish a human life to that of a ‘known pest’ and the citizenry's disgusting habit of applauding these killing before a probe has even been launched to verify whether the shooting was justified or any details about the shooting were made public to suggest such.

At this rate the TTPS simply has to shoot an Afro-Trini youth and brand him a ‘known pest’ and the public will be content with that because they are under seige [sic] by criminals.

I don't think there is any redemption for Trinidad with the caliber of citizenry that currently comprise it.

The truly frustrating part about these discussions is that people will look at comments such as mine and construe them to be in support of the deceased and in opposition to the TTPS [Trinidad and Tobago Police Service].

One commenter, who identified himself as a police officer, responded [18]:

Neighborhood Pest is a term that has always been used, I find it strange that all of a sudden ppl has an issue with this because it's a 16yrs [sic] old kid. Do you know this kid personally? I do, myself and countless other officers within the district talked to him about the rd he was heading down, unfortunately the family never helped.

The Police Complaints Authority has since launched an investigation [19] into the killing.