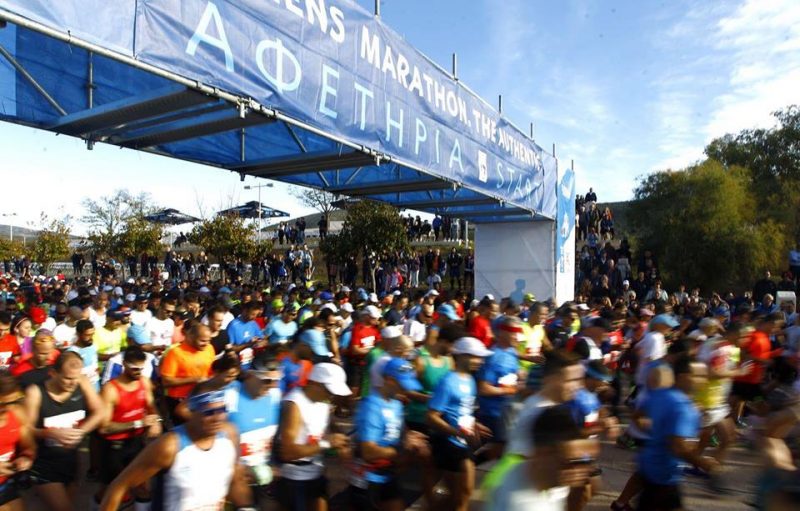 The Athens Classic honors the ancient course of an Athenian hoplite after the Battle of Marathon in 490 BCE, bringing the message of victory against Persia to Athens.

Every year, the number of participants grows, attracting runners — both professional and amateur — of all ages and backgrounds. The year, a record 50,000 people took part in the marathon, according to Hellenic Athletics Federation.

50,000 people enjoy their participation [in the Marathon], every way each one desires and is able to do so.

Many volunteers also joined the event, making use of a new online registration system.

The winner of this competition was 28-year-old Kenyan Luka Rotich Lobuwan, who ran 42 kilometers from Marathon City to Athens in 2 hours, 12 minutes, and 49 seconds. The runners-up were another two men from Kenya, Kipruto Benson and Kimtai Andrew Ben.

Marathon 2016: The winner is Luka Rotich Lobuwan from Kenya.

The first Greek winner was Christoforos Merousis, who finished tenth, clocking in at 2:24:56.

This is the first Greek to finish the 2016 Athens Marathon.

In the women's division, Kenyan runner Nancy Arusei won first place with a time of 2:38:13, while the first Greek woman to finish was Rania Rebouli at 2:49:24.

As in years past, there was high participation in the small 5-kilometer and 10-kilometer races, which were held early in the morning in the central streets of Athens, while the finish line was at the “all-marble” Panathenaic Stadium. Simultaneously, special races were taking place for young competitors and Special Olympics athletes.

The “other Marathon” was taking place in Greek social media, as many people rushed to comment about the event and the participants, using the hashtag #AthensMarathon.

There were some negative comments about the fact that such events are getting very popular and trendy lately, with a supposed rise in participants who are underqualified to perform such physical feats.

Tomorrow, we are all running for Athens, for the selfiez, for extra attention and coverage, for publicity, for the [Facebook] “likes”…

-Why did you put on your uniform and sports shoes?
-I am going to the Marathon.
-How much distance do you expect to handle?
-Just 20-something photos.

As is traditional, the race's official sponsor this year was WIND Hellas Mobile Communications, which invited members of the public to submit applications to join its sports team.

A huge BRAVO to all the runners!

Apart from ordinary civilians, many Greek lawmakers also joined the race, perhaps hoping to score political points by posing in publicity photos. For local Internet users the effort was all too transparent:

Obviously, registration numbers after 20,000 were given based on strictly IQ criteria. [photo shows 3 popular Greek MPs from different political parties]

Running the authentic Marathon route is a milestone for many people all over the world.

6 years ago today I crossed something off my #bucketlist. Pretty proud about that. #AthensMarathon #FootstepsOfHistory #Original #History

Can't wait to be in Athens for #AthensMarathon 🇬🇷. In three weeks or so, we'll enter this… https://t.co/1agmBcEFF0

See you again next year in Athens!