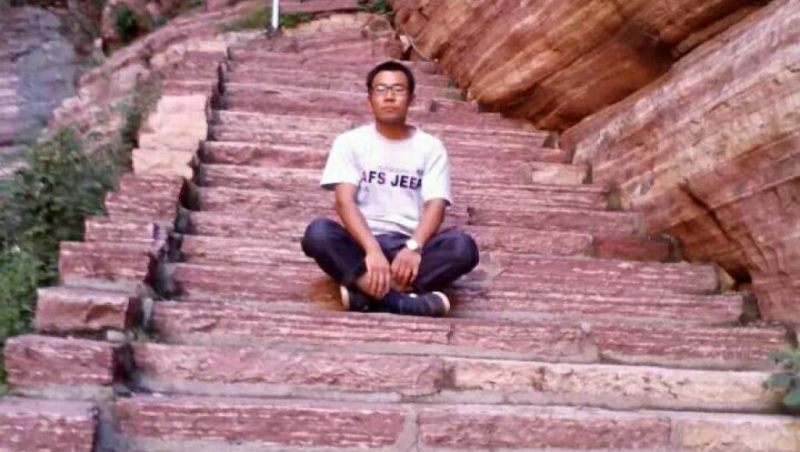 In China, Jia Jinglong was executed on November 15, 2016 for murdering a village chief, He Jianhua, with a modified nail gun in February 2015.

The killing was revenge for the forced demolition of Jia's newly renovated house that he had prepared for his wedding back in 2013. The demolition had ruined his wedding, and his fiancee subsequently left him.

The 30-year-old man was found guilty and sentenced to death by Shijiazhuang Intermediate People’s Court in November, and the execution sentence was approved by Hebei Provincial High People’s Court in May 2016.

Though the case is that of a well-planned murder, Jia had gained public sympathy as he was viewed as a victim of land seizure in the name of development. Moreover, he had confessed to his crime to the police soon after he was arrested. It is not unusual for the court to suspend the death sentence of a cooperative convict. Even state-affiliated China Daily recognized Jia’s desperate condition in its commentary when reporting on Jia's family's appeal to the Supreme People’s Court for his sentence to be suspended:

As in many similar cases, Jia used to be an ordinary citizen concerned primarily about living a normal life […] Like others who ended up desperate, vengeful and hurting themselves and others to have their injustices noticed, Jia would probably not have acted as he did if his loss had been properly taken care of.

But the family's appeal was rejected. One day before Jia's execution, on November 14, a dozen legal experts and lawyers made an open appeal to the Supreme People’s Court as a last-ditch effort to save the man's life. The open letter argues that the court should see Jia as a victim.

The final appeal, however, was also in vain. Jia's life was taken away the next morning. His last words to the world were in the form of a poem titled “Farewell”: 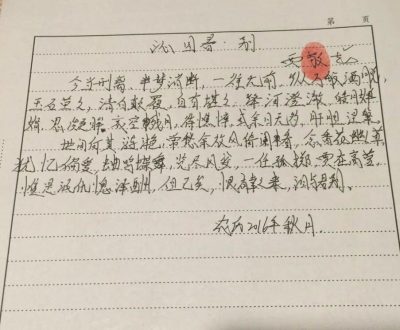 Separated by the death penalty today. The dream has to end halfway. Everything ends without a future.
Though carefree and clean. The subversion is crystal clear. The story behind is loaded.
Bright moon in clear river. Missing your gaze.
Empty and lonesome moon. Pale and haggard longing. No more remaining days. Passion and rage rest in Nirvana.
Life is colorful ripples. Leaning on a fence watching wind pass by with sorrow. Missing the fragrance of flowers and grasses. Cricket songs and butterfly dances are favorite memories. Have all the glamour in view.
Capriciously cast away everything. Jia in Gaoyin [Jia's hometown]. But vengeance is not rewarded. All has passed. Wish my love comes. Let my tears say farewell to you.

Many netizens questioned why the court refused to suspend the death penalty. Stories about ordinary people standing up to rural landlords and thugs are highly praised in Chinese communist education, and Jia’s story fits that narrative. As one netizen pointed out:

Jia Jinglong is no different than Chen Shen Wu Kuang’s [peasant revolt during Qin Empire]. For any traditional Chinese man, he has to stand up to protect his home. He is no criminal and should not be sentenced to death. He was just taking up his role as a man to safeguard his family. But the excavators have been ruining Chinese people’s homes…

Many have also pointed to the suspended death sentence of Gu Kailai, who murdered British businessman Neil Heywood. Most of the discussion on social media platform Weibo was deleted, but similar posts can be found on Twitter, such as:

Gu Kailai murdered the British businessman Neil Heywood and she got a suspended death sentence. Jia Jinglong defended his rights and killed the villain and he was sentenced to death. The former is a member of Zhao’s family [the elite], the latter is a non-Zhao who has killed Zhao’s dog. Zhao’s law, of course, defends Zhao’s family interests. There is no justice in Zhao’s family law, isn’t that clear enough?

Others have argued ordinary people have been disenfranchised by a violent model of development that includes land seizure and force demolition. Chinese writer Xin Ke’s comment on the court’s decision not to suspend Jia's sentence has been widely quoted and circulated:

Why did Jia Jinglong die? The reason is very simple. Let me tell you. It has very little relation to the law and has little political implication. There is only one reason: whether in the future forced demolition is allowed or not. If it is not allowed, there is no need to kill him. They don’t have to take the blame [for the killing]. If [forced demolition] is to continue, he has to die, or no one dares to take up the task. If you have the answer about the forced demolition [policy], you have the answer concerning Jia’s life.

Another mainland Chinese writer, Shishusi, addressed the issue is a more positive tone on Weibo:

Jia Jinglong, who used nail gun to kill the village head, has been executed. The fact that this incident has attracted so much public attention is related to the widespread discontent over forced demolition and grassroots party organizations. In fact, this is a more significant issue to be addressed.[…] It is easy to shoot Jia Jinglong to death. But it is difficult to address public sentiments [on forced demolition]. Add oil, China’s reform, rule of law and equality. It is never too late to address the voice of the silent majority.

Despite being positive, Shishusi’s comment was removed from Weibo. Soon after the legal experts’ public appeal was released on November 14, Chinese state propaganda labelled all public opinion surrounding Jia Jinglong’s case as a challenge to the authority of the judiciary and web censors have started deleting all the related online discussion.