1990s Japan Is Alive Online Thanks to One Man 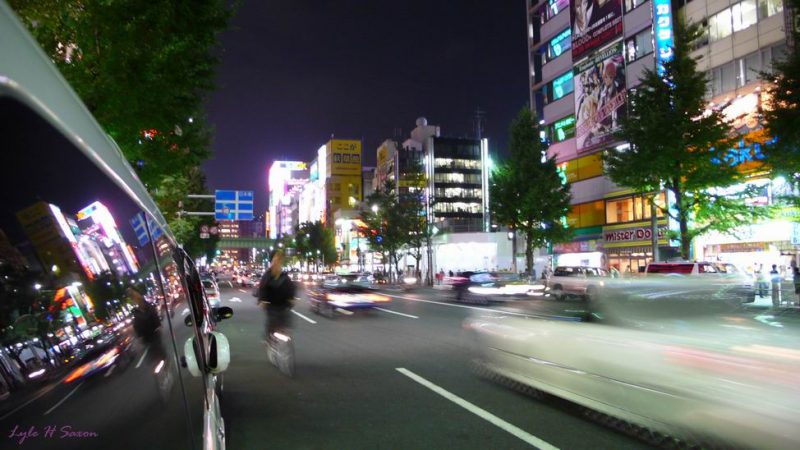 As reported recently by MetaFilter user timshel, Lyle Hiroshi Saxon has been documenting his life in Tokyo for more than 25 years. His sprawling website offers plenty of diversions, and it spans the history of the Internet itself. Saxon's many online projects include simple HTML-encoded pages from the dawn of the World Wide Web, to blogs, YouTube, and finally social media, including Twitter. His photos and videos document life at the end of Japan's affluent “Bubble Economy” 25 years ago.

Saxon's online presence is massive, and his frequently updated blog, Twitter account, and YouTube channel are the best ways to begin exploring his body of work, which basically catalogues Japan since the 1990s.

Of particular note are the LL-Letters, an archive of blog posts and letters home about Saxon's life in Tokyo over the years. YouTube provides the easiest way to can a glimpse of life in Tokyo in the 1990s. Saxon has uploaded dozens of videos to YouTube, and has arranged many of them in playlists according to year:

Here's a video of busy Shinjuku Station taken in Tokyo in the same year:

In an FAQ about his massive collection of images and videos, Saxon says the underlying philosophy behind his project is that “what is mundane in one local is exotic in another, and underlying the daily events in all of our lives, there is profound truth lurking in the seemingly mundane details of living.”

I started the LL-Project when it occurred to me that, while people used to have no other way of communicating with other groups than to appoint a representative who would travel to distant lands to represent them, now that the Internet enables people to directly communicate with each other, they should do so! The further up you go in politics and (too often) in business, the fouler it gets, so for quality communication and – dare I say it – the future of the human race, we have got to start/maintain effective lateral networking.

The home page of Saxon's main website also features links to various subsections. A photo gallery includes dozens of links, while a photo index is a good place to search for photos about specific topics.