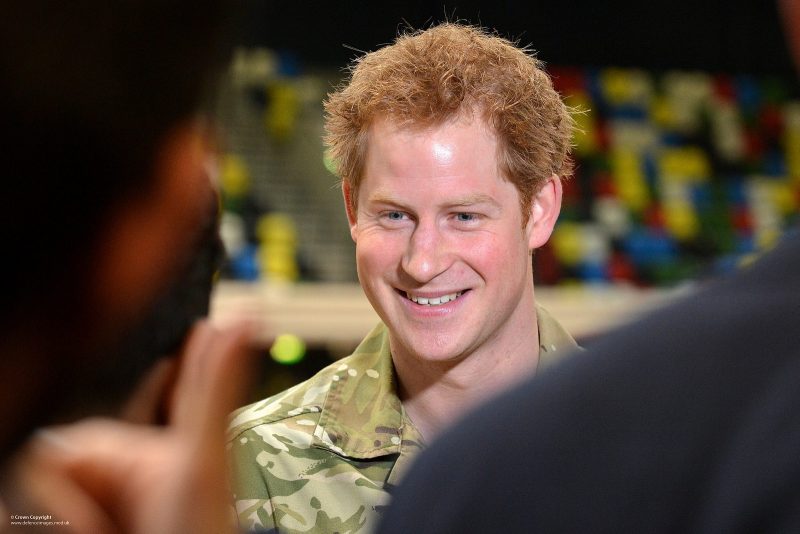 Despite the fact that most Caribbean territories have been independent from Great Britain for decades — some of them for more than half a century — the mother country continues to wield a curious influence over its former colonies.

Most regional territories, still members of the Commonwealth, follow the United Kingdom's political and judicial systems, for instance. Cricket is a hugely popular sport. People drive on the left side of the road, attach value to speaking “the Queen's English” and in many cases are captivated by all things royal, so there is some measure of excitement surrounding Prince Harry's impending visit to the Caribbean — except when it comes to a popular hashtag.

On Twitter, #NotMyPrince describes itself as an “anti-colonial welcoming committee for Prince Harry […] resisting against the colonization of the Caribbean mind”. The aim, according to the project's Tumblr, lies in “breaking the bonds of empire”.

The prince's tour is scheduled to start in Antigua on November 20, 2016. Over the course of two weeks, he will also visit St. Kitts and Nevis, St. Lucia, St. Vincent and the Grenadines, Grenada, Guyana and Barbados, where he is due to meet Barbados-born superstar Rihanna.

One of #NotMyPrince's content creators, Nalini Mohabir, finds the whole thing ironic. She posted several tweets with the hashtag in order to bring other social media users into the discussion surrounding colonialism and Caribbean identity:

In 2009, a video emerged of Prince Harry joking around with his Sandhurst collegaues, one of whom he referred to as “our little Paki friend”. There was outrage at his use of the derogatory term, even though the prince may not have intended it as an insult.

In 2015, Barbados’ prime minister, Freundel Stuart, announced that by November 2016, he wanted to make “little England” — the country has long been viewed as the most colonial in the archipelago — a republic, replacing the Queen with a ceremonial president as head of state. Mohabir may have been referring to this when she asked:

Why is it necessary for the 👑 to have any symbolic, ceremonial or constitutional role in the 21st century Caribbean?

While Prime Minister Stuart has been using decolonisation rhetoric, it appears the country has come no closer to installing a president over the queen, prompting #NotMyPrince to tweet about the subject.

Prince Harry and the palace call out racism despite having profiteered off of the loot of colonized people of colour for centuries.

The UK has refused to entertain any dialogue about paying reparations to the region for its part in the transatlantic slave trade.

By quoting several accomplished West Indians — from former presidents to writers — #NotMyPrince was keen on making the point that this is not a new storyline; that Caribbean people have been singing the same song for decades:

“They don't seem to know that this empire business was all wrong…” – A Small Place – Jamaica Kincaid #NotMyPrince pic.twitter.com/o1Xcx3uUkT

Prince Harry has recently made headlines for dating mixed race actress Meghan Markle. In an unprecedented move, Kensington Palace released an official statement which warned the paparazzi that “a line has been crossed” and criticised the media's treatment of the prince's new girlfriend.

#NotMyPrince cleverly used the actress’ own words to make its case:

Meghan Markle, Prince H's gf: “You create the identity you want for yourself, just as my ancestors did when they were given their freedom”

It seems that the identity many Caribbean citizens want for themselves no longer includes the British Crown.