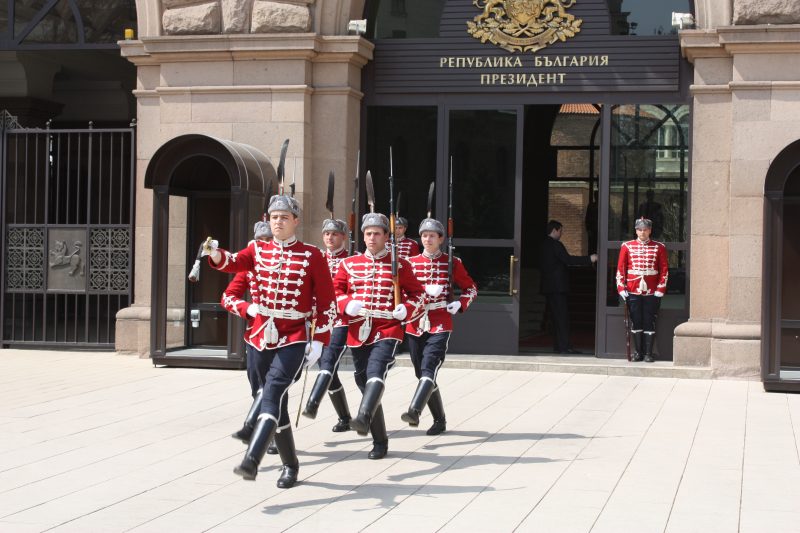 Following Bulgaria's presidential election earlier this month and Prime Minister Boyko Borisov's subsequent decision to submit his resignation to parliament, the country finds itself in a tense political situation.

Borisov's letter of resignation came on November 13, after Tsetska Tsacheva [2], a member of his political party Citizens for European Development of Bulgaria (GERB), lost a runoff vote in the presidential election to Rumen Radev [3], an independent candidate backed by the Bulgarian Socialist Party.

Western media outlets like Reuters [4] and some reporters in Bulgaria have described Radev as a politician with “pro-Russian” views.

After beating out 20 other candidates, Radev will take office on January 22 of next year. That leaves the current President Rosen Plevneliev roughly 2.5 months to form a new government. In a letter [5]to the members of Bulgaria's government, Prime Minister Borisov said he is prepared to remain at his post until a replacement is named. Borisov explained his wish to step down as a necessary response to the recent elections, where voters clearly indicated their dissatisfaction with the government's current course.

Alongside this month's presidential election, Bulgaria also held a referendum [6] on possible changes to the country's electoral system and rules on funding political parties. Due to low turnout, the result failed to meet the quorum, but the proposals received support by slim majority and will still have to be debated in the National Assembly.

In an analysis [7] published in the newspaper “Dnevnik,” editors sketched out several different scenarios that could play out in Bulgaria, following the change in leadership. According to the newspaper, another national political crisis isn't out of the question.

Parliament accepted [8] Borisov's resignation on November 16. Now, the president will offer the prime minister position to a member of GERB, which is the country's largest political party. The party has the right to reject the offer. One reason they might do so is to build up support for their party — the ensuing political chaos could cast the relative stability of their rule in a more positive light. If that happens, the offer would fall to the parliament's second-largest party. If rejected again within a week, the president can then make the offer to any parliamentary party of his choice. If this, too, failed, he would need to form a “caretaker government,” while calling for early elections in March 2017.

Though the parliament had the right to reject the prime minister's letter of resignation, Borisov had ruled out [9] this possibility.

“I see many mistakes, but we are a party which learns from its mistakes, we take our lessons,” Borisov said as an explanation of his decisiveness, as quoted during a press conference after the vote.

His conviction has provoked a variety of reactions in the media and online, ranging from dire panic to lighthearted jokes.

“We face a crisis that could have been avoided,” Nayden Zelenogorski, the co-chairman of a right-center coalition, said on national television [10]. The representative of a political party with a presence in the parliament, Zelenogorski warned that the government won't function for at least another six months, thanks to the recent turn of events.

Politician and economic analyst Vladimir Karolev [11] disagreed with this forecast, listing [12] on Facebook a series of “completely untrue political statements by advisers to politicians and authors of analyses in the media.”

Many Bulgarian internet users opined that this turn of events is not random. In a Facebook post [13], Ianna Georgieva suggested:

Why does everybody think that Borisov is like an angry kid after the vote? I don't think that he is so dull and offended, as he attempts to present himself. I think that if he wanted his candidate to win the presidential election, he would have made a different choice for a president and vice president. I think it's a well-calculated loss.

Jeni Koleva tweeted [14] her observations of the general mood among people:

The post-election mood, while waiting in line to board a plane: everyone is okay that Radev has become president, but they're asking why Boyko has resigned…

“RobotPanda,” another Twitter user, commented on the fact that a member of GERB has resigned from the prime minister's position for the second time in just four years:

GERB had resigned for the second time in four years. Anyone who votes for them in elections must be dim.

Another Bulgarian citizen, Vladimir Lukov, asked ironically on Facebook [16] what comes next, and what Bulgarian immigrants and retired people should expect in the future:

Well, a new president, so…
Well, there will be polls again, a new government, so, well…
Will the 3 million self-exiled people go back to Bulgaria…?
Will the 2 million elderly start living in quiet peace around their grandchildren…?
Or maybe the 3 million hired hands will start receiving “European”-level salaries?

Let me tell you that yesterday the government resigned and I got a toothache.
I have scheduled an appointment with my dentist at 6 p.m.
THERE IS NO STABILITY ANYMORE!!!