The Year is 2021, and the Trump Republic is in the Throes of a Succession Crisis…. 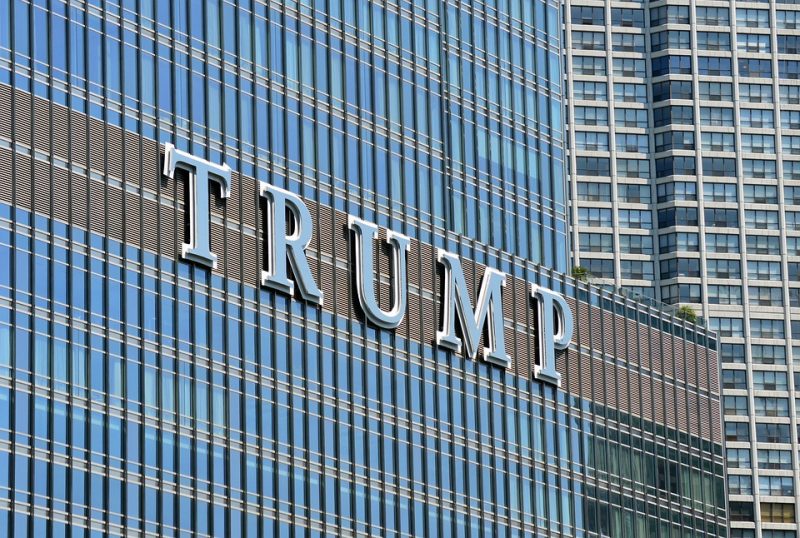 The following is a piece of satire by a Global Voices contributor who has chosen to remain anonymous.

The infamous Trump Tower seemed to cast an even longer shadow than usual over Trump City, the capital of the closed-off Trump Republic on Tuesday, after rumours about the health of ageing autocrat Donald Trump began swirling following his failure to surface on Twitter for more than 36 hours.

Key members of the reigning Trump regime were believed to be hunkered down somewhere in the 423-square-metre edifice that replaced the White House—famously described by Trump as “really average”—as the seat of the US presidency three years ago, with experts suggesting the clan is thrashing out a succession plan in the event that Trump never tweets again.

With local media fully under the Trump family's control and swamped with infomercials for Trump-branded products, Donald Trump's Twitter handle remains a key source of insight into the workings of one of the world's most bizarre dictatorships for the coterie of foreign journalists and academics that manage to feed off the republic's misery without ever having to spend an extended period of time there.

“The place is a bit of a black hole, to be honest,” said Marie Rosales, a lecturer in Psychology at the University of Guadalajara, who is also the author of F***ing surreal: Cognitive Dissonance and the Trump Factor in Trump's Unlikely 2016 Election Win and Trumpian Truths: Actually Just Lies.

Calm after the Twitterstorm

The one-and-a-half day silence came on the heels of a fairly run-of-the mill barrage of Trump tweets late on Sunday, mostly targeting the 75-year-old ruler's perceived enemies in the wider diplomatic community.

On this occasion, popular Canadian Prime Minister Justin Trudeau, whose government accepted millions of US asylum seekers after Trump's first election win five years ago, took the brunt of the abuse.

A spokesperson for Trudeau's government said Monday that Canada hoped “our one-time ally can work through its many issues and move to normalise bilateral relations in the spirit of peace, diversity and love. This would be for the benefit of both our peoples and actually for the benefit of all people of every race, creed and colour everywhere.”

“Because after all, it is 2021,” the spokesperson chimed.

But critics fear that the Trump Republic is not even close to normalising. Just months after Trump's landslide electoral victory last year, the regime was moved to suppress a mutiny led by Vermont separatist Bernard Sanders and his bong-toting hipsters with tear gas and water cannons. A Russian monitoring mission brought in to oversee the vote had noted approvingly that ballot stuffing and other violations “were pretty flagrant even by our standards.”

Trump's two nearest competitors, daughter Ivanka Trump and son-in-law Jared Kushner, scored less than 10% of the vote, with both campaigning under the wordy slogan ‘Making the Trump Republic Even Greater But Not Quite as Great as Donald Trump Will Make it. (Again).’ 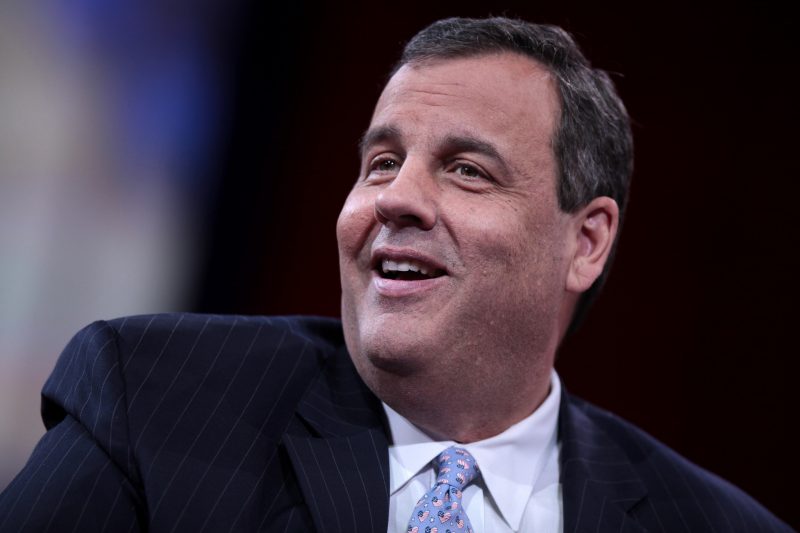 Chris Christie, head of security for Trump Tower, was also a candidate in the uncompetitive 2020 election, but is not viewed as a realistic successor. “He just orders their pizza,” Marie Rosales of the University of Guadalajara told Global Voices. Creative Commons.

Trump apologists in the ruling Trumpublican Party pointed out that reported violations would not have made a difference to the outcome since large parts of the electorate that disagreed with Trump's policies fled the country long before Trump was able to complete the construction of four financially ruinous walls across its southern border (“to stop ‘em coming in”), northern border (“to stop ‘em going out”) and eastern and western coasts (just to block the view of the sea).

One of the few people with intimate knowledge of the regime's workings said Trump's paranoia and burgeoning cult of personality had reached “devastating proportions.” 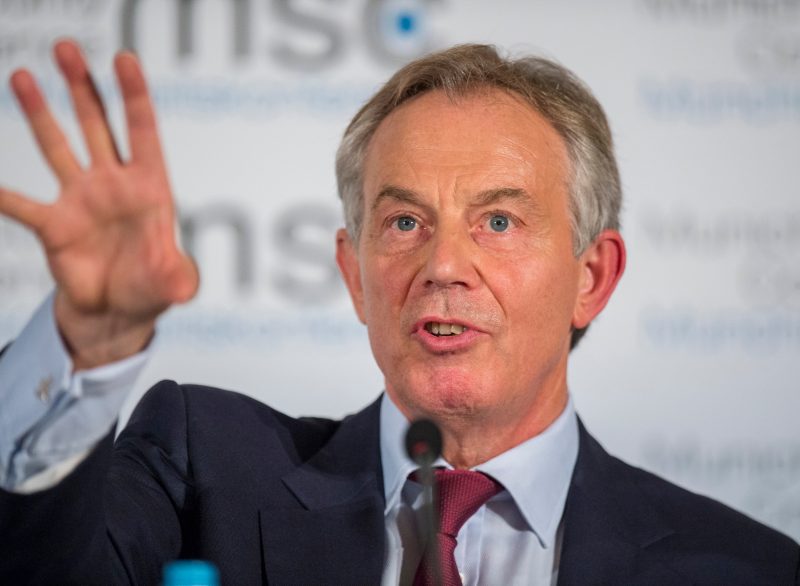 Tony Blair stopped consulting for the regime after they offered to begin paying him in Trump Tokens. Creative Commons.

“Donald has become incapable of functioning unless surrounded by either his family members or by images of his likeness at all times,” former British Prime Minister Tony Blair told Global Voices. Blair worked as an image consultant for Trump from 2016 to 2020.

“It reached the point that on one of his few trips abroad last year, to visit the Philippines and President Rodrigo Duterte, Duterte was asked to wear a Trump face mask just to reassure him that another Trump was looking back at him.”

Blair, who has also worked for septuagenarian Kazakh dictator Nursultan Nazarbayev, opined that it was unlikely Trump would stop tweeting for “non-health reasons”.

“My suspicion is that he has overdosed on himself,” said Blair. “It's a really tragic story with vast geopolitical implications, and one I will be happy to tell in full for the right fee.”

How real are the heirs to Trump's head?

With #Trumpnottweeting trending over parts of the world that still pay attention to the country the dictator has brought to its knees, speculation is growing as to who may take over the handle in the short term.

Kushner and wife Ivanka, who are rumoured to own swathes of the faltering economy, including most television channels in a country where that medium is known to strongly influence public opinion, are widely viewed as contenders, with presidential son Donald Trump Junior and Trump's brother Robert Trump perceived as having been elbowed out of the inner circle. 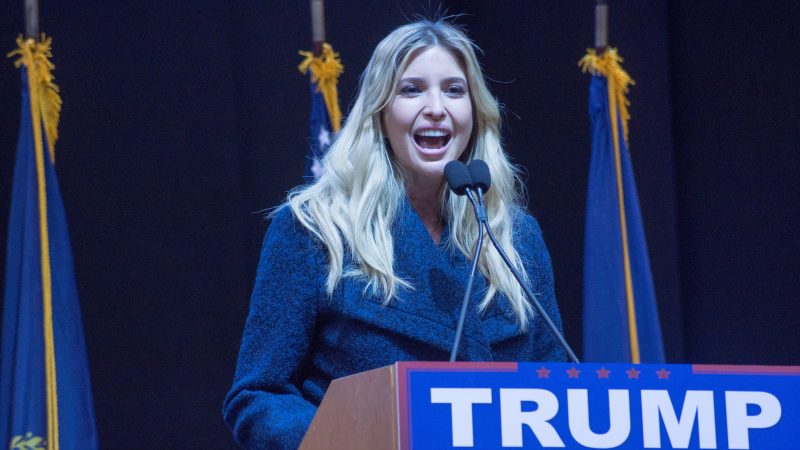 Trump Republic-watchers have said daughter Ivanka's surname would be an important asset in any potential succession struggle. Creative commons.

But Rosales of the University of Guadalajara speculated that Third Wife Melania Trump is likely to favour a “regency” scenario in which she tweets on an interim basis while her 14-year-old son Barron Trump is prepped by close advisors, including ruling family physician Ben Carson, to take over on a full-time basis.

Asked whether such a scenario might help precipitate vital democratic and economic reforms in the Trump Republic, however, Rosales was pessimistic.

“Did you not see Joffrey's time as Lord of the Seven Kingdoms on HBO classic Game of Thrones?” she said. “All the indicators suggest this country will get worse before it can get better!”