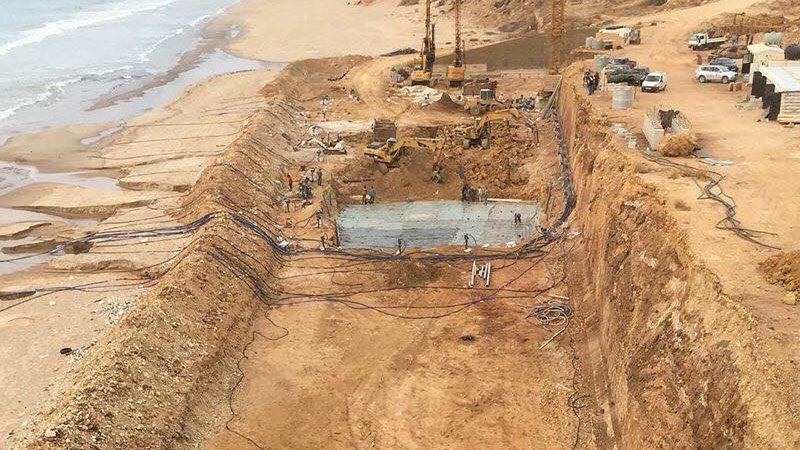 The people of Beirut were shocked this Saturday, Nov. 12, when images of the city's last public beach, Ramlet El Bayda, began circulating on social media, showing the site being destroyed by heavy construction equipment.

The first footage was filmed by Lebanese activist Joumana Talhouk, who uploaded the video to Facebook.

The controversy over the ownership of Ramlet El Bayda first made news headlines back in 2012, and has since been at the center of a tug-of-war between activists, on the one hand, and real estate developers and officials, on the other.

In June 2016, government officials denied any speculation about the closure of the beach for real-estate-development purposes, after some of the installations were destroyed by excavators.

Ziad Chebib, the governor of Beirut, had said:

The Ramlet El Bayda public beach will not be closed and any form of restricting citizens from accessing the shores, be it for constructional purposes or by erecting fences to close off the area is strictly prohibited.

In this case, activists have the law on their side. Indeed, “Article 2 of Order 144,” the law regulating coastal properties in Lebanon since 1925, stipulates that the seashore until the farthest area reached by the waves during winter as well as sand and rocky shores are considered public property.

But despite this law, decree changes and loopholes have allowed more and more development to happen on the Lebanese coast.

This is not the first case of coastal development in Lebanon happening at the expense of public property. Just recently, activists held protests against the government’s plans to transform Kfarabida’s rocky beach in the Batroun district in Northern Lebanon to yet another Yacht Club.

The legality of this project has also been the subject of much controversy, as many rules are being bent by using ministerial decrees to get the project approved. Six months earlier, the issue of the Adloun beach in South Lebanon was raised by local media outlets. It was reported that the natural coast was being destroyed in order to be replaced by a port worth 26.6 million USD and erasing, in the process, a Phoenician port site of high cultural and archeological value. The excavations began with no proper environmental impact assessment prompting a conflict between the Ministry of Public Works and the Ministries of Environment and Culture.

It is in this context that we should see the case of Ramlet El Bayda.

The real estate company assigned to develop its project is called Achour Development. Founded in 1991, Achour Development will be developing its “Eden Rock Resort” on the Ramlet El Bayda beach. The company have developed projects all over Beirut ranging from residential to industrial complexes. The Eden Rock Resort’s status is currently “Under Construction” and is composed of 110 chalets and 53 cabins all of which are located by the beach, as described by the company’s website. 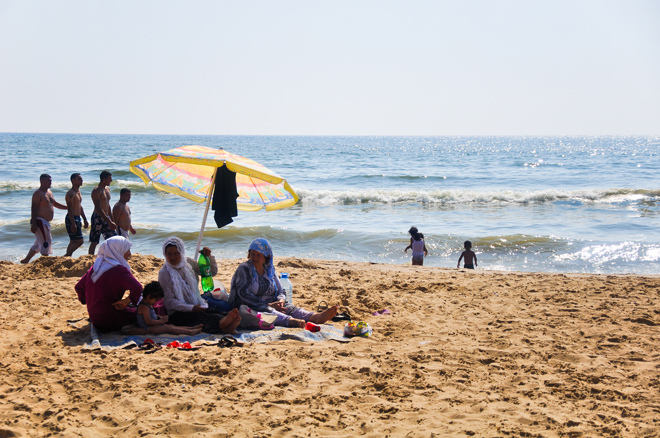 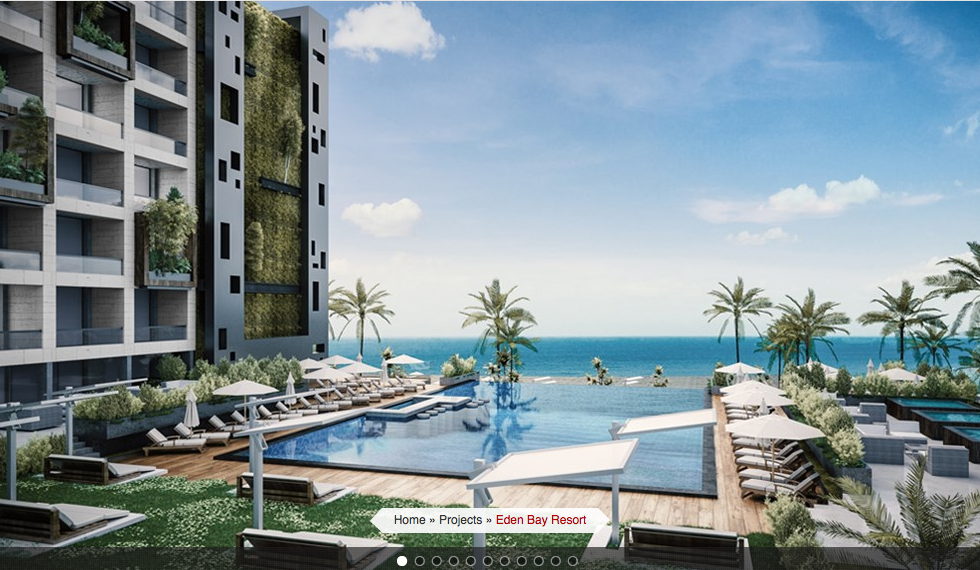 Needless to say, many are unhappy with these latest developments.

A protest was planned for Sunday, Nov. 13, 2016. On the event page, the description reads:

Because the coastline is a public good, we will run tomorrow to demand the end of the construction works on Ramlet El Baida. We will stand along the coast (Manara to Raoucheh) and walk towards the scene of the crime after the runners have passed [there is the yearly Beirut Marathon happening]. If we don't run to save Beirut's last beach, we will have no Beirut in which to run.

Meanwhile, many Lebanese have taken to social media to express their outrage.

Two Lebanese activists, Firas Bouzeineddine and Whard Sleiman, were at the site on Sunday morning, while the media's attention was focused on the Beirut Marathon.

Beirut is officially a coastal city without a public beach. Ramlet el Bayda is gone. Video by @joumanatalhouk https://t.co/H1SAiDHTPz

Lebanese researcher and ex-editor of Al-Akhbar English Lara Bitar emphasized that if nothing is done, Beirut would be the first Mediterranean city without a coastline and how this can affect the very poor:

With the assault on Ramlet el-Bayda, Beirut on its way to becoming the first Mediterranean city without a seafront https://t.co/aaodNDWuan

This is what is happening in #Lebanon destroying our coast! public beach! #beirut where is the state? @LBpresidency @saadhariri https://t.co/HmnR6YnPmZ

I can't describe how furious this makes me. The last public beach in Beirut is becoming privatized. Here we see our constitutional right to freely access the coast be tossed aside. Instead, we get a nice posh beach resort where only a fraction of the population can afford to go. As with everything in the country, things of value are routinely tossed out the window while shallow gaudy structures erase anything that the city was or could have been.

And the best part? People had the chance to elect a municipal government that would have prevented this (and more) from happening. Instead, we voted in the same old garbage that just represents the interests of the country's political elite.

We are witnessing today the continuous destruction of the beach and the beginning of an investment project on ramlet el bayda, the public beach in Beirut, and that despite all oppositions and reconsiderations. The project transgresses on all laws and principles that are concerned with the preservation of our public properties and interests in the city. The Beirut governor has all the power to stop the Eden Rock project that doesn't abide by the environmental impact conditions and that transgresses on our maritime properties. We should not stay silent in front of this crime!

Some have started using the Arabic hashtag #بيروت_بلا_شط meaning “Beirut without a coast”:

Poor Beirut, after they stole her beauty and her fresh breeze, here they are destroying its public beach! When will my city cease to be the victim and revolt against its violators?

I hope the developers who just bulldozed Ramlet el Bayda, Beirut's last public beach, swallow the water and get a nice bout of dysentery.