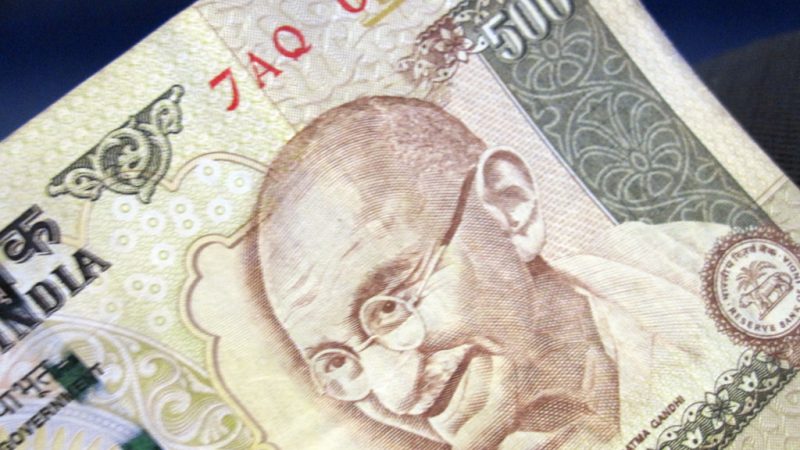 In the evening of November 8, Indian Prime Minister Narendra Modi made a surprise announcement in a televised speech that 500 (US $7.50) and 1,000 (US $15.00) Indian rupee banknotes would be withdrawn from circulation at midnight. He said that this measure was taken to stop the circulation of black money and to wipe out counterfeit currency from the system.

Wow that's the mother of all headlines, RS 500/1000 notes out of circulation from now on. Anyone with black money is badly busted.

That means the withdrawn high denomination notes cannot be used for transacting any business or stored for later use, but can be deposited into personal accounts or exchanged for value (up to 4,000 rupees) at any of bank branches or at any post office until December 30, 2016. Emergency services like hospitals and transport operators will continue to accept old 500 and 1,000 rupee notes for payment for 72 hours following the announcement.

No need to panic. Just deposit your Rs 500/1000 notes in your bank account. Problem is only for those with unaccounted cash and #BlackMoney.

People queued at ATMs during the night to withdraw bills in small currency notes to meet their day-to-day spending. The bad news is that many ATMs have been limited to 2,000 rupees a day for the next few days.

Queues at atms in #mumbai after the Indian government announces Rs. 500 and Rs. 1000 notes would no longer be valid from midnight pic.twitter.com/lTSuuSrHdi

People can still use balances in their bank accounts to pay for their expenses by cheque or through methods such as Internet banking, mobile wallets and credit or debit cards. However, those who do not have any bank account will face tremendous problems.

Spare a thought for all the maids, drivers, too. They also get paid their salary in Rs500 notes. Hope the Govt has massive outreach program.

Two new 500 and 2,000-rupee denomination notes with higher security features will be issued in a few days time by the country's central bank, the Reserve Bank of India (RBI).

The threat of fake currency notes

According to a study conducted by the Indian Statistical Institute, an average of 250 notes out of every 1 million notes in circulation in India are fake. The latest fake notes with the picture of Mahatma Gandhi are so perfect that it is hard to identify them from the real notes.

The same study revealed that fake currency notes with a face value of 700 million rupees are infused into the system every year and that law enforcement agencies can intercept only a third of them. There are also claims that militants operating against India are funded by fake versions of the 500 rupee note.

Why Modi’s move to ban Rs500 and Rs1,000 notes is such a big deal, explained in one chart https://t.co/5CZv68Hgda pic.twitter.com/zVzIN7w0Bs

The monetary value of 500 and 1,000 notes in circulation are way higher than any other denominations, more than 80% of the circulation. With these notes out of circulation overnight, the Modi government has created an opportunity to clean up the monetary system as the old fake currencies will be useless after that.

In the Indian context, black money means undeclared incomes or assets earned through legal or illegal means, for which income and other taxes have not been paid. Many businessmen under-invoice their exports and over-invoice their imports from tax haven countries to avoid tax. The bribe money taken by politicians, political parties and corrupt higher officials of government are invisible in the Indian monetary system. These people resort to large cash transactions in real estate or jewelry to use that undeclared money or siphon it abroad into tax havens through illegal channels.

The Indian government recently announced a four-month amnesty ending October 31 to tax evaders, which ended in almost US $10 billion in undeclared income and assets being regularised with a fine.

The withdrawal of the high denomination notes is very bad for cash-driven industries like luxury, jewelry and real estate, and it remains to be seen what the impact on the economy will be. However, some people lauded this move:

Really great move this to ban Rs.500 and Rs.1000 notes post midnight.
The timing and the secrecy, worth lauding.#NoToCorruption

Great move to counter #BlackMoney and choke #TerrorFinance : ban Rs.500 and Rs.1000 notes. We have been asking for this for 3 years now.

While some did not agree:

And some also made light of the move:

Narendra Modi Allowed Rs 500 and Rs 1000 Notes In Hospitals Because He Knew Many People Will Have Heart Attack After The News ;) #BlackMoney

Such a bad year for ‘notes’. First, the Samsung Galaxy Note 7 disaster, now Rs 500 and 1000 notes are banned! #Blackmoney

A significant chunk of India's economy is a cash economy. This move will hurt the poor the most. Already heard one businessman I know complain about how he'll pay his employees tomorrow. It's the people at the bottom of the ladder who will be affected by this the most in the short term.