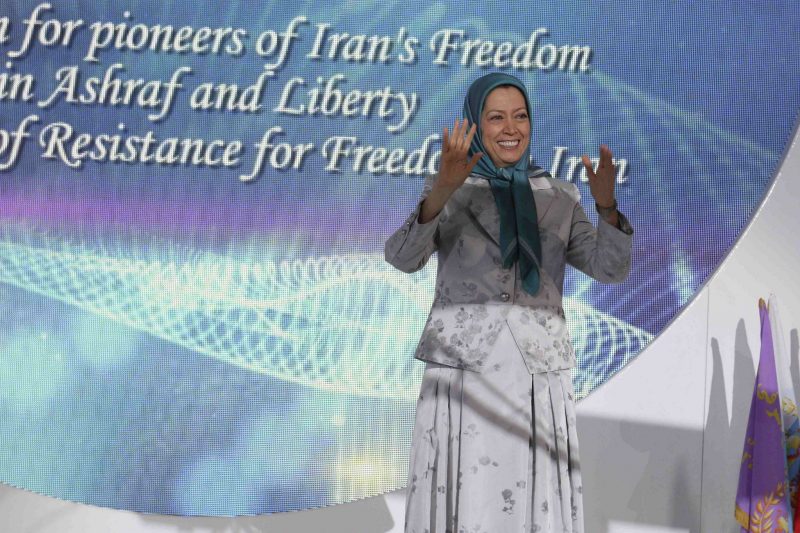 Among the foreign policy think tanks and pundits of New York and DC, few supported Trump or even countenanced the possibility of his election. Now that the dust has settled and the populist tycoon is soon to move into the White House, speculations abound as to what his foreign policy will be like.

What makes Trump hard to predict is that the 70-year-old billionaire has a history of zigzagging. He doesn’t seem to be a genuine ideological right-winger, but rather an opportunist who marketed a series of what could only loosely be described as “policies” because he knew they’d play well with his right-wing base. Prior to 1987, he was a registered Democrat, before flipping to the Republican party, then to Ross Perot’s right-wing Reform Party, then back to the Democrats, then—after Obama’s victory—back to Republicans once more.

During the campaign, too, he took vague and contradictory positions and flip-flopped on major issues. Banking on Hillary Clinton’s reputation as a hawk and the US population’s resentment at their country’s many foreign military adventures, Trump often appeared to take an isolationist stance, which sadly fooled even some left-wingers who claimed he was “less of a threat” to the world than his competitor. But on major issues, he often wanted more not less military intervention.

Trump advocated a higher military budget and an escalation of the fight against ISIS. While initially demanding 20 to 30,000 US boots on the ground, he later retracted this position and said Saudi Arabia should supply these forces. At times he said the UN-backed war in Afghanistan was a mistake and at other times he supported it. At the time of the UN-backed intervention in Libya, he supported bringing down of the country’s ruler, Moammer Gaddafi, but has since changed his position more than once.

It is safe to say that we can’t pretend to know the direction of Trump’s foreign policy. This seems to be evolving as the President-elect starts having to deal with a prospect of actually sitting behind the most powerful desk in the world.

What predictions can we then make regarding the possible Iran policies of the Trump administration?

Even though he promised to tear up the Iran Deal during the all three presidential debates, analysts have pointed out that he “probably” won’t do that, especially as the deal has the support of other world powers such as EU and Russia, whose Tehran-allied president Putin Trump has wooed for a while. On the other hand, the Israeli commentator Zvi Bar’el has pointed out that if Trump actually moves on to “fiddle with the nuclear deal,” this would favor Iran, as it could portray the US as a violating party and enlist the help of others. What remains unsaid is that any such belligerence on Trump's part would also bolster the anti-reform and anti-deal hardliners in the Iranian establishment, some of whom have spoken favorably of Trump. Iran’s Supreme Leader Ali Khamenei came close to endorsing the business mogul when he said that “they call him a populist because he speaks the truth”.

What might make the Trump policy clearer is the make-up of his cabinet, in particular his national security team. This is where advocates of peace and democracy in Iran and the Middle East should find cause for worry.

Two of the main contenders for the position of Secretary of State are the former House speaker Newt Gingrich and the former UN ambassador John Bolton. Not only have both of these men supported a military attack on Iran and “regime change” there, they are some of the closest American “friends” of a notorious Iranian political-militant organization known as Mojahedin-e-Khalq (MEK) which is almost universally hated inside Iran after having collaborated with Saddam Hussein in the Iran-Iraq War.

MEK was designated a terrorist organization by the US until it was de-listed in 2012. After the overthrow of its patron, Saddam Hussein, in 2003, the group became mostly irrelevant and no figure of repute in Iranian politics would go anywhere near it after the evidence of the major abuses it perpetrated was laid bare over the last few years.

John Bolton also has a long history of support for MEK and is a frequent guest at its rallies. In March 2015, as the talks surrounding the Iran Nuclear Deal were reaching a sensitive stage, he called for a military attack on Iran and “vigorous American support” for MEK “aimed at regime change in Tehran”. Last summer, Gingrich spoke at MEK’s rally in Paris alongside Turki bin Faisal, the former head of Saudi intelligence. Gingrich went as far as to solemnly bow down to MEK’s leader, Maryam Rajavi, calling her by her favored title, “President-elect”. When running for the Republican party presidential nomination in 2012, Gingrich openly called for “replacing the leadership of Iran”, saying that this could be accomplished within a year.

With Gingrich and Bolton likely to be appointed to two of the highest national security positions in the Trump administration, will Rajavi’s totalitarian cult gain influence?

Other possible members of a Trump administration are also leading anti-Iran hawks. Former New York Mayor Rudy Giuliani, tipped for the position of attorney general, has been paid handsome sums to appear at MEK rallies. New Jersey governor Chris Christie, head of the Trump transition team, has called Iran a “greater threat than ISIS”. Mike Flynn, possibly the next secretary of defense, is on the record as saying, “I’ve been at war with Islam, or a component of Islam, for the last decade” and complaining about Iran’s “lies, their flat out lies, and then their spewing of constant hatred, no matter whenever they talk”.

Last but not least, one of the primary funders of Trump’s campaign is casino-owner Sheldon G. Adelson, who endorsed him in May and gave $25 million to an anti-Clinton Super PAC last week. Adelson is known for having advocated a nuclear strike on Iran. This 25th richest man in the world is also a close ally of Israel’s right-wing Prime Minister Benjamin Netanyahu, and a close associate of Gingrich, whose 2012 campaign he supported. Adelson is so close to Netanyahu that he pumps 50 million dollars a year into a free news daily, Israel Hayom, that attacks Netanyahu’s domestic enemies on both the left and the right. The two are so close that when there a bill that would have hurt Israel Hayom was tabled in the Knesset, Israel's national legislature, Netanyahu opposed it at the cost of the collapse of his own coalition government. The next coalition government was formed only when his partners promised not to bring media-related bills that could hurt Adelson.

Trump’s Iran policy would depend on many factors, including his relationships with Moscow, Riyadh and Tel Aviv, his position on US military involvement in Iraq, Syria and Yemen, and the demands of the Republican-led Congress, the majority of which opposed the Iran Deal. But the links with MEK are a serious cause for worry, and the reason Iranians should be vigilant and make it clear that this cult doesn't speak for the people of Iran, nor they are genuine advocates of democracy in the country.