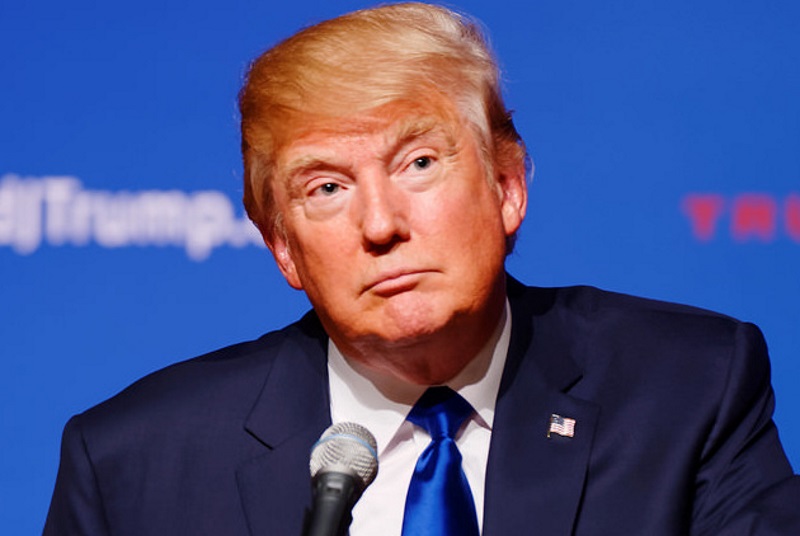 The Republican presidential candidate Donald Trump was elected the 45th president of the United States on November 8, beating his rival Hillary Clinton of the Democratic Party. His victory, which has been described as the biggest upset in America's history [2], has shocked many people around the world, including Africans.

On Twitter, people from African countries have reacted with shock and humour.

If the US were an African country, how would White Experts and intellectuals describe what is happening now? Let us use those adjectives.

@bwesigye [5] we ask all these young Americans to stop voluntouring Africa, clearly America needs you more!

‘Lets wake up and fix our country…There is nowhere to run to anymore!’

Gidimeister noted how historic his victory was:

Trump just beat two political dynasties in the Clintons and Bushes. That is impressive, whatever you think about the man.

Next time, report news. Sadly the mainstream media went amok during the #USelections [10] – they made news!

Can we all agree that the US of mainstream media is certainly at odds with reality? #USElection2016 [12]

The real terror many black people in America must be feeling right now is not a joke to me. I was black n terrified in America for a year…

Trump made several racist comments during his election campaign.

Eyo, however, thought Trump's victory and the UK's Brexit vote to leave the European Union present an opportunity for his country:

Trump is not the tragedy for Nigeria. The real tragedy is that USA and GB have this year 2016 given us Opportunity…and Nigeria is asleep.

Nigeria talk show host and TV producer Mo Abudu asked Africans to take Trump's victory as a reason to clean up their own countries:

Lets wake up and fix our country and our continent. There is nowhere to run to anymore! lets read the writing on the wall!

Trump has promised to deport all illegal immigrants and employ “extreme vetting” of immigrants coming to the US. Twitter users in Africa used that stance as a basis of many jokes.

Charles shared a photo of a cluster of planes taking off and quipped:

#NowThatTrumpIsPresident [17] Let me enjoy popcorns because my ex is about to be deported to come back to the village she belongs.

#NowThatTrumpIsPresident [17] my uncle is at the Airport on his way to Africa pic.twitter.com/oIXpUiO1N9 [22]

#NowThatTrumpIsPresident [17] I will live and die in Africa 😂😂

And Hassan Ha-g saw Trump's victory as proof that anything is possible, even if you lack experience:

#NowThatTrumpIsPresident [17] I have learnt a lesson, experience does not guarantee a job. Go apply for that job that requires 10yrs experience

‘America as a shining beacon of justice is a lie’

For many Africa-based observers, the election of Trump highlighted the hypocrisy of the US weighing in on African politics.

#NowThatTrumpIsPresident [17] Americans should not advise us who to elect 2017

Donald Trump is the 45th President of the USA and the story of America as a shining beacon of justice is a lie. If it weren’t a lie then he wouldn’t be president. If it weren’t a lie then Clinton should have won by a landslide but well over 58 million Americans elected this excuse of a man as President. Like many liberal non-Americans around the world, I never thought this day would come. But after Brexit, and now this, there’s the sinking realisation that the world is a shittier place that we thought. What we missed, I believe is the fact that the America we know from leftist television, press and perhaps short visits is vastly different from the America that voted in Donald Trump. The real America.

The bottom-line is that if America was really as progressive as we thought, Trump never should have gotten close. The fact that he ran for the elections after allegations of sexual assault and after running a campaign fuelled by lies shows that Americans are not as progressive as they’ve led the world to believe.

He however acknowledged that not all was lost [27]:

While this seems very grim, we must acknowledge a few strides that were made. California Attorney General Kamala Harris made history on Tuesday night when she won the Senate race and became the second Black woman to be elected to the US Senate. Former refugee Ilhan Omar has been named the first Somali-American legislator for the United States. Finally, for the first time, an openly LGBT governor Kate Brown, was elected in Oregon. These women winning seats is tremendous progress but against the hate brought to light by the Trump campaign, they look like a few rays of light penetrating a very dusty window.