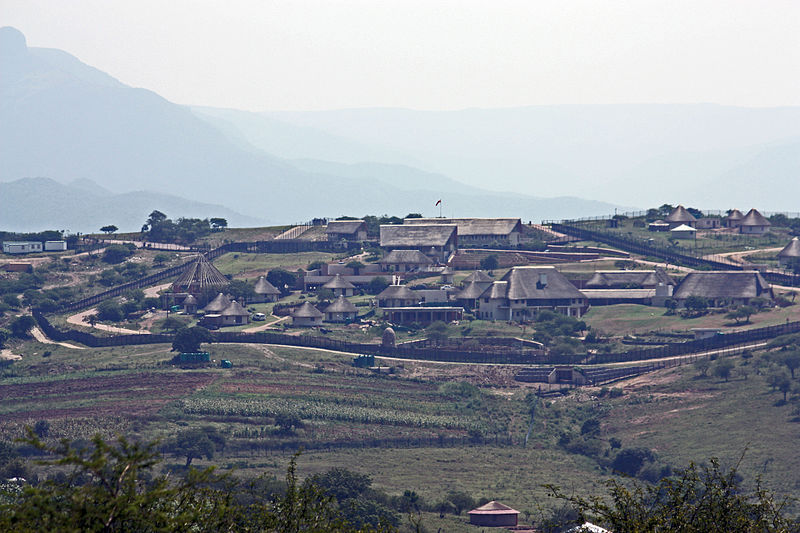 South Africans have reacted with anger, shock, and humour following the release of “State of Capture” report by former Public Protector Thuli Madonsela. The report shows that President Jacob Zuma allowed a wealthy Indian family living in South Africa, the Guptas, to use public resources for personal gains and influence key government decisions.

Zuma initially tried to stop the release of the report, before later withdrawing his lawsuit.

The Office of the Public Protector is an external state institution that investigates misconduct in any state affairs and all spheres of South Africa's government. The agency operates independently from the national government.

Allegations of corruption and mismanagement have tarnished Zuma's presidency, though he has managed to survive two no-confidence votes by lawmakers.

In 2016, the South African Constitutional Court, the highest court in the country, ordered the president to repay the money used for upgrades unrelated to security, as determined by the Treasury department.

If Zuma is still president after this ordeal, we're a spineless joke of a constitutional democracy #StateCaptureReport

Trevor Ncube, a Zimbabwean entrepreneur and newspaper publisher based in South Africa, tweeted:

Visiting Robert Mugabe after the #StateCaptureReport was never a good idea for Zuma.

Immediately after the report was released, Zuma traveled to Zimbabwe to co-chair the inaugural session of the South Africa-Zimbabwe Bi-National Commission. The sudden escape didn't go unnoticed online.

On Twitter, Ranier Pretorius posted the following image with a light touch:

Most senior officials in the ruling African National Congress (ANC) were in exile during the struggle to end racial discrimination in the country. Unathi Kwaza wondered: 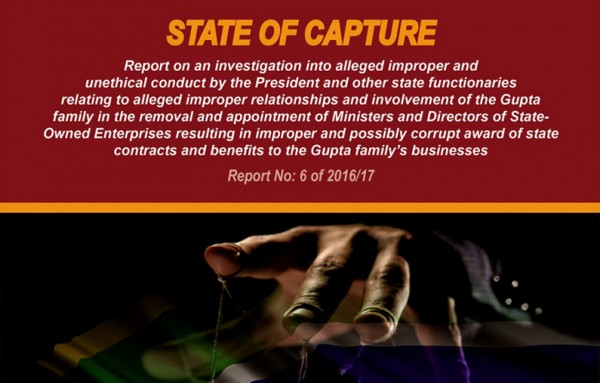 For many, apologies aren't enough. Ulrich Vuuren, for instance, says he wants Madonsela's report to lead to criminal prosecution:

Those found guilty must not apologise to South Africa, nor merely resign, they must be prosecuted!#StateCaptureReport

Reacting to Zuma's statement that he is not afraid of going to jail, Paul Claassen wrote:

I guess it's good that president Zuma is mentally preparing himself to spend the rest of his old age in jail 😢🙆🏾 https://t.co/M2vi3RkmEk

While Andre Timotheus made the following observation, referring to the time Zuma spent as a political prisoner on Robben Island with Nelson Mandela during apartheid:

I’m not afraid to go to jail, says Zuma @IOL. Of course criminals, thugs and impostors are not scared of jail… pic.twitter.com/xbHJfVKnZ1

Another Twitter user wanted South Africans to remember how the Dutch and British captured the state in the early days of South Africa's colonisation:

I'm not defending Zuma, but remember the #StateCapture of 1652 by the Dutch and 1806 by the British?

Writing at Black Opinion, Andile Mngxitama called the report “a mess of a document”:

The hastily put together so-called state capture report by the former Public Protector is a mess of a document with illogical lapses, glaring typos and incomplete sentences. But the most shocking aspect of the report is that it is based on some obvious lies which Advocate Madonsela chooses to believe in her somewhat desperate quest to find the elusive smoking gun of state capture by the Guptas.

The publication also promises to provide a detailed analysis of certain troubling aspects of the report:

In the coming days Black Opinion shall provide analysis of each troubling aspect of the report. Here we focus only on that piece of “evidence” from the star witness, Deputy Minister Mcebisi Jonas – yes, he who claims that some R600 million was offered to him in exchange for accepting the job of Minister of Finance by the Gupta family. Of course the man accused of stealing the funeral funds of the late Nelson Mandela refused the R600 million. Someone should ask Jonas, when did he stop being corrupt?