Just a Game? The New Culture of Virtual Red Packets in China's WeChat 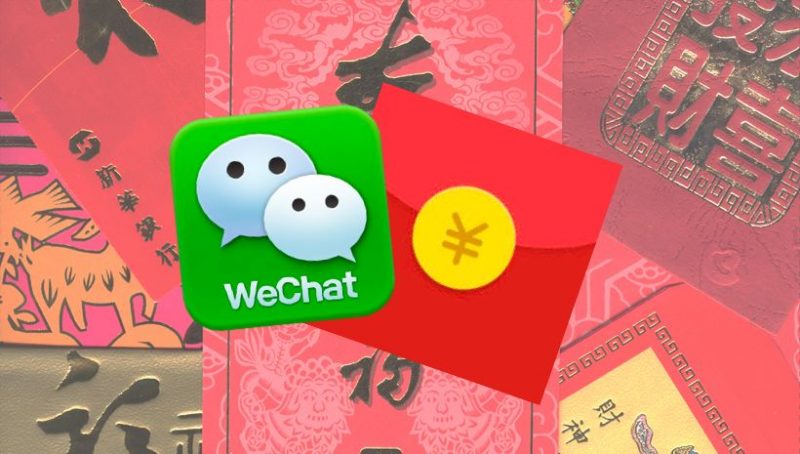 This post was written by Catherine Lai and originally published on Hong Kong Free Press on November 6, 2016. The version below is published on Global Voices under a partnership agreement.

Red packets, which are festive envelopes containing money that are given as gifts, are an important part of Chinese culture, particularly during Lunar New Year. With the popularity of homegrown messaging apps in China, companies such as Tencent have integrated the idea of red packets into their services as a form of money exchange.

As the function developed, a virtual red packet culture has also formed in the mainland around the feature, with users creating games and forming new social habits.

The feature came into the spotlight during the recent election of the postgraduate student representative of the University of Hong Kong Council, where one candidate accused another of using the red packet function to engage in voter bribery. The candidate, Printa Zhu Ke, allegedly gave out red packets worth 80 yuan (approximately 13 US dollars) in WeChat groups. After an investigation, however, the university’s governing council considered the amount involved was “immaterial.”

What are virtual red packets?

The feature of virtual red packets was first rolled out in January 27, 2014 by mainland technology giant Tencent in its mobile app WeChat.

Virtual red packets can be sent as a directed red packet in a one-to-one chat, or in a group, where the sender can specify the number of people who can receive it and amount of money that is put inside. There are packets where one can also specify how much each person can receive, but often times it is the lottery version which is favoured.

Once the red packet is sent, the receiver simply taps on the image of the red packet or – if the sender has specified – types a phrase indicated on the red packet to receive the money. For group red packets, it is a contest of speed, and red packets go to the ones who spot and click on it the fastest.

For lottery red packets, neither the sender nor the receiver knows how much money has been received until the packet is clicked on. Results of the lottery – how many people have opened it and how much each has received – can then be viewed as a list within the details of the red packet.

To take the money gained from red packets out of the system, one would need to connect a bank account to the service.

Settling payments, playing games and everything else

Paying each other for meals or welcoming someone into a group chat are common reasons for giving out virtual red packets.

A game culture has also developed around the feature, such as “Red Packet Chain Game,” where, for example, after an initial red packet, a subsequent red packet must be given by the one who received the least amount of money from the previous red packet, and so on.

The popularity of such games have led to groups being opened for the specific purpose of sending and receiving lottery red packets, as well as scams which promise a much larger amount of money if you pay a certain deposit. Wendy Tang, an independent tech reporter in Greater China, told Hong Kong Free Press:

I think the idea is the fun to be the first to grab the red packets, I think that is the psychology behind the gaming there, that whoever gets it first, or the first group of people that are allowed to receive the red packet can get a piece of pie.

yeah, why not click on it?… if that person is giving you money, if you don’t want it, then don’t take it. It’ll expire in a day. If you want it then just click on it.

Red packet culture is most prominent commercially during the Lunar New Year period, when companies join in the fray to give red packets, and users are encouraged to snatch some of the hundreds and thousands of red packets on offer within a limited time. In previous years, WeChat has also partnered with state-owned CCTV’s New Year Gala, a significant event of Lunar New Year in China, to encourage users to join in the red packet-snatching fray.

Shek said he had used the red packet function many times, during “Lunar New Year, and after meals when one person has paid… everyone will give him a red packet.” He further explained:

For example, when you enter a group, you will give a red packet… to show that you want to be friendly.

What other incentives are there to give such red packets?

Wendy Tang said that it was the “norm” in China to give out red packets when asking for certain favours:

When a user has a request in a group, let’s say there is an article that they published on the WeChat platform and they would like the other users to help this person to spread the contents… So because they want people to do it, they would send a red packet out as an incentive for the users.

I would say though, it’s a norm here in China that I’ve seen, whether it’s… ethical, if we have to come to that question, then I think that it is a whole different culture, a different understanding […] For instance, for reporters in mainland China, they go to press conferences, the conference organisers will usually give out red packets… to the reporters. So that’s again, it’s like the money, there’s an incentive, the idea behind it is transportation fees…[and to] write about the press conference.

When asked, mainland students seemed to believe that the red packet would make little difference to their motivations, at least in voting. Yue, a graduate student studying engineering at the University of Hong Kong, told Hong Kong Free Press:

If he or she wants me to elect him or support him… I won’t collect the money. Because I don’t want to change my decision or my thoughts according to this red packet. I don’t think it is quite suitable.

I think it is meaningless, I can’t see the point of collecting money from [a] group chat […] the [amount of] money is quite small [speaking in general of group red packets].

Shek also said of the election and the suspected vote bribing:

[Group red pockets] these things which can be recorded is not a tactic of bribery […] I don’t really click on it, it’s only a few cents [and it was] very rare that someone will give a big red packet in a group, unless relationships are very good.

He also said he does not feel that he would owe anyone anything if he clicked on a red packet.

Meanwhile, more than 4,000 people with relations to the university have signed a petition calling upon the governing council to disclose the reasons for its decision to not follow up on the matter, and to launch a formal inquiry into the bribery allegation. They also asked the council to evaluate the election procedure.

Chairman of the Council Arthur Li Kwok-cheung has said that while the council has dismissed the complaint, “it was also recommended at the council meeting that the university’s election regulations be reviewed and revised” for the future.