Winter Is Coming: Balkans Prepares for the New Smog Season 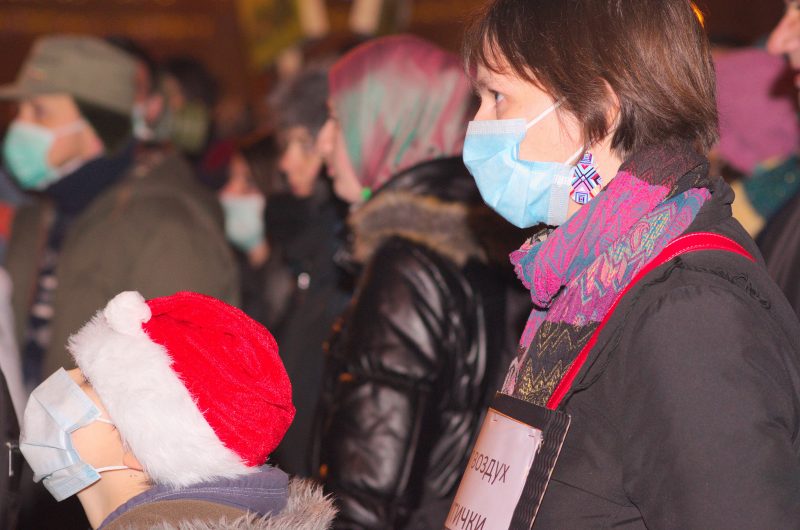 Over the last two years, air pollution has reached dangerous levels in cities across the Balkans. Sarajevo and Skopje have been dubbed the most polluted cities in Europe. The winter season is when the smog is at its worst.

Young people in Skopje recently demanded that the city add more night bus lines by setting up tents at bus stations around the city, and pedestrians and cyclists from Skopje protested for safer streets and better infrastructure for non-motorized transport.

Netizens shared their woes via Twitter, with the hashtag #CleanAir:

The City of Skopje had obtained some steam locomotives, also. #CleanAir

As people migrate to cities at a rapid pace, massive urbanization is one of the biggest global challenges. Greater numbers of city dwellers increase the need for quick motorization, which in turn means a rise in the number of cars on the roads. This is a challenge, especially in developing economies like the Balkans, where — thanks to unreliable, inadequate public transportation and a lack of awareness — the primary mode of transport is still diesel-fueled cars.

Cars run on fossil fuels and emit large amounts of carbon dioxide, particulate matter particles and a whole slew of dangerous gases that create air pollution and threaten people’s health. The World Health Organization (WHO) confirmed this during the COP21 — the sustainable innovation forum and climate conference that took place in Paris in 2015 — when Dr. Carlos Dora said that more than seven million people die each year from air pollution-related diseases, and that diesel is a major cause of air pollution.

“When you mention transport, people immediately think of roads. But we don’t need more roads. We have to create better conditions for public transport and make people think of alternative means of transport, such as cycling and walking,” said Carlos Felipe Pardo from Despacio, a non-profit that engages in research related to quality of life.

However, in mid-July 2016, the mayor of Skopje, Koce Trajanovski, announced that 17 million euros will be invested in the construction of 9,000 meters of new streets and boulevards in Macedonia's capital as a measure to improve the business climate in the country. He mentioned nothing about offering other solutions for public transport or incentives for those who cycle or walk in order to move around the city. 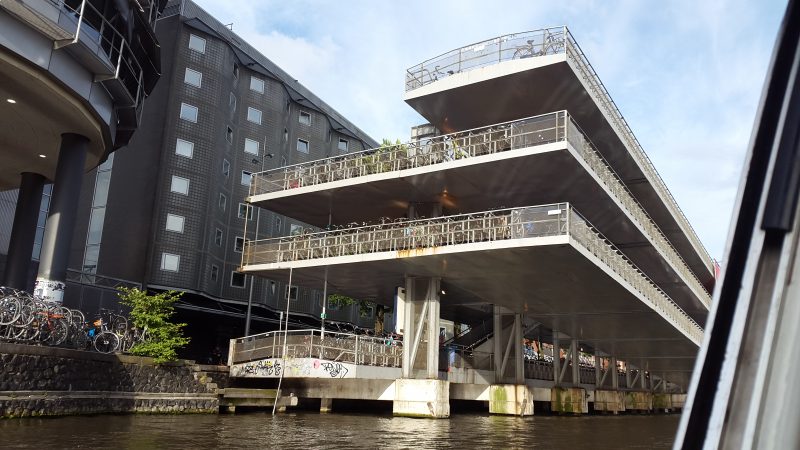 A parking for bicycles in central Amsterdam. Photo by GV, CC-BY.

Norway is one country that shows how such situations can be improved — it has set an example in the use of electric cars on roads, by offering incentives such as removing taxes and offering free parking for electric vehicles. Now, more than one-fifth of new car sales in Norway is for electric cars. Norway, Sweden, Germany and the Netherlands are also countries with the most bicycles per capita, and all of them have vast networks of cycling pathways in their cities, along with tight roads for cars.

Green surfaces in cities across the Balkans have decreased in order to make space for new buildings to accommodate a growing urban population, but experts say the problem is simply poor and unsustainable urban planning. In most polluted cities in Macedonia, such as Skopje and Tetovo, activists and citizens have been demanding accountability from the local governments.

Good morning, Skopje City government! Even during the European Mobility Week, Skopje was full of cars. We demand actions, not declarations on #CleanAir!

As a way to raise awareness about the importance of green surfaces in the city, the Macedonian non-governmental organization Eko-svest is installing vertical green gardens — called “City Tree” — in Skopje and Tetovo, both cities with high air pollution levels. But at a press conference to promote the project, Eko-svest's Ana Colovic Leshoska made it clear: “City Tree is not a replacement for trees, nothing can replace trees.”