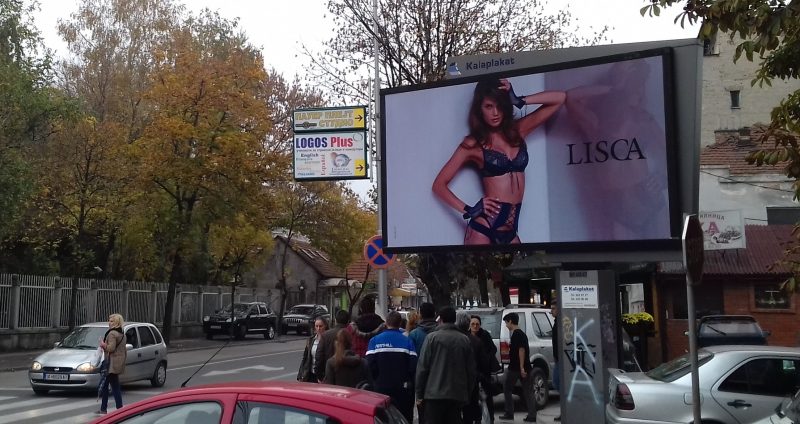 What do Slovenians talk about when they talk about their emigre compatriot, Melania Trump? Taking a look online, interest lies not so much in some scandalous gossip from her past, but in her choice of a local Slovenian lawyer to help her with a defamation lawsuit.

After her husband, businessman Donald Trump, started his presidential campaign, several international media outlets, such as CNN, Washington Post and the Guardian, visited Slovenia in search of scoops on Melania Trump's past. They did not find much to report on.

Born in 1970 as Melanija Knavs, she spent her early years in the town of Sevnica, whose claim to international renown came from the presence of the factory for the lingerie brand Lisca. The reports present the future Mrs. Trump as a normal kid growing up in then-socialist Yugoslavia, who started her modeling career in her teens and then moved abroad through her work, first to Italy, then to the US.

A local Slovenian tabloid called Suzy, however, attempted to stir the pot when it alleged that she was involved in an escort agency during her modeling career. The report failed to draw much media attention, especially after Melania Trump sued American blogger Webster Tarpley and British tabloid The Daily Mail, both of which relayed the accusation, in American court. The Daily Mail retracted the story and apologized.

Mrs. Trump then proceeded to sue Suzy and others for defamation in Slovenia in September.

Her business association with the Trumps has raised some eyebrows in liberal circles, but given the negative reputation of the defendants, some are arguing that Pirc Musar's activity of confronting sensationalism can be considered consistent with her previous work. “You could say Trump is doing something good for a change” sums up many of the sentiments expressed on Slovenian social media.

Pirc Musar actively uses Twitter, and has kept her followers informed about her work for Melania Trump.

We are preparing Melania Trump's response to the false writings by Bojan Požar.

The responses to the above tweet about preparing a legal response to the allegations presented by Bojan Požar, a controversial TV journalist and blogger who is among those being sued by Melania Trump, included cheers and encouragement to “hit him hard” with fines.

Before her marriage to Donald Trump and his presidential campaign, Melania Trump was not overly famous in her native Slovenia, which she left in 1996 when she immigrated to the US.

Donald Trump himself had some international visibility in the former Yugoslav countries due to his cameos in Hollywood movies and TV series, but he established his big celebrity status in the region only after 2004, through his reality TV show “The Apprentice.”