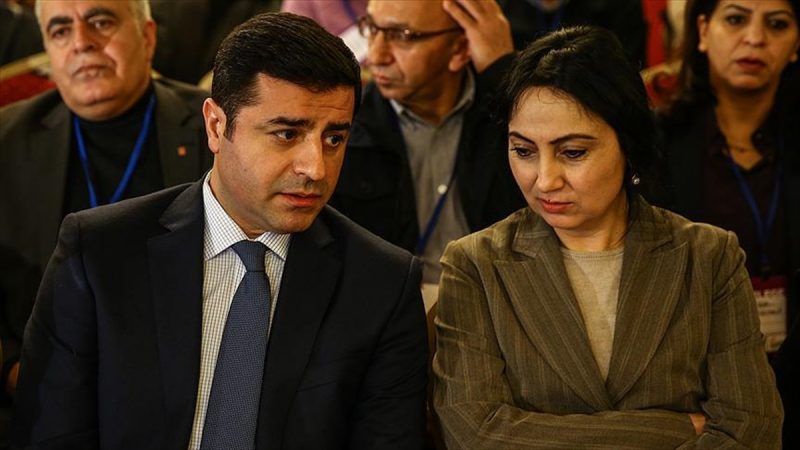 In a development spelling more gloom for an embattled ethnic minority and highlighting the ever-deepening political crisis in the country, the co-leaders of Turkey's opposition People's Democratic Party (HDP) most noted for defending the rights of ethnic Kurds have been arrested, media reported.

HDP co-chairs Selahattin Demirtas and Figen Yuksekdag were reported by Turkish news agencies, Reuters and the BBC as being arrested October 3 along with at least nine other party members in connection with an anti-terror investigation. Dermitas, who like other opposition politicians did not endorse the bloody coup attempt that took place in Turkey in July, has been relentlessly critical of president Recep Tayiip Erdogan's policies towards Kurds, including in an interview published the day of his arrest.

Even for the Turkish government controlled by the dominant Justice and Development Party (AKP) the move carries some risks as Dermitas and Yuskedag have earned reputations among left-leaning Turks, foreign governments and international organisations as principled, combative politicians.

Selahattin Dermitas will go down history as one of the greatest humanitarian politicians. He almost makes me want to become a politician.

The arrests however will be popular with Turkish nationalists, who conflate HDP with the pro-independence Kurdish militants with whom the government recommenced hostilities last summer.

Dermitas' sophistry. No mention of his familial links to PKK or fact that he acts as their mouthpiece https://t.co/1R7H9z1wh9

HDP stormed into the parliament for the first time in June 2015 in the first of two general elections held in Turkey last year, on the back of considerable support from both the Turkish community and young urban voters supportive of the Gezi Park movement that was suppressed using heavy-handed policing two years before.

When the vote was held again following a failure to form a coalition government, HDP only sneaked past the 10% vote share threshold and into the legislature following an AKP electoral campaign full of fear and intimidation that helped them regain a parliamentary majority.

In May Turkey's parliament voted for legislation to strip lawmakers of immunity from prosecution that critics said was intended specifically to target HDP.

The party was excluded from a public and highly politicized show of national unity organised by the government and including all the other parties from the parliament shortly after the coup attempt took place.