Indian Shooter Heena Sidhu Says ‘No’ to Iran's Hijab Rule, and Social Media Rallies Behind Her 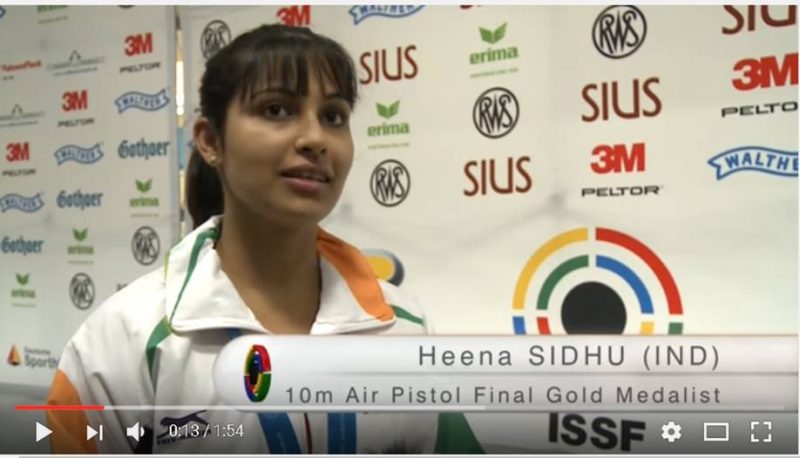 Refusing to adhere to Iran's mandatory hijab for women, Indian ace shooter Heena Sidhu has pulled out of the 9th Asian Airgun Shooting Championship, to be held in Iran in December this year.

Standing by her decision to stay away from the competition, Heena took to Twitter and her official Facebook page to explain her thoughts. On 29 October, she tweeted:

Im not a revolutionary. But I feel dat making it mandatory for even a sportsperson to wear hijab is not in the spirit of a Sport. (2)

She went on to say that it was a personal decision and she would not like to see it politicized and that the focus should be on the competition and not on hijab.

Heena's stand has found a lot of support online, both within India as well as among a section of liberal Iranians.

Absolutely with you @HeenaSidhu10. Forcing athletes to adhere to local dress restrictions at an international meet is poor.

Heena Sidhu pulls out of the Asian Airgun Championships in Iran because of a compulsory hijab rule.
A ridiculous rule.
And, a brave stance.

Referring to a recent visit to Iran by India's Minister of External Affairs Sushma Swaraj, where the minister was seen covering her head, blogger SamSays tweeted:

Even SushmaSwaraj complied with forced hijab dress code in Iran by covering her head with a shawl. Well done #HeenaSidhu for taking a stand.

A lot of support is pouring in on her official Facebook page as well.

Heena's decision to not give into the hijab requirement is being seen as a welcome step by liberal Iranians and applauded by activists fighting against the mandatory hijab imposed on Iranian women. Award-winning Iranian journalist in exile Masih Alinejad, who runs the Facebook page called My Stealthy Freedom which showcases Iranian women discarding the hijab in public, wrote on youth-oriented news platform Youth Ki Awaaz

This is not the first instance of a sportsperson protesting the hijab requirement in Iran. US chess champion Nazi Paikidze-Barnes recently withdrew from a chess championship scheduled to take place in Iran in December for the same reason and is petitioning to have the competition relocated.