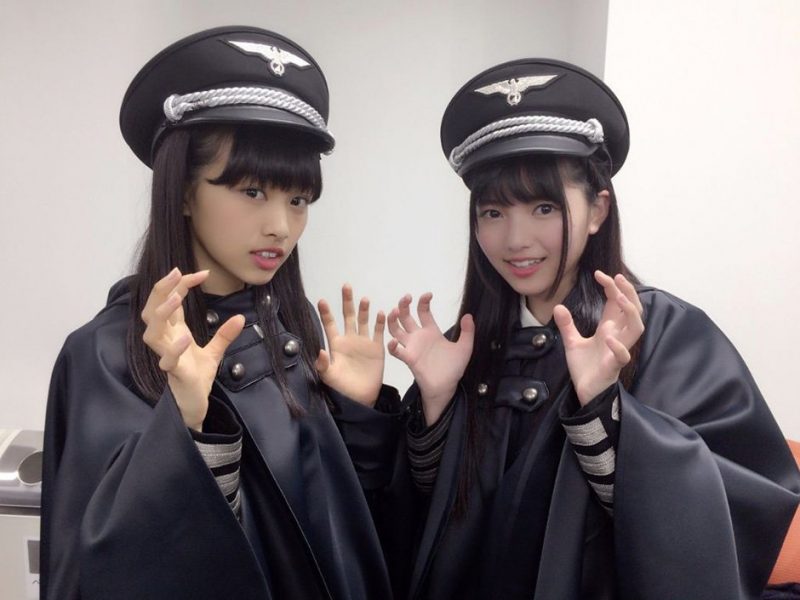 A Japanese idol group caused international outrage after it dressed up in what looked like Nazi uniforms for a Halloween concert in Yokohama on October 22. By October 31, the group's producer as well as their record label Sony Music had made public apologies after being urged to do so by the Simon Wiesenthal Center, a global human rights organization that works to combat Antisemitism.

The group's choice of costumes has also generated a discussion about whether or not claiming to be ignorant of history can truly be used as an excuse for displaying Nazi symbols in Japan.

Keyakizaka46 is an all-girl idol band conceived, created and overseen by legendary Japanese music producer Akimoto Yasushi. Akimoto, 58, has created a number of widely popular bands, including AK48. Music acts such as AK48 and Keyakizaka46 are produced more as musical franchises, with spin-off or satellite groups in different parts of the country, in order to serve local fans. 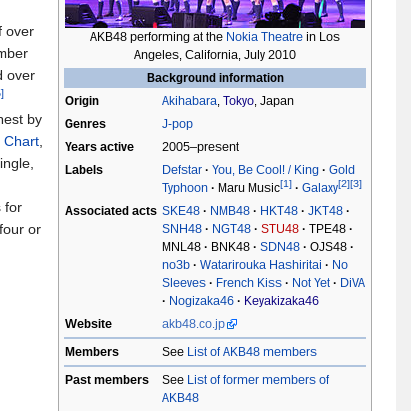 Founded and manufactured by producer Akimoto Yasushi, AKB48 has spun off a wide number of associated franchises, including Keyakizaka46. Screencap from Wikipedia.

The aim of idol bands is to generate as much revenue for record labels, and the young girls who make up bands and their various affiliates are just one cog in a slick marketing machine. The girls are recruited young (many have not even completed middle school before working in the entertainment industry), and their main job is to look cute (rather than intelligent) while on stage.

Wearing uniforms and other costumes is all part of developing a distinctive brand to help differentiate each idol band.

In this case, as producer, Akimoto chose quasi-Nazi uniform to market Keyakizaka46.

So, there was little reaction at first from their Japanese fans the day after Keyakizaka46 unveiled their Halloween costumes in Yokohama in October 22.

The morning after the concert, ZIP TV, a television program appearing daily on Yomiuri-affiliated Nippon TV, remarked that two of the band members looked like “witches” in their military get-up at the Yokohama show:

However, the costume's obvious resemblance to a World War II Nazi uniform was quickly noticed by many Japanese social media users. The term “Nazi uniform” began to trend on Twitter almost immediately.

A day later, one image that explicitly demonstrated the resemblance between the idol band's costume and a Nazi uniform was being widely shared on Twitter and pop culture forums.

The story was then picked up by the English-language media outside of Japan, mostly as another example of “weird Japan”.

Causing “great distress to the victims of the Nazi genocide”

The story simmered on social media and in the English-language press for at least week, until the Simon Wiesenthal Center called on Keyakizak46's record label, Sony Music, and producer Akimoto Yasushi to apologize on October 31:

#SWC Urges Producer and Sony Music to Apologize over the use of Nazi-themed Costumes by Japanese Girls Group,… https://t.co/o34lKpBXG7

The Simon Wiesenthal Center, as an international human rights organization dedicated to preserving the memory of the Holocaust, has long spoken out against Antisemitism all over the world. In its statement about the band's costume, after directly calling on band producer Akimoto to apologize, the Center expressed its “disgust”, quoting Rabbi Abraham Cooper, who said:

Watching young teens on the stage and in the audience dancing in Nazi-style uniforms causes great distress to the victims of the Nazi genocide.

Coincidentally to the furor over the band's uniforms, Rabbi Cooper had been scheduled to travel to Japan as part of an ongoing exhibit on Anne Frank and Sugihara Chiune (a Japanese wartime diplomat given the honor of Righteous Among the Nations) organized jointly by the Wiesenthal Center and Japan's Soka University.

The condemnation by the Simon Wiesenthal Center was in turn widely reported the next day by the Japanese media.

‘We give our heartfelt apologies if we have offended anyone’

Just over 12 hours after the Simon Wiesenthal Center sent out its tweet, both Sony Music and Akimoto Yasushi had made a public apology.

The mea culpa was widely covered in the Japanese media. NHK, the national broadcaster, interviewed Akimoto and an associate company, Seed and Flower, about the controversy surrounding the uniforms.

The drama over the Keyakizaka46 apology keeps getting coverage on NHK (the national public broadcaster)'s morning programs.

What stood out in the NHK interviews of Akimoto and Seed and Flower were the bolded titles that headline the respective apologies: “I'm terribly sorry” (大変申し訳なく思う) from Akimoto, and “We give our heartfelt apologies” (心よりおわび) from Sony.

But the two sides also made an attempt to evade responsibility and even deflect blame for the Nazi-like costumes. Both Seed and Flower and Akimoto claimed a general “lack of awareness” just how much the band's Halloween costume resembled a Nazi uniform.

Akimoto, who is responsible for building the brand strategy of Keyakizaka46 and other music franchises, claimed he didn't know about the uniforms until after learning about it in the media, and seemed to blame his “staff”, Seed and Flower:

I learned about [the costumes] from the news. Those were really unbelievable as costumes. Since I was was not notified beforehand [that such costumes would be used], I wasn't able to check [to see if they were appropriate]. While I doubt my staff had the Nazis in mind when they created the costumes, I was negligent as a producer and as a director. Going forward I'll review [costumes] and will also work to ensure my staff are properly educated.

Seed and Flower, which Akimoto seems to have delegated the responsibility for planning the Halloween appearance, seemed to plead ignorance accompanied by a classic non-apology:

We were all unaware of any resemblance [to a Nazi uniform] that might be made in regards to the color of the costume and its overall design. We give our heartfelt apologies if we have offended anyone.

“Guilty of being willfully ignorant of history”

The apologies were not enough for everyone. Japan's Counter-Racist Action Collective (C.R.A.C.) noted that LITERA, a news site aimed at women that covers literature, media and pop culture, blasted the apologies in an article that has been shared thousands of times on Twitter and Facebook:

“Akimoto's apology for the Keyakizaka46 Nazi costumes is just the worst! He blames his staff, and has no intention to reflect on how the group's act perpetuates discrimination.” [Headline from LITERA article]

Tabloid Nikkan Gendai was also left unsatisfied. In an unattributed article published on November 3, a writer noted the importance of understanding both the historical and contemporary context of costumes that use Nazi imagery:

This is a huge bungle at a time when we see youth in Europe embracing xenophobia as neo-Nazi ideology gains prominence. An apology posted on the web is just not enough.

There may have been no greater intention than get people to think the uniforms were “cool” or “wild” as the idols simple-mindedly waved their hands at their fans as they sang and as they danced. However, this brouhaha can't be simply excused as a “wardrobe malfunction.” It's a more serious issue. The real issue is that there is the tendency to erase the memory of the war and its horrors—to be guilty of being willfully ignorant of history.

Twitter user @lautrea noted there seems to have been a long-time effort to incorporate Nazi imagery into the Keyakizaka brand. Members of the idol group have appeared in the past in similar uniforms—created by noted AK48 costume designer Onai Kimika—on a prime-time program that actually talked about the history of Nazism:

Members of Keyakizaka46 appeared on an episode of “Shikuji-sensei – Tanaka History Cram School” devoted to introducing the topic of Nazism, while wearing Nazi uniforms designed by — you guessed it — Onai Kimika.

Another Twitter user pointed out that this wasn't the first time a girl idol band has been associated with Nazism. In 2008, an associate of Hello Project, an ensemble directed by legendary male producer Tsunku, called Adolf Hitler a “great man” (偉人) while appearing on the television channel TV Tokyo. The incident also prompted an apology and claims of “historical ignorance”:

Tweet: I learned that AK48 (sic) also had the same thing happen. The fact that history repeats itself like this is really bad. A fundamental problem?

For Twitter user @lautrea, who had noticed the recurring Nazi theme of Keyakizaka's costumes, TV Tokyo's apology seemed to be more appropriate than Keyakizaka producer Akimoto's was:

The TV Tokyo apology from eight years ago seems to be how it should be done. TV Tokyo did indeed write that they had “misunderstanding of history” [rather than claiming simply to be unaware of it, as Akimoto had done].

Last week on the program Yorusen, there was a segment called “The World's Great People!” On December 4, we discussed Adolf Hitler. Based on a misunderstanding of history (誤った歴史認識), we aired inappropriate content. To all of our viewers we would like to express our deepest apologies.

NOTE: This is article has been updated.