Viewed from Central Asia, US Democracy Is Looking More and More Like the Region's Own Version 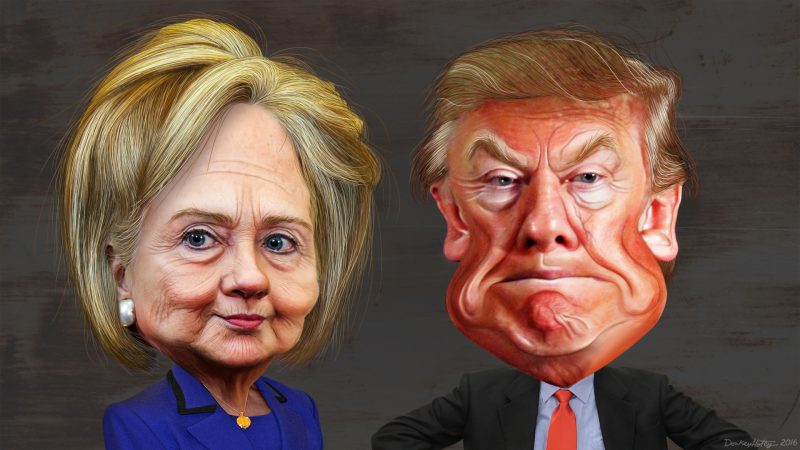 On the eve of the most important, most expensive election in the world, Central Asia's rulers-for-life have plenty of ammunition with which to dispute the value of a competitive domestic political system.

For long-time leaders in the post-Soviet region who champion a colourless and sometimes brutal authoritarian ‘stability’ over genuine electoral contests and basic individual rights, the current US presidential campaign, more than any other before, has demonstrated the divisive influence that populism and even simple political competition can have on a society.

Moreover, regardless of whoever claims victory on November 8, the citizens of the five “Stans” will be able to see something of their own countries’ systems in the new US president. The effect of that recognition might be a further erosion of the faith some of them once had in democracy in the traditional sense, and a deeper cynicism regarding the importance of public participation in politics.

If former secretary of state Clinton, as is expected, becomes the next US president, it will bolster the view—reinforced following the presidencies of George H. W. Bush and George W. Bush—that US politics is dominated by a handful of powerful families with access to a seemingly never-ending stream of funding for political campaigns.

The parallels with states like Azerbaijan, where President Ilham Aliyev succeeded his late father Heydar Aliyev more than a decade ago, and Kazakhstan, where many see 77-year-old President Nursultan Nazarbayev‘s daughter Dariga Nazarbayeva as a potential successor, are there to be made.

The point that Clinton is poised to take power through the ballot box rather than her predecessor's death is moot. Discussions on social media in Central Asia point to the fact that in the United States, Barack Obama's two-term presidency notwithstanding, the same families are propelled towards power by wealth rather than by the people.

Ironically, the United States has been more tolerant of political dynasties than the former Soviet Union. In Kyrgyzstan, President Askar Akayev and his successor Kurmanbek Bakiyev were both chased out of office while trying to edge family members into power. In Uzbekistan, a recent presidential succession appears to have bypassed the hated offspring of late President Islam Karimov, echoing the succession process that occurred in Turkmenistan in 2006, where the presidential family was kept out of the public eye. Only presidential offspring Nazarbayeva, 53, in Kazakhstan, and Rustam Imomali, 28, in Tajikistan offer Central Asia the opportunity of catching up with the U.S. in the “political families” stakes.

Despite the fact that his path to Oval Office seems to throw up more obstacles by the day, there is still a small chance that a racist, sexist, soulless representative of a wealthy clan claims the presidency instead of Clinton. Trump would be the first of his kind in the White House, and a blow to liberal Central Asians trying to make the argument that the politics of the West and the “Stans” are fundamentally different.

One commentator from outside the region has already referred to Trump as Trumpmenbashi—a play on the self-imposed sobriquet the late first president of Turkmenistan, Saparmurat Niyazov, who styled himself Turkmenbashi, or Father of the Turkmen. And Trump's obsession with building enormous towers and anti-migrant walls broadly mirrors the construction craze fuelled by leaders across the Central Asia region. Trump also threatened during a debate to lock up Hillary Clinton, echoing a pro-incarceration sentiment that ex-Soviet politicians tend to harbour towards their opponents.

Although Trump is reportedly popular in certain parts of Moscow, many Central Asians feel he is essentially a businessman out to create a legislative and political environment where his business interests will dominate. Not too different, then, from the kind of ‘tin pot’ dictator they already know well enough.

In spite of being peddled on conservative news sites, it's actually not true that incumbent President Barack Obama has said he might not stand down if Trump wins on November 8, and that he is examining a constitutional loophole that would allow him to stay in power until a second election is held.

Were this the case, however, this would be exactly the kind of political sleight-of-hand that populations in the Central Asia region are all too used to seeing. This year both Turkmenistan and Tajikistan tweaked their constitutions to empower incumbent leaders, while a major tug-of-war is currently brewing over Kyrgyzstan's constitution.

While Obama staying in office is an unlikely eventuality, it would be the perfect gift to the perennial pummellers of Central Asian constitutions. For their insidious political propaganda, however, both Trump the Great and Clinton the Second would still do quite nicely.