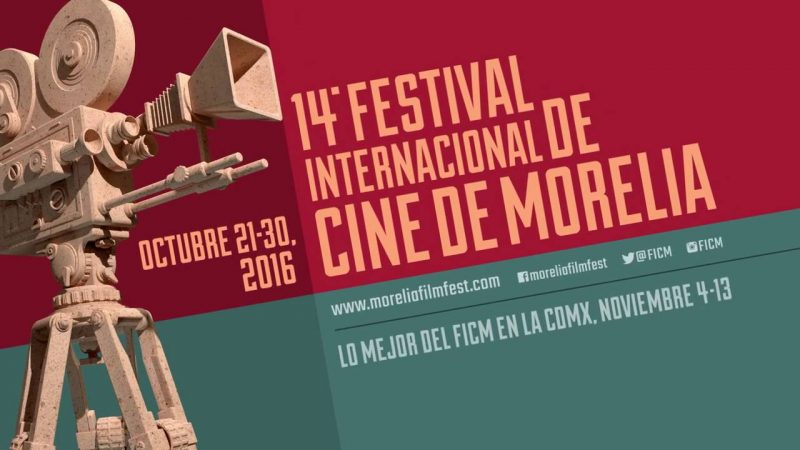 Michoacán de Ocampo, a state in the west of Mexico, hosts the 14th annual Morelia International Film Festival (FICM), an event that attracts enthusiasts and connoisseurs of the “Seventh Art”.

Michoacán is one of the states in Mexico that have been besieged by the so-called war against organised crime. This is the place whence the armed group known as Los Caballeros Templarios (Knights Templar) emerged, and it's also the main area of influence for the Los Viagras (the Viagras) cartel. Fausto Vallejo and his son nicknamed “El Gerber” are also from this area.

Today, though, the news coming out of Michoacán is not about these criminals — today, the news is good because it is focused on art.

The biographical film “Neruda” — about the political persecution faced by the Chilean poet, legislator, and diplomat Pablo Neruda — was the first screened at the festival, as reported by the Proceso website:

The film was released in mid-2016 at the 69th annual Cannes Film Festival in southeast France.

On Twitter, Gonzalo Lira commented on this particular film:

I find #Neruda the best film I've seen so far at the #FICM2016, it will be released by @CinepolisDist in @SaladeArtecine. #Imperdible (#Not to be missed).

Twitter users who have not been able to attend the film festival, like Yenny, say they're eager to see it:

#tristeza (#sadness) for not being able to go to the #FICM2016. Is anybody willing to take me there?

José Arrieta recalled the number of Mexican films that will be presented at the FICM:

Mexican cinema has enjoyed the international spotlight in recent years, with the awards received around the world, but especially thanks to honors earned in the United States from the Academy of Motion Picture Arts and Sciences (for example, by Alfonso Cuarón, Alejandro González Iñárritu, and Emmanuel “the Goat” Lubezki).

This year, the FICM features several special guests, including French actress Audrey Tautou and American actor Willem Dafoe. The names of the rest of the film industry celebrities who are invited, as well as of those who make up the jury, can be found on the official website of the event.